We have just uploaded the 72nd episode of the Alien vs. Predator Galaxy Podcast (right-click and save as to download)!  Our latest episode sees regular host Corporal Hicks interviewing a genuine Colonial Marine, Corporal Dietrich herself; though she goes by Cynthia Scott in the real world! 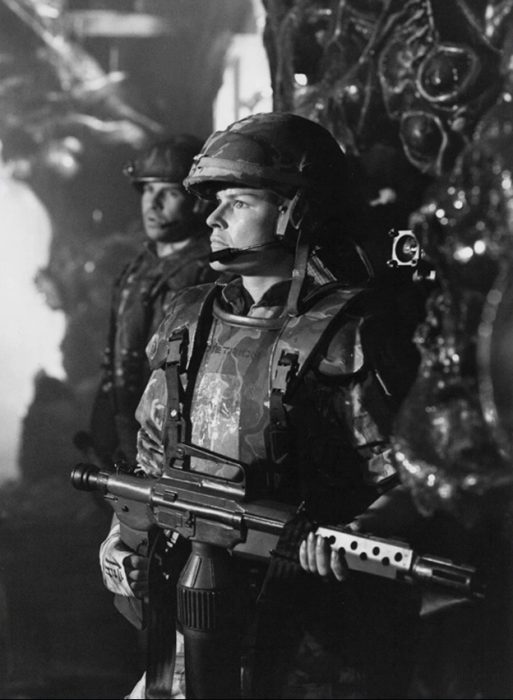 We discuss the casting process, cycling through London to an audition, flamethrowers, recording music during the break in filming, sneaking into the creature shop, the heartbreak of deleted scenes and plenty more! Occasionally Cynthia references a recent event; She’s talking about the Powerhouse Comic Con where she appeared alongside fellow Aliens actors Carrie and Christopher Henn and Ricco Ross.

At one point I mis-remember that Apone killed the cocooned woman, not Dietrich.  Be sure to also head on over and check out Cynthia’s website or give her a Follow on Twitter.

What did you think of our latest episode? Be sure to let us know down below! You can also listen to any of our previous episodes in the Podcast section under the News tab on the main menu. The Alien vs. Predator Galaxy Podcast is also available via iTunes, PodBean, GooglePlay Stitcher and now YouTube!