NECA has just announced a brand new Aliens two-pack featuring some surprise figures! We’ll be getting our first Carter Burke action figure, complete with a goofy Burke expression, a Hadley’s Hope diorama sign and a new concept figure of the Alien!

“This very special action figure set is themed to the events that occur in Hadley’s Hope during Aliens and continues our 30th Anniversary celebration. The set includes the first-ever Carter Burke with the likeness of Paul Reiser, a special edition Concept Aliens Warrior with Dome, and a replica of the population sign for Hadley’s Hope.

Weyland-Yutani company man Carter Burke makes his action figure debut in this set! He stands approximately 7” tall, has over 25 points of articulation and features the likeness of Paul Reiser. His sculpt is completely faithful to the movie.

The Concept Warrior is based on James Cameron’s original concept for the Alien, which he envisioned with a semi-transparent dome and in a darker color scheme. (This was changed early in production.) It utilizes the new “Ultimate” Alien body, which has many upgrades, including added articulation and increased range of motion in upper torso and neck, plus a re-engineered tail assembly which provides an additional swivel as well as having a bendable portion. The figure stands over 9” tall and has over 30 points of articulation. 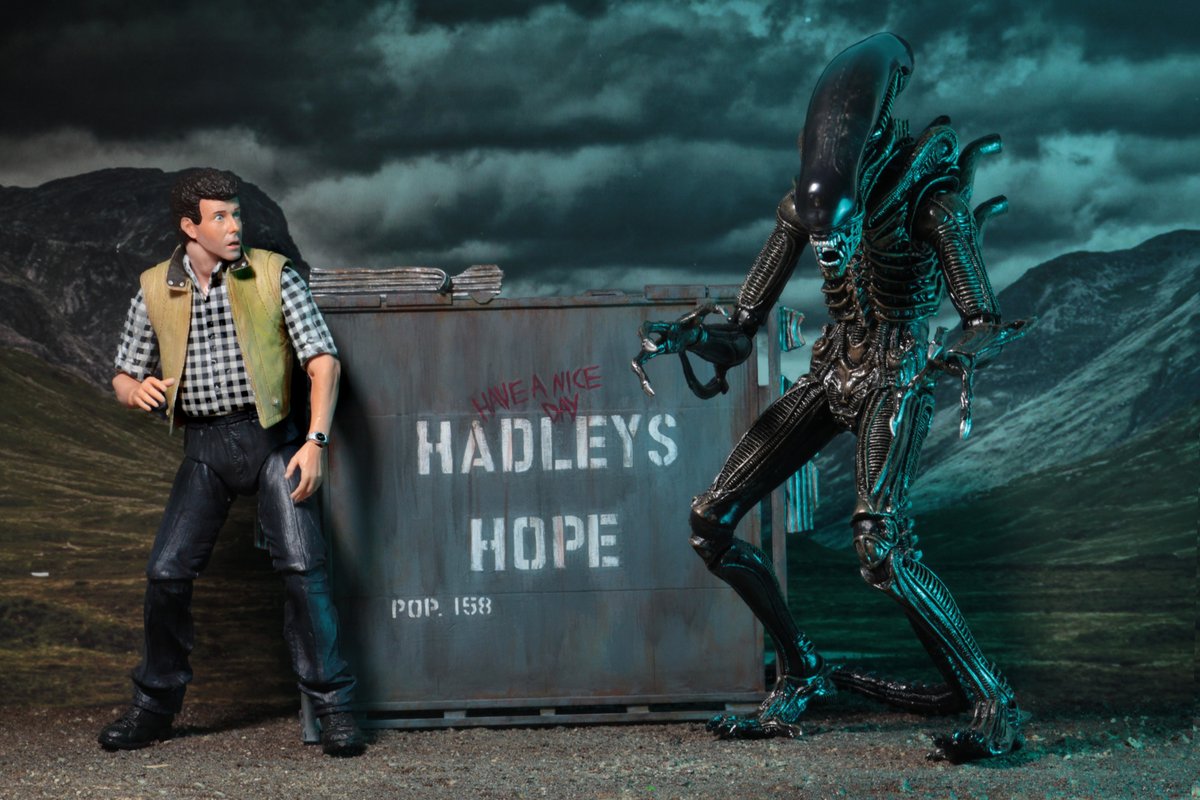 The Hadley’s Hope two-pack is currently slated for release in October! NECA’s Alien: Covenant series should now be hitting stores.