“Colonial Marines on the planet Tartarus battle extraterrestrial hunters over the possession of a mysterious horseshoe-shaped spaceship of unknown origin. The Weyland-Yutani rep wants the ship, and the marine captain wants to protect her crew. But neither objective is likely when a band of Predators attacks! Predator: Life and Death begins chapter one in a new story cycle involving Predators, Aliens, and the mysterious Engineers from Prometheus!“ 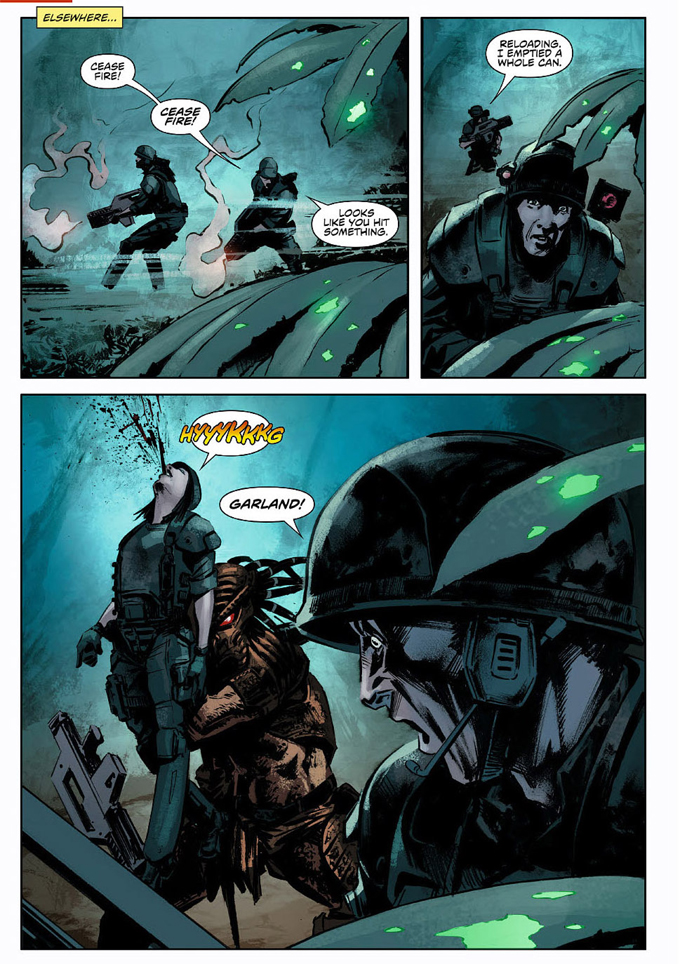 Alongside the preview, Previews World has also uploaded a short interview with the series writer, Dan Abnett: “I’m trying to play the marines as a credible, capable team of experienced soldiers. They’ve just been through a busy tour, and seen action, so they’re not rookies. There are no ‘warm bodies’… I guess that means that when the action starts, the casualties are going to matter. No one’s going to get dead because they do something dumb. They’re going to get dead because they’re up against something deadly. I want these to be rounded human characters, people we care about rather than ‘red shirts’.”

As well as the interview and the Predator: Life and Death #1 preview, the solicitations for April went online yesterday giving us our first glimpse at the cover art for the second issue of Life and Death and for the Mark A. Nelson variant cover art of Alien: Defiance #1: 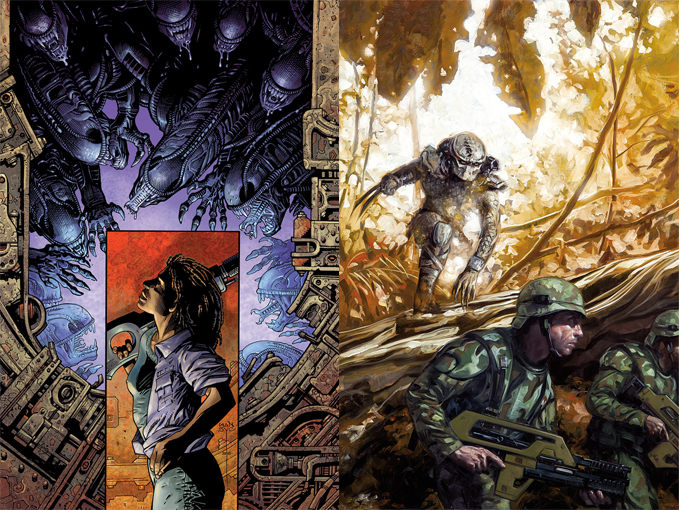 The name Mark Nelson should be recognizable to people as the man who did the interior artwork for the very first Aliens series published by Dark Horse in 1988. Predator: Life and Death #1 is due for release March 2nd 2016 and Aliens: Defiance #1 is due out April 27th. Thanks to Ultramorph for the links.

Updated 19/01/2016 – Bleeding Cool has shared an additional 4 pages from the middle of the first issue of Predator: Life and Death.