Dark Horse Comics has updated their website with the preview for the upcoming second issue of the Alien vs. Predator chapter of the Life and Death series:

“The Alien horde is coming, but before they face that enemy, the Colonial Marines and Ahab, their Predator ally, have to win the help of a newly arrived Predator clan. Acceptance by the tribe means Ahab must fight their champion—to the death!” 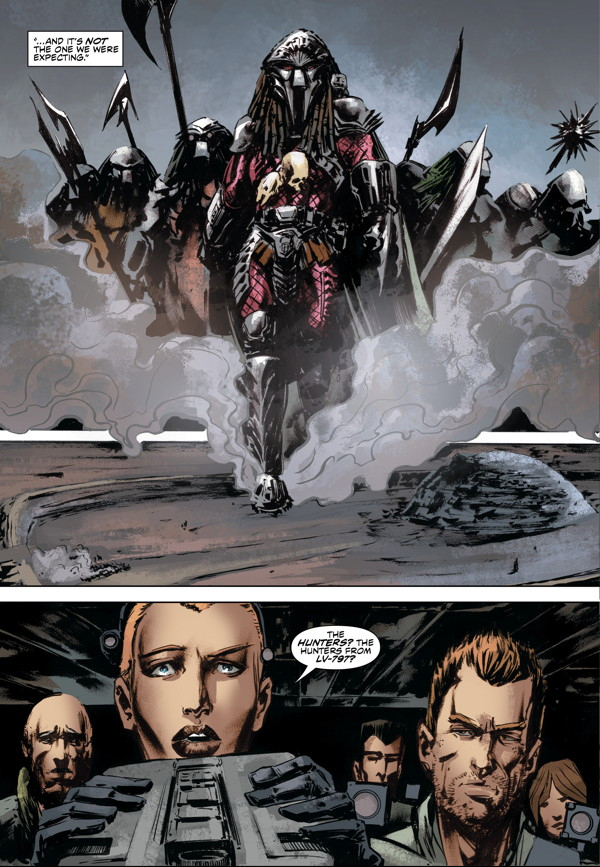 Thanks to Ultramorph and Russ840 for the news.