Dark Horse Comics has recently updated their website with a preview for the upcoming Aliens: Life and Death #2. Naturally, expect some spoilers!

“Up till now, the Colonial Marines have been reacting to attacks by the Predators and the Engineers. But having escaped LV-223, they make the decision to return and fight—against the deadliest adversaries in the galaxy!” 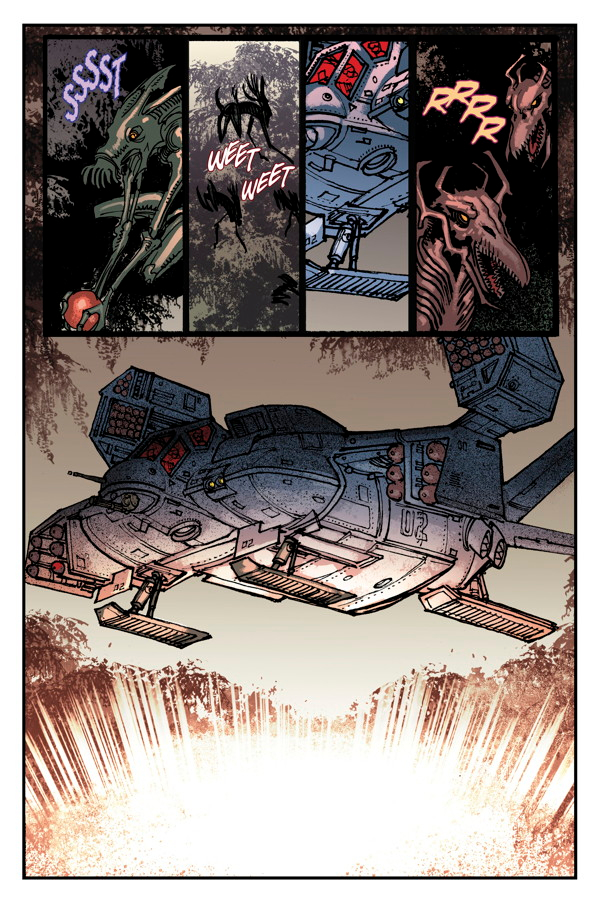 AvP: Life and Death #2: “The Alien horde is coming, but before they face that enemy, the Colonial Marines and Ahab, their Predator ally, have to win the help of a newly arrived Predator clan. Acceptance by the tribe means Ahab must fight their champion—to the death!”

Aliens: Defiance #9: “A fledgling alien, kept alive in a deep freeze for the purpose of learning its weaknesses, wages a psychological war on Zula, Davis, and Hollis. They try to keep it together, but an attack on the Europa by space pirates forces the trio to weaponize what they seek to destroy.” 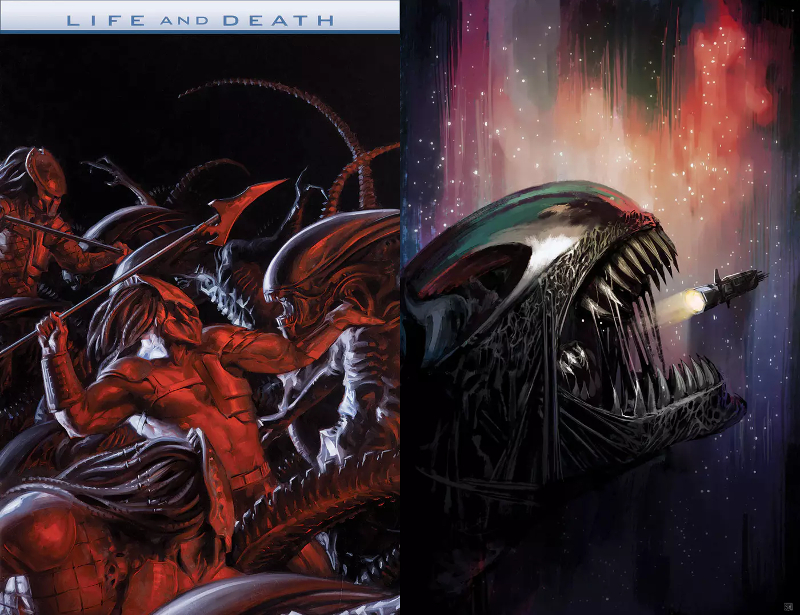 Thanks to Ultramorph for the news.