The power glove is another tool at the Predator’s disposal and is featured in 2007’s AvP Requiem movie. This glove which is fused just under the wrist computer encompasses his hand and he can smash his way through just about anything. In the film, the Wolf Predator uses it to escape the sewers to chase after the escaping xenomorphs.

To create the power glove for use in the film. it was sculpted in clay on a resin cast of the Predator’s hand for accuracy. An early design for the power glove was going to transform and expand the Predator’s armour so that it covers his entire left arm. There would have been flanges on the side to protect him from any Alien acid. 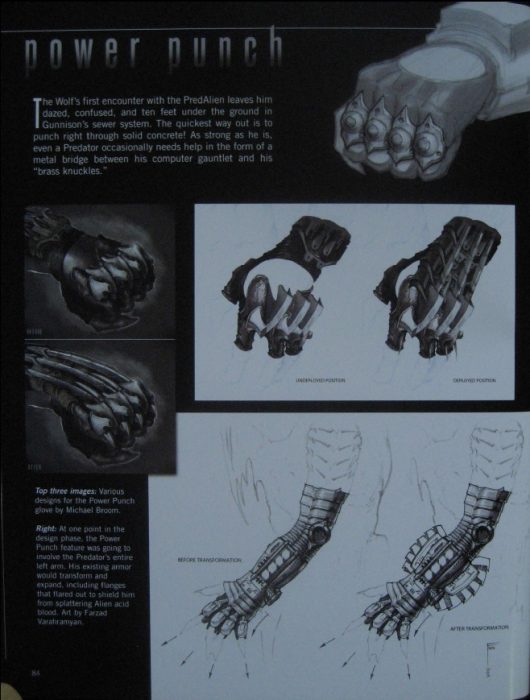 Early designs for the Power Glove.