Over the course of the last ten or so years there have only been 3 predator novels, all based on comics. Forever Midnight is the first Predator novel in some time and the first original one. I had chance to interview author, John Shirley, about the new novel. 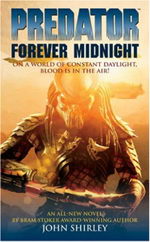 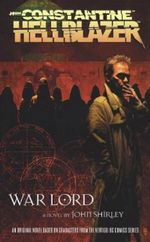 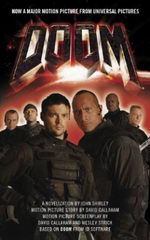 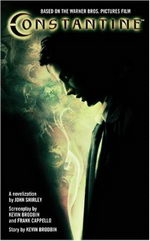 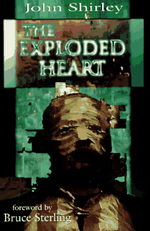 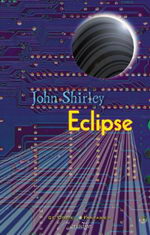 Corporal Hicks – First off, thanks for agreeing to this interview. Could you please tell us a little about yourself?

John Shirley – I’m a writer, with many novels and books of short stories out, and have done a good deal of screenwriting, eg ‘The Crow’, with David Schow, and a lot of episodic television, like VR5, and Deep Space Nine; I and am also a songwriter (I wrote most of the lyrics for the two most recent Blue Oyster Cult albums ‘Heaven Forbid’ and ‘Curse of the Hidden Mirror’ as well as my own songs) and former singer in various punk and progressive rock bands. I write a good deal of nonfiction too–I wear a lot of hats. My best known novels are DEMONS, from Del Rey books, CRAWLERS, also from Del Rey, ECLIPSE from Warner books, now in a Babbage Press edition, CITY COME A-WALKIN (edition with an introduction by William Gibson is out from Four Walls Eight WIndows), and A SPLENDID CHAOS. My story collection BLACK BUTTERFLIES won the Bram Stoker award. I’ve done a few tie-in novels, most recently JOHN CONSTANTINE, HELLBLAZER: WAR LORD (it’s just coming out this month), and BATMAN: DEAD WHITE. And of course PREDATOR: FOREVER MIDNIGHT.

Corporal Hicks – How did you end up writing ‘Forever Midnight’?

John Shirley – My agent thought I’d be a good fit–she suggested me to Rob Simpson at Dark Horse. I have written a lot of edgy, action-oriented, very dark science fiction, so that probably made me apt for the job. I wrote a fair amount of cyberpunk and it has a sort of bleak toughness that the Predator stories share.

Corporal Hicks – How exactly does a book evolve? Do you create an outline etc.?

John Shirley – It varies, but when one writes a tie-in for a pre existing franchise, like Batman or Predator, one must write an outline that will be approved by the people who own the franchise, the studio or whomever. DC comics in the case of Batman. Some novels, like my new novel THE OTHER END I write somewhat improvisationally, but always with a sense of how it will end and where I’m going with it. I make some up as I go but I also write notes to myself to follow later…

Corporal Hicks – How long have you been working on ‘Forever Midnight’?

John Shirley – I worked on it during the summer, but there were other things I had to do too.

Corporal Hicks – What can you tell us about the story of this novel?

John Shirley – It’s set in the future–it’s a bit innovative in terms of Predator stories (though there’s a brief prologue scene set back in 1804!). In this one we’re first en route to an alien world humanity plans to colonize, a jungle world where the sun is always shining ( Midnight is a sort of ironic name for the world) and there’s an encounter in space with a Predator ship; our heroes crash land in the multi-leveled jungle of the planet Midnight. The jungle is so hugely thick there that it’s quite dark at the lowest levels while the sun always shines up above. The heroes have to make their way to the colony, getting past various dangers, including the Predators. But I also tell some of the story from the point of view of the Predators, and I speculate quite a bit about their culture and their biology, their means of reproduction and so on. So the story is a sort of sandbox for me to play in, I can make up all kinds of bizarrity and have fun with surreal imagery and wild action and creating otherworldly organisms…The planet turns out to be a sort of hunting preserve for Predators who’ve been dropping humans there for centuries and hunting them down. But some of them escaped and formed primitive communities in the jungle–these ‘atavites’ are dangerous to the heroes of the novel but eventually become allies…Meanwhile the protagonist is trying to get to his estranged wife and his son before the Predators do…the Predators are not pleased by the presence of the colony!

Corporal Hicks – When about is the novel set? In relation to Predator/Alien vs Predator and Aliens maybe?

John Shirley – I wasn’t allowed to bring the Predator vs Alien story in at all. FOREVER MIDNIGHT is set a good century in the future…

Corporal Hicks – How involved were DH Press and Fox during the creation of this novel? Did you have any guides or rules you had to follow?

John Shirley – They gave me a ‘bible’ which is exactly that, a sheaf of pages comprising a set of guidelines. I tried to follow them to the best of my ability as the Predators are not my creation. But there were areas of creative flexibility and I used them to the fullest!

John Shirley – I get into the heads of my characters, their background, their personal dilemmas outside the main combat action (not that there isn’t lots of action, the book is full of it). My primary hero is estranged from his wife and wants to get back together with her–another viewpoint character is their son who wants his mom to forgive his dad. I also have an interesting twist in the story–a human being is captured by the Predators and then brainwashed, mind controlled to be their puppet. It’s part of a new experiment they’re carrying out. Also I introduce some insectlike aliens who work for the Predators as their technological experts, and they have helped create a whole method of mind control that is like controlling characters in a videogame…This is a somewhat satirical element of the story. The character who’s brainwashed gets to see things from the Predator point of view, and *thinks he is one* for awhile! So that’s a pretty distinctive approach to getting into the Predator side of the story.

John Shirley – I’ve seen two of the three Predator films including AvP, but don’t really use AvP as I wasn’t allowed to though some of that Celtic flavor may’ve snuck in. I mostly let the first two films be my inspiration. I haven’t read the comics though I’ve read the ‘bible’ for the comics.

John Shirley – As usual with such things, it depends on how it sells! I would probably write another if they hired me to as I enjoyed it, it’s good old fashioned science fiction story telling of the sort I thrived on as a boy. But sequels would probably depends on how popular this one is.

Corporal Hicks – Can you tell us a little about the title? How exactly does ‘Forever Midnight’ fit into the story?

John Shirley – It’s always dark, in other words ‘Forever Midnight’ on the lowest level of the multitiered jungle on the alien planet.

Corporal Hicks – You have written a number of sci-fi books, including novelizations of Doom and Constastine. What inspired you to write sci-fi?

John Shirley – I grew up reading it. The real world is a pretty awful place, in many ways. I was just reading about the atrocities committed in the name of magically ‘curing’ people in Africa, and about the horrors of war in other places–fantastic worlds are preferable. They may be dark but at least they have wonderful possibilities and romance (both the sort involving love and in the broader sense) and they enable the writer as well as the reader to ‘escape’.

Corporal Hicks – What do you enjoy doing when you’re not writing?

John Shirley – I write songs, and I read, though mostly nonfiction. My favorite reading is Patrick O’Brian. I have in the past enjoyed a good many fantasy novels, I liked Michael Moorcock, Tolkien, and friends…but now I tend to read biographies and such. I go to lots of movies too and continue to write scripts…

John Shirley – I like the first one and the third one. The second one had its good elements but I thought AvP had lots of nice touches and was a fun, creative combination, well directed. The great one though is the first one, which to me is a classic. It’s a ground breaking film, really well directed. I *think* the same director did Goldeneye which is one of the best Bond films.

Corporal Hicks – Thank you for the interview. Do you have any last words..oh and how about a preview of the novel for the eager fans out there?

John Shirley – I’ll just warn fans that I’ve expanded the back story, the myth, the ‘facts’ about Predators a lot in this book and I hope they like them. Here’s a brief early scene from the book as a preview:

‘A Predator stepped through the door Brackett had come through””and Ness and Georgie stopped cold, staring at it. The alien warrior was enormous, it had to stoop to fit into the corridor. A long razorsharp scythelike weapon attached to the back of its right wrist still dripped crimson with Brackett’s blood. On the Predator’s left wrist was a control gauntlet, probably for communication, life support””who knew what else. It flickered with arcane symbols. A meshlike armor stretched over its massive chest and it wore heavy, sectioned boots of some light but hard synthetic; its groin (there was no telling what gender it was), was covered by a wedge of metallic cloth; bits of bone were tangled in the ropy growths around its head. On its right shoulder was a miniature cannon on a short strut, its front end slightly charred from many discharges. Around its waist was a belt of cryptic equipment. The opaque goggles of its triangular helmet revealed nothing; yet everything about the alien spoke of menace.

Seeming unconcerned about Ness and Georgie””Ness felt a bit insulted””the Predator bent its knees and scooped up Brackett’s head, with its left hand, holding it by the hair.

Then several things happened””in a handful of seconds…