I recently had chance to sit down with Robert Greenberger, one of the men responsible for bringing us DH Press’ latest Predator novel, Flesh and Blood. 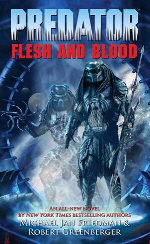 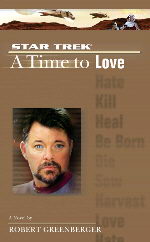 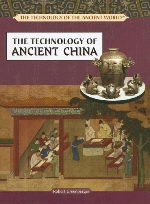 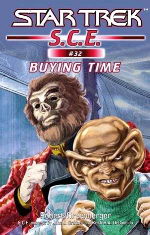 Corporal Hicks – Hello Bob. Thanks for agreeing to this interview. First off, for those of you reading the interview who don’t know you, can you tell us a little about yourself?

Robert Greenberger – I love pina coladas and getting caught in the rain. I’m a 20 year veteran of DC Comics, 3 years at Starlog, 1 year at Marvel Comics, 10 months at an internet startup and six months and counting as Production Manager at Weekly World News. In and around the day jobs, I’ve been a freelance writer of fiction and non-fiction, heavily weighted towards Star Trek, a first love.

Corporal Hicks – How long have you been a fan of the Predator franchise?

Robert Greenberger – I thought the first movie was incredibly well done and effective, an entirely different look at first contacts. Since then, I’ve actually only read the comics from various publishers and none of the novels, save Forever Midnight.

Corporal Hicks – Which movie would you say is your favorite and why?

Robert Greenberger – See the above. The second movie went in entirely different direction in both look and feel and didn’t work as well. Once the Predator became familiar to Danny Glover and company — and the audience — it stopped working.

Corporal Hicks – Flesh and Blood is by no means your first novel. Like the other authors behind DH Press’ resurrection, you’re a very seasoned author with many Star Trek novels under your belt. Do you think coming from other popular franchises such as Star Trek helps you writing in new territory such as Predator?

Robert Greenberger – Working with other media tie-ins teaches you to respect other people’s property and leave them as directed. It also teaches you to work nimbly and fast since approvals from a studio and a publisher tend to eat into the time you allot for actually writing the story. You also learn how to work with the short hand of adaptations — you can skimp a little on describing a Predator since the readers tend to know what they look like.

Corporal Hicks – Can you tell us about the story of your latest novel, Flesh and Blood?

Robert Greenberger – Rival members of a family are brought together when the patriarch dies. The family business is a sordid one and Andar, our protagonist, has stayed away from it and now finds himself dragged back in. Worse, his cousin Derek has found a way to bring the Predators to the world Felicity, targeting Andar and his colleagues. Hilarity ensues.

Corporal Hicks – For your co-author, this is his second Alien / Predator related novel for DH Press. However, for you, it’s the first. How did you get involved with Flesh and Blood?

Robert Greenberger – Mike invited me aboard to help him out when it appeared his crowded schedule meant he didn’t have as much time for a solo novel. However, he likes the franchise, likes the editor Rob Simpson and didn’t want to pass this up so since we’ve worked well together in the past, this made sense.

Corporal Hicks – How long did it actually take you to write this novel and what process did you go through when creating it?

Robert Greenberger – Mike had the initial idea back in the winter of ’06. He had a two-page pitch that went to 20th Century-Fox for approval and we were given a June deadline. 20th approved the outline in August and we had to rearrange our schedules to fit this in. Mike turned the two pages into a 6-8 page chapter-by-chapter outline and let me loose. Despite the approval delay, DH Books still wanted the book for early 2007 so I had to crank out a very fast (for me anyway) first draft. I effectively wrote the first draft the first 24 days of November (skipping Thanksgiving). I spent early December tinkering with a second draft awaiting Mike being ready for the hand off.

Corporal Hicks – You also worked with Mr Friedman on Q’s Guide to the Continuum. How does it feel to be back with him for this novel? Has his experience working with DH Press previously helped you?

Mike and I have known each other about 20 years now and I’ve edited him at DC and we’ve come to help each other throughout our careers. As a result, we’re very comfortable with each other’s work habits and point of view. Fortunately, our ideas for stories may differ, but our writing styles mesh nicely.

Corporal Hicks – How exactly does co-authoring work? Do you write one chapter and Mr Friedman do the next?

Robert Greenberger – We vary it up. Mike likes consonants so I get the vowels and punctuation. Seriously, it really differs project to project. In the past, I’d take a kernel of an idea we’d discuss and then turn it into an outline, structured so the main characters got split up and we’d each take a section and run with it. Mike would then do the final polish, making every fit neatly in place. For this, it was his idea, his world, his characters and after a few discussions, I sat and brought them to life. No doubt, once he gets the manuscript for a final draft, he’ll tweak some of
the characters and action and add some of his own ideas.

Corporal Hicks – The Perry’s created their own version of Predator culture in Prey and War. This is the culture most known by fans but Forever Midnight, the predeccesor of Flesh and Blood created a new version of the Predators. Does your novel follow on from Shirley’s novel and have to follow it’s “cannon” or does your novel take place in it’s own universe?

Robert Greenberger – There are certainly elements from Forever Midnight we use but we do not use everything John Shirley established. The most glaring example was Mike’s insistence the Predators do not talk. In other words, we tell scenes from their POV but at no point do we give them dialogue. Again, our instructions were to ignore what was established in the non-DH Books novels and start fresh. Much of what I lifted from FM were references to events on Earth and the name Hish for the Predators’ race.

Corporal Hicks – Speaking of Forever Midnight, have you read the novel and if so what did you think of it? Have you read any of Nathan Archer’s novels?

Robert Greenberger – I read FM and enjoyed John Shirley’s approach. His characters were fun and the world was an interesting setting for the story. I have read Nathan’s other work and like him as a person, but not any of his Predator material.

Corporal Hicks – Will we be seeing any other of the Predator’s slave races? Or other things hinted at in Forever Midnight?

Robert Greenberger – The only things continued from FM were strictly references to the state of life back on Earth and how little the common man knows about the Predators. Rob really wants these first few books to feel connected but not slavishly so.

Corporal Hicks – While your novel is set before Forever Midnight, does it feature any little nods or hints towards the novel?

Robert Greenberger – Actually, I see our novel occurring within a year before or after FM and we don’t peg its exact place in the chronology. If Mike or Rob or even 20th want it anchored, we’ll find an appropriate place.

Corporal Hicks – The idea behind the novel is very unique – for the Predator franchise at least. How do you think fans will react to Predators “working” with humans? Especially given that some of the negativity directed towards Alien vs Predator was because of the co-operation between Lex and the main Predator characters.

Robert Greenberger – The Predators don’t realize at first they are working for a human and when they learnt he truth, well, things get dark.

Corporal Hicks – You’ve already said you wont be getting into the heads of the Predators, but what exactly are you adding to the Predator/Hish mythos?

Robert Greenberger – I think, unless Mike totally rewrites me, that we’ll have more about the respect the Hish culture has for the Hunt itself. We explore how differing Predator clans view the Hunt and how they conduct a Hunt and as a result, two Clans trying to cooperate is just a powder keg with lit matches nearby.

Corporal Hicks – The novel may be one about Predators, human characters are just as important. The characters described in the synopsis, the Ciejek clan, don’t sound like the type of characters the reader could connect with. Tell us a little about the main human characters of this novel.

Robert Greenberger – Andar is a likeable enough guy, someone who rejected the family business and only came back for the reading of the Will. If he inherits any of the business, he’ll want to legitimize it and you can root for that. He’s also unaccustomed to the rough and tumble “family” life so has to start adjusting fast when the shooting begins. He’s definitely the readers’ POV character and we’ll see everyone through his eyes.

Corporal Hicks – Is Flesh and Blood left open for any direct sequels to the novel?

Robert Greenberger – Yes, some of the surviving characters (without naming names!) could be seen in some subsequent story but we do not leave any open threads. We want the readers satisfied with Flesh & Blood and then demand DH rehire us for a sequel.

Corporal Hicks – We know from interviews with other DH Press authors that they are given a bible. Can you tell us a little about this bible and how what it’s like writing with one?

Robert Greenberger – The Bible is fairly brief and is a just-the-facts-ma’am approach to the Predator world with some dos and don’ts.

Corporal Hicks – What inspired to become a writer?

Robert Greenberger – Clark Kent. Seriously, growing up on the Adventures of Superman television series in reruns, I really liked Clark and the work he did at the Daily Planet. That led me to journalism and writing and after years of non-fiction, I branched out to fiction. It satisfies a creative need I have and is a great complement to my various day jobs.

Corporal Hicks – Where do you draw your inspiration from?

Robert Greenberger – It all depends on the project. If it’s a media tie-in, I figure out what appeals to me about the characters or their world, what unexplored nooks and crannies might exist. In this case, I liked doing a little exploring into the nature of the Predator society.

If it’s something original, I try and come up with a fresh approach to a theme or character and see what I can do with it.

Corporal Hicks – Thanks for the interview. Do you have any last words? Maybe a little paragraph from the book?

Robert Greenberger – While I’d love to sneak a peek at the novel, I can’t until my partner does his part and 20th blesses the finished product.

Being my first visit to this particular universe, I found it fun and hope the diehard fans are kind — first, that they read it and then provide me and Mike with constructive feedback.