So you’re sat there, reading this interview. An interview on an Aliens and Predator website. Two franchises that some how ended up becoming connected somehow. That connection was thanks to one particular man, one man known as Randy Stradley, who I had the pleasure of interviewing. 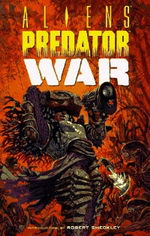 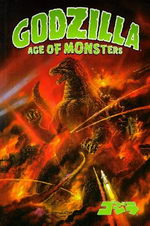 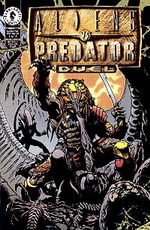 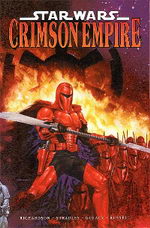 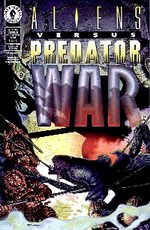 Corporal Hicks – Thanks for the interview. First off, tell us a little about you and what you do.

Randy Stradley – I’m the “seniorest” of the senior editors at Dark Horse. Right now I oversee our Star Wars line. There’s a great deal of boring logistical stuff involved with editing periodicals — setting schedules, tracking workflow, writing work orders, and that sort of thing. But there’s also a lot of fun, creative work to do — cobbling together future storylines, the actual editing of scripts and art, etc. But it’s not all “fun” fun. Almost all of it is hard, mentally challenging work. But it’s rewarding.

Corporal Hicks – You wrote the original Aliens vs Predator comic, as well as Duel and War. What other comics did you do?

Randy Stradley – As well as the Aliens vs Predator comics, I also wrote a number of Star Wars comics including Crimson Empire and Jedi Council. I also did a Godzilla comic called Age of Monsters and the Abyss adaption.

Corporal Hicks – So tell us how the idea for the original AvP comic came to be.

Randy Stradley – Gosh, this story has been told a hundred times. If you watch the bonus features on the AvP Special Edition DVD you can see myself, Mike Richardson, and chris Warner all tell our versions of the story. Essentially, we were having a brainstorming meeting, discussing a possible crossover with DC, when it occurred to Chris Warner that we were publishing Aliens comics and Predator comics (both owned by Twentieth Century Fox), and that it wasn’t much of a stretch to imagine Aliens Versus Predator. It took like five minutes to close the deal with Fox.

Corporal Hicks – Where did some of the ideas for AvP come from? Such as the blooding?

Randy Stradley – I lifted that from the British fox hunting tradition of rubbing some of the fox’s blood on the face of the successful first time hunter. Of course, with Alien blood, the mark is permanent.

Corporal Hicks – How did you come to write the comic? And the sequels for that matter?

Randy Stradley – I got the first job probably because I spoke up first. I think at first Chris Warner and I were going to work on it together, but he was currently penciling a Terminator comic and had to bow out of the project. On the sequels, publisher Mike Richardson had a story he wanted to do, and he had decreed that there would be no sequels until he wrote his story. Ultimately, though, he had to break his own rule because he realized that all of the movie stuff he had going on (both The Mask and TimeCop were filming at that time), he wouldn’t have time to write his story. I don’t think he ever did.

Corporal Hicks – The original comic had some artist trouble, it went through several different artists if I remember right?

Randy Stradley – Phill Norwood penciled the first four issues (if you count the #0 issue), and Chris Warner (who had finished Terminator by then) drew the final issue. It was Phill’s first foray into comics, and I don’t think he had anticipated how much work it would really be. Phill normally works designing and storyboarding for films — which is a whole different kind of hard work — but it pays a lot better than comics. Phill worked on Terminator 2 and The Abyss, just to name a couple.

Corporal Hicks – Of the artists who worked on the various Alien / Predator comics you have written, who has been for your favourites?

Randy Stradley – Phill and Chris would be my favorites. They each have different strengths as artists, but they’re both consummate storytellers.

Corporal Hicks – Were there any particular moments during the creation of the comic that stand out to you?

Randy Stradley – Fourteen years later? Not really. Sitting in front of a computer and typing is not a particularly memorable experience.

Corporal Hicks – Steve and Stephani Perry, did a novelization of the original comic and then the later War. Did you have any involvement with them?

Randy Stradley – No. I know Steve, but I think the editor of the novel had a vested interest in keeping us apart during that time. Mainly, she wanted her part of the job to go as smoothly as possible. I remember that she kept promising to let me read the manuscript, but every time there was some lame excuse about why she couldn’t let me read it.

Corporal Hicks – Have you read the novelizations and what did you think of them?

Randy Stradley – I skimmed the first one. There were two things I would have insisted on changing, if I’d been allowed to read the manuscript. One, I would never have allowed the readers “inside” the Predator’s mind. I think that demystifies the characters too much. The second — a sequence that occurs during one of the passages where we’re privy to the Predator’s thoughts — is where the Predator realizes that Machicko is a female because she has breasts . . . just like female Predators. Except Dark Horse’s own writers’ guidelines for how to present the Predators states something along the lines of, “Determining the gender of a Predator is nearly impossible for a human to do. They’re like tigers — by the time you get close enough to determine whether a particular Predator is a male or female, you’re dead.”If the editor had provided Steve and Stephani with our in-house guides, or if she had taken the time to read them herself, probably both those bits would have been changed.

Corporal Hicks – You also wrote Duel and War. Could you tell us a little about those?

Randy Stradley – Basically, Duel was a necessary set-up for the War series — the plot of which occurred to me when we were working on the Aliens series formerly known as “Berserker.”

Corporal Hicks – Peter Briggs did an adaption of your comic for Fox. The adaption was never used, but what did you think of the script and of Mr Briggs?

Randy Stradley – Geez, I read it so long ago. The only thing I remember about it was that he missed the point of how the Queen-bearing egg ends up on the planet.

Corporal Hicks – Have you seen the new film? If so, what did you think?

Randy Stradley – It’s fine. That it ignores basic “they come in times of heat and conflict” aspect of the Predator mythos bugs me. And the whole idea of the constantly-shifting pyramid was, in my opinion, ridiculous.

Corporal Hicks – Have you ever considered doing more AvP comics?

Randy Stradley – Nah. I think I’ve said all I have to say about the characters. At least in the context of them battling each other. I wouldn’t mind doing another Predator story, but the chances of that seem slim. It’s probably best that I leave the future of the mythos to other writers.