While the gaming part of the Alien / Predator has been rather quiet lately, it doesn’t mean nothing is happening. A lot of mobile phone based games have been released lately, and I had chance to talk to Greg Herboek who works for Superscape, a company responsible for AvP: 2D and the upcoming ‘on-the-rails-shooter’ AvP: 3D. 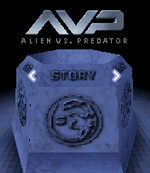 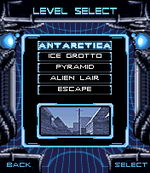 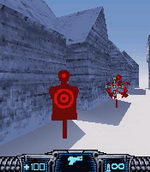 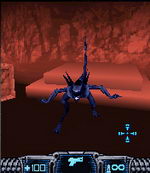 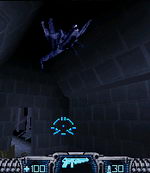 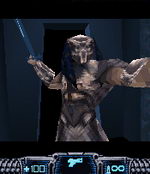 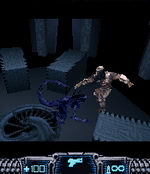 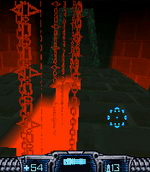 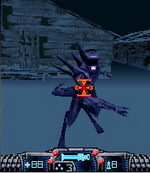 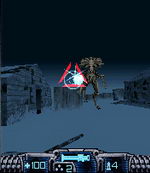 Corporal Hicks – Thanks for this interview, it’s always nice to talk to people such as yourself. Could you tell us a little about you?

Greg Herboek – Hello to the fellow Alien and Predator fans out there. My name is Gregory Herboek and I’m a caveman recently thawed out of Russia’s frozen tundra.

Corporal Hicks – What is your position in Superscape?

Greg Herboek – Currently my title is creative director of Superscape Moscow. I’m a man with many roles, but that kind of sums it up.

Corporal Hicks – What is your involvement in the Aliens vs Predator 3D project?

Greg Herboek – AVP was a team effort and I was one of those in the engine. I am in the credits for game design/ level design/ producer help/ and lead artist.

Corporal Hicks – And what exactly does that entail?

Greg Herboek – Good question! Well I like to think that I contributed to keeping the creative energy high during production, and ensuring the vision kept true to the license.

Corporal Hicks – How did you come to work for Superscape?

Greg Herboek – Well 3 years ago I applied online at gammasutra.com as a 3D artist. Thought it would be fun to make mobile games for a budding industry.

Corporal Hicks – This is actually Superscapes second AvP game. What made them want to create a second game based on the film?

Greg Herboek -The first title was 2D for lower end phones. This new version is aimed at higher end devices capable of Playstation one quality 3D graphics. We’re also massive AVP fans, and hope that we can continue to build more and more AVP games !

Corporal Hicks – Can you tell us a little about AvP 3D?

Greg Herboek – You will quickly learn you are the only hope to save the world from alien infestation. The game has 5 levels with different modes of game-play. AVP 3D mobile is a Rail shooter arcade style game. The targeting feature allows the player to spend less time trying to aim and more time firing the many weapons. This title is one of the first mobile phone applications to have layered sounds. Layered meaning we can play 2 or 3 sounds simultaneously. It also has adaptive audio. Adaptive audio means that the music changes through out the game based on health and success. This ground breaking sound format for mobile phones really adds to the overall atmosphere and the intense action. The game actually gets scary at times. This is contributed to the audio and richly colored environments along with precise enemy placement.

Corporal Hicks – AvP 3D is an ‘on-the-rails-shooter’, can you tell us exactly what this is?

Greg Herboek – A rail shooter is basically what you see in arcade shooting games. These games are aimed at casual players who need simple controls that are very quick to learn and use. The player just has to point the gun at the target and shoot. The movement through the game is done automatically along a pre-determined path – hence the term rail. This strategy is also great for mobile phones, whose owners are much more likely to be casual games players than hardcore. Phones also have tiny joypads and fiddly little buttons so it makes good sense to remove the complexity of having to control both movement and targeting opponents. At the end of the day its a lot more fun shooting stuff than walking around !

Corporal Hicks – What prompted the change from the 2D platform adventure style game to the ‘on-the-rails’?

Corporal Hicks – Do you play any specific character from the movie?

Greg Herboek – You do not play as a specific character from the movie. You do not even know your characters gender. We wanted this so everyone could relate to the games main character.

Corporal Hicks – What sort of level structure is there?

Greg Herboek – Visually the level structure is based on locations from the film, and you will recognize many areas throughout the game, but the game design is precisely planned out to maximize the fun.

Corporal Hicks – Will there we be different modes of play? Story, skirmish, etc?

Greg Herboek – The design has 3 different modes, each providing a unique game-play experience. These modes are story, timed, and survival.

Corporal Hicks – Tell us a little about these modes.

Greg Herboek – Story Mode is loosely based on the movie, and ties the game experience together. Successful play in story mode unlocks access to the other modes.
Timed Mode tests the players speed – medals are awarded for outstanding performance. Survival Mode is for the die hard fans out there. This mode is all about survival of the fittest, without health pick ups only the skilled can be successful. Beating each mode will give the player a piece of the predator ‘Blooded’ symbol. The overall objective is to become fully ‘Blooded’.

Corporal Hicks – Will we encounter the different predators?

Greg Herboek – In the game the predators have different behaviors and weapons. We have predators that use a spear, blade, throwing disk and, of course,  the predator shoulder cannon.

Corporal Hicks – What about the Aliens for that matter? Will we encounter any variants or just the standard Warrior, Hugger, Queen?

Greg Herboek – The aliens you encounter are face-huggers, warriors, and finally the Queen. The warriors have different behaviors such as jumping off walls, ceilings and appearing from the shadows.

Corporal Hicks – It’s evident from the screenshots we’ll have a boss level with the Alien Queen. Will it require some thinking to kill her or will it just be a ‘shoot her as much as possible’?

Greg Herboek – The battle with the queen is tied into the layout of the final level. Shooting and scripted events make the final confrontation a real cinematic finale to the game when the queen is finally dead… or at least appears to be dead.

Corporal Hicks – Now it’s been reported that you eventually get to use a Predator shoulder cannon. What sort of other pick ups will there be?

Greg Herboek – Through out the game you unlock various weapons starting with a pistol, and progressing on through shotgun, mp5, mini-gun, and a rocket launcher. I advise the player to use the predator weapon to escape from the alien queen.

Corporal Hicks – What sort of process does a game like this go through?

Greg Herboek – There’s a lot of research and pre-planning upfront. We create a detailed GDD ( game design document ) sketch out all the levels, and populate them with opponents according to a spreadsheet matrix. This ensures the game starts easy and gets increasingly hard toward the end. There are a number of milestones during production: first playable, Alpha, Beta, and RC ( release candidate ). Following this the game goes through a serious amount of QA where the game is tested for bugs and adherence to stringent guidelines defined by the operators. The game is then ported across a long list of devices and then finally launches. At this point we all go out and drink vast quantities of frothy beverages!

Corporal Hicks – How involved in this project are Fox?

Greg Herboek – Fox is involved at every step of the process. We must gain there approval at every milestone, visuals, dialogue, story – everything ! They have been awesome to work with providing us with great reference materials upfront and give us great and timely feedback. Mobile games are developed in much shorter time frames than console and getting swift feedback really helps us to keep our development schedule on track. I wish all our license holders were as great as Fox !

Corporal Hicks – What phones will this game support? Any chance my Samsung D500 will run it?

Greg Herboek – This game is only available in the U.S.A. I’m sorry I do not know all the devices that will be available for this application. Keep an eye out on your operators game deck – its coming. If you have a black and white phone its time to upgrade !

Corporal Hicks – Does Superscape plan on making any more games? Maybe expanding on their license so you can make original games in the AvP universe?

Greg Herboek – We are hoping it will not end with 2 titles based on the films. I hear the movie AVP 2 is coming out soon, and we have many awesome ideas to spice up a sequel.

Corporal Hicks – If you’ve played Doom RPG, you know just how amazing that sort of game could be. Would you consider trying to make an Alien / Predator game in that style?

Corporal Hicks – Which of the Alien or Predator films have been your favorite?

Greg Herboek – That’s a tough one because I’m a big fan. If I had to pick one of each it would be the original Predator movie of 1987, and original Alien 1979 (mainly because H.R. Giger was involved.) Although I have to say my favorite quote is from Aliens ”˜punch it bishop’ – love using that when I’m late in a taxi !

Corporal Hicks – Given the luke-warm response fans have given the movie, why did you decide to create games based off it? Didn’t it worry you some might not be interested in something based on the film?

Greg Herboek – In mobile games the most merchandising you get from the operators is a two word description. So its really important to get a great brand. AvP is an awesome license, people really love the movies. Regardless of what some people might think of the latest movie, as long as we build a great game people are gonna dig it.

Corporal Hicks – Thanks for the interview. Any last words?

The Combat Is Heating Up In New Aliens: Fireteam Screenshots!
By Hicks (16-May-21)