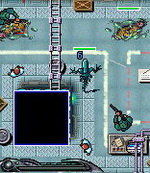 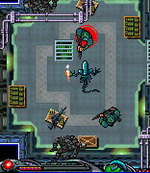 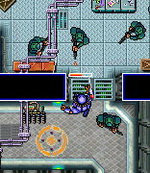 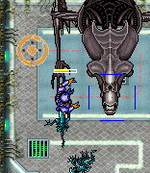 AvPGalaxy – Well it’s been more than a year since I last interviewed you! Welcome back to my screen! Been keeping busy?

Greg Herboek – Yeah its been a while and it’s definitely been a fun year. Art and video games is a way of life, being busy is just slice of the pie.

AvPGalaxy – So AvP Requiem? How’d Superscape end up with this one?

Greg Herboek – This is our 3rd mobile AVP game. AVP is such a well known license, it’s one of our favourite licenses to work with. We understand the following fans will have high expectations for everything AVP and we try hard to not let them down. Heck; everyone knows about Aliens and Predators, this makes for a nice addition to the Superscape mobile game portfolio.

AvPGalaxy – Did the veil of secrecy that surrounded the film cause any issues in the development of the game? I notice it isn’t tied into the actual movie’s story at all.

Greg Herboek – Yes we took this to our advantage allowing us to create our own story along with compelling game play.

AvPGalaxy – What in the game is actually inspired by the new movie? Predator weapons?

Greg Herboek – Our dual plasma casters were inspired by the movie.

AvPGalaxy – Where did the story for the game come from?

Greg Herboek – It is our own creation which is tied to the game situations enhancing the games difficulty progression.

AvPGalaxy – And why the change in style? The previous AvP game was 3D, this is 2D?

Greg Herboek – It was decided to create a 2D game because of the number of available devices. You can put a 2d game on a 3d phone, but not the other way around. Personally I look at 2d vs 3d as just 2 types of tools to create video games.

AvPGalaxy – The story mode seems to be split into either Alien or Predator. Can you choose between either?

Greg Herboek – The game starts with you playing as the Alien. After the 3rd level you will unlock the Predator campaign with additional levels. We decided to start with a single character to allow for a nice learning and difficulty curve.

AvPGalaxy – One of the greatest attractions of Alien vs Predator games is the difference in gameplay with each species. Did Superscape make the gameplay for the Alien and Predator different?

Greg Herboek – Each character has their own abilities and missions. The alien is all charged up with fierce rage making close combat a must; whilst the Predator requires more of a stealthy approach.

AvPGalaxy – Unlike the recent AvP Requiem for the PSP, this title seems to have some variety in enemies?

Greg Herboek – The game has a total of 10 enemy types.

AvPGalaxy – I see you’ve got Praetorians in the game, another type of Alien seen mostly in the comics and other games. I take it you guys have put a bit of research into this game?

Greg Herboek – Yes we are always looking to the comics, movies, and games for inspiration.

AvPGalaxy – One of the first things that came to mind when I saw the screenshots was Aliens Thanatos Encounter. Are you aware of the game?

Greg Herboek – The first time I saw this game was on your site. I agree it does have similar visual style. I think the license has generated a specific look and game developers all look to the same sources for inspiration.

AvPGalaxy – I notice you actually lead a clan of Predators and when one dies, another takes its place – another sort of feature of the afore mentioned Thanatos Encounter. Is this just a method of extending the player’s life or is there more to it?

Greg Herboek – We decided this approach to help tie the story together so the player is not playing as a single predator that dies, but rather a clan of predators that you’re trying to successfully progress through the game.

AvPGalaxy – A feature of AvP Requiem that you guys seem to be trying to push out there is this tournament mode. Tell us about that?

Greg Herboek – I’d have to say this is a very impressive mode of play where you can compete with others around the world. The idea is simple you play as either a predator or an alien. Depending on your success at the end of the level you will submit your scores to our high score server. Once submitted the player can see how their success contributed to the species they decided to play as. This is all presented to the player in a simple plan view map with the ability to view which species is dominating. I think the fans around the world will be pleased to contribute to keeping their desired species on top as number 1.

Greg Herboek – The games stored statistics are stored on a network allowing all players to view them. Our game is not what you would think about multiplayer if you’re referencing console games. In reality it’s more like a community rather than a multiplayer game. This tournament mode refreshes every two weeks and the fight moves on to a different set of levels so we hope it will give people something fun to do after they have played through the single player game.

AvPGalaxy – And the question everyone is probably asking: What phones is the game for?

Greg Herboek – At Superscape we are delighted to have launched the game a very wide range of devices on a good spread of mobile service carriers world wide. There are so many phones to list I will break it down into mobile service providers. This includes Verizon, Alltel, Metro PCS, IUSACELL, Cellular South, Centennial Puerto Rico, Cricket, nTelos, Telecomunicaciones Movilnet, Bell Mobility, Rogers Communications, Sprint, Virgin Mobile USA, Cingular (AT&T), T-Mobile USA.

AvPGalaxy – This is your 3rd AvP mobile phone and somewhat of a step-up from the first. Do you think we’ll be seeing more Aliens/vs/Predator games from Superscape – original or otherwise?

Greg Herboek – Oh we would love to keep the flame burning. We here at Superscape are always stoked to work on this license. Now with 3 titles under our belt in mobile I would like to say; be prepared for more to come.

AvPGalaxy – Out of interest, do you happen to know how well the other two games did? Sales, review wise, that sort of stuff?

Greg Herboek – Well that’s something I can’t really dive too deep into. I can say that our 3D rail shooter is still live on mobile devices and its still bringing down some good numbers. We always invest as much time and energy as we can into this license and it has not failed to impress us on the return.

AvPGalaxy – It’s nice to talk to you again. I certainly hope it isn’t the last. Before we sign off, any last words you’d like to say to our readers?

Greg Herboek – Don’t miss out! AvP Requiem mobile has a saucy tournament that is waiting on you to fight for your favourite species. For sequels and similar action packed games such as paintball keep checking your mobile service providers games portal and www.superscape.com