The last Alien book to be published went under the title of No Exit and came out in July of 2008. It was written by a man known to the world as Brian Evenson, a recipient of the International Horror Guild Award. And AvPGalaxy had the chance to speak to this man. 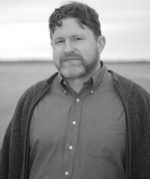 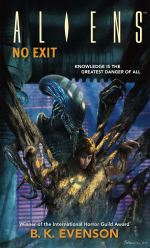 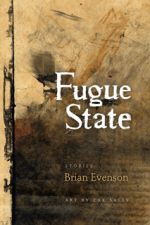 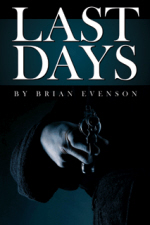 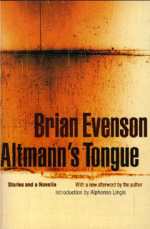 AvPGalaxy – I’m here talking to Brian Evenson. For those not in the know could you tell us about yourself and your involvement in the Alien franchise?

Brian Evenson – I’m a writer and somebody who teaches writing for a living. I’ve published ten books, mostly literary stuff, but have also done work in two video game franchises: Halo and Dead Space. My involvement in the Alien franchise is through a novel I wrote called Aliens: No Exit.

AvPGalaxy – You’ve been writing for sometime now. Not all fiction either. When did you first come to the realization you wanted to become a writer?

Brian Evenson – It was when I was pretty young. When I was around twelve or so my mother wrote and published a couple of SF stories. To give herself time to work she encouraged us to sit down while she was working and write or paint or draw. I almost immediately felt like writing was something I wanted to keep doing, even though I didn’t publish my first story until many years later. I played a lot of RPGs when I was young as well, things like Gamma World, and would design a lot of scenarios for them. I think that was an important part of my formation as a writer too. That and reading a lot.

AvPGalaxy – Alien is hardly one of those films you forget about. When did you first experience the series?

Brian Evenson – I watched “Alien” in a theater when it first came out in 1979—I was too young to get in on my own, but a friend and I convinced his mother to take us. It was really unlike anything I’d ever seen. It was weird, claustrophobic, paranoid, and gritty. Things kept happening that I couldn’t believe were happening (the facehugger, the first appearance of the chestbuster, when Ash had his head knocked off, etc.). That was the first one I saw and the one that’s always stuck with me the most; it still holds up for me years later.

AvPGalaxy – Which of the Alien films would you say inspired you the most while writing No Exit?

Brian Evenson – Definitely “Alien”, especially for the first half. I wanted to try to capture the haunted house feel of that movie, the moodiness and darkness of it. The other movies were important as well—“Aliens” for instance was a big help thinking about the second half of the book and the shift that takes place there. But “Alien” was the most important.

AvPGalaxy – Now I’m aware you landed Jeff VanderMeer his gig at writing South Sea China but how did actually become involved with Dark Horse and No Exit?

Brian Evenson – An editor working there at the time (Victoria Blake who went on to start Underland Press and publish my novel Last Days) read a piece of mine and got interested in working with me. She knew I’d mainly done literary stuff but thought I’d be a good fit for an Alien or Predator book so proposed it. At first I thought it wasn’t right for me—it was really different from other things I’d done before that—but she encouraged me to just try to write a brief outline and see what I thought. I did and quickly realized I had an idea that I liked and that it could be incredibly fun to write. And it was.

AvPGalaxy – How close to the original pitch was the final draft you turned out?

Brian Evenson – Pretty close. I did a twenty-page outline. A few things changed along the way and the world I was working with mutated a little, but I think the overall thrust of the book was really close to where I ended up. I guess the main difference was that certain things ended up taking longer or shorter to describe than I’d thought they would.

AvPGalaxy – Where there any elements of No Exit that you couldn’t include in the end?

Brian Evenson – I’d originally wanted to do a lot more in the moon base at the end. There were a few other smaller ideas that I’d originally had which I ended up replacing with things I liked better. The biggest change other than that is that the Bjorn character originally was going to die but as I kept writing I found that I felt he should stay alive.

AvPGalaxy – How familiar with the franchise were you? Had you read any of the previous novels?

Brian Evenson – I’d read a few. I’d read Diane Carey’s DNA War and one of Steve Perry’s and had read parts of a number of others. I’d also read a lot of the comics. Of those the one I loved the most was Labyrinth, by Jim Woodring and Kilian Plunkett. That was probably more of an influence than the print books.

AvPGalaxy – I’m actually quite curious as to the genesis of the story?

Brian Evenson – When Victoria first proposed the idea, I had the idea that I wanted to do a kind of corporate crime. I also knew I wanted a detective character and that I wanted the thing he was investigating to be faked in some way. It took me a little while to figure out how to make that central element work, but once it was figured out everything else started to fall into place around it.

AvPGalaxy – What sort of preparation did you do prior to and during the writing of No Exit?

Brian Evenson – I watched all the Aliens movies a few times each and thought a lot about what I liked about each of them. I read a bunch of the comics and read some of the books. While I was writing, I did a lot to try to access some of the fears I’d had as a child—I was intensely afraid of the dark when I was young, and the idea of being in a dark, claustrophobic space is still a little unbearable to me. I tried to tap into that palpable sense of fear you can get when the darkness begins to shape itself around you into something else, something frightening.

AvPGalaxy – No Exit is very much Kramm’s story. Where did you conceive the notion for an aliens detective?

Brian Evenson – I like the idea of detective stories taking place in unusual or unexpected environments—I think the detective genre is remarkably flexible. Kramm is very much in the noir detective tradition: damaged, a little reluctant, but committed to figuring things out whatever the cost. The idea for a detective who is frozen and woken up again came partly from Jonathan Lethem’s Gun, with Occasional Music, though I use it somewhat differently. I like the idea of bringing someone into a world that’s disorienting to him and having him feel that things that happened years ago for everyone else just happened yesterday.

AvPGalaxy – One of the strongest elements of No Exit was your focus on how damaged Kramm was. And let’s not forget Part Three, the monologues showed how that character’s mission was effecting him. Would you say you enjoy creating characters with those kind of complexities?

Brian Evenson – Yes, that was one of the most enjoyable parts about writing Kramm. Kramm is a very complicated character, very damaged but also still possessing a kind of ethical core that I like very much. I don’t personally tend to see things in very black and white terms and try to get that across for my main characters as well.

AvPGalaxy – The main criticism regarding No Exit was the abrupt way you changed from psycho-thriller to an action piece. The best description I saw was that “you really get the feeling that it wasn’t the last half the author wanted to write, that there was some kind of mandate passed down”. Was that the way you always planned it or was it something DH asked you to include?

Brian Evenson – Well… I guess there are several things I could say about that. There’s definitely a transition there that may be partly due to me and partly due to the desire for a certain amount of action on the part of the powers that be. I can’t speak for the powers that be and what they were thinking. I think on my side of the equation there were two things that had an impact. First, at a certain point I was thinking a lot about the way in which “Alien” and “Aliens” are radically different (in the same way that the two parts of my Aliens novel are) but yet somehow still kind of work together.

Second, the action component of it was originally meant to be shorter and to be followed by a more claustrophobic thing going on on the moon base that would return us to the kind of psycho-thriller thing we’d begun with. But once I was writing, I realized that the section taking place on the planet needed to be developed a lot more and that if I wanted to do what I did with the end that I’d need another 100 or 150 pages, which wasn’t possible in the confines of the series. At the same time I tried to write the two halves in such a way that they’d balance against themselves, like what happens when you do a back-to-back reading of “Alien” and “Aliens”. Despite that abrupt shift, I’ve heard from a lot of people that it’s their favourite Alien novel (but of course those that don’t like it probably aren’t writing to me…).

AvPGalaxy – The ending was also rather abrupt. What did you envision happening after those final pages?

Brian Evenson – There’s a whole series of things that would have taken place on the moon base, including a hijacking, escaped Aliens, steadily waning oxygen and food, lots of dark service tunnels, the death of Braley (unless it’s a Braley synth?), Bjorn dragging himself around on his crippled legs and the death of pretty much everybody. I’ve got a 4-5 page summary of where things might have gone from there, and I wish I’d had a chance to write it.

AvPGalaxy – Do you think there’s possibility of you coming back for more novels?

Brian Evenson – I’d certainly be game for a sequel. It’d be a lot of fun to carry the story forward and complete it. But both the person who encouraged me to write Aliens: No Exit and the editor I had after that have left Dark Horse, so I don’t know if anything will come of it.

AvPGalaxy – Once again, Brian, thanks for the interview. Any last words to the fans before we sign off?