By now you should have all seen the news regarding Angry Mob Games’s Alien vs. Predator: Evolution due out for your Android and iOS devices soon. Angry Mob Games are also the ones behind the Predators game that was released back in 2010. We recently spoke with them about their upcoming Aliens vs. Predator mobile title.

AvPGalaxy – First off, I would like to thank you for doing this interview. To start us off, could you tell us about the origins of Alien vs. Predator: Evolution? How did you come to be working on the title and how long has the game been in development?

Bogdan Iliesiu – Thanks for having us! Before AVP: Evolution, we worked with FOX Digital Entertainment on the iOS/Android game Predators. That game was really well received and people really loved its combat style. We thought the perfect way to improve it would be to make an Alien vs. Predator game.

This time around, we didn’t have any technology constraints, as the iOS and Android devices are really powerful now, so we could really push the graphics, AI, level design and combat.

We started working on AVP: Evolution in February 2012, so it looks like it took us exactly one year to complete it.

AvPGalaxy – Can you give us a slightly more detailed description of the game’s story? Does it tie directly with any of the previous instalments in the franchise?

Bogdan Iliesiu – The story stars the Super Predators, who are trying to annihilate the Jungle Hunter Predator clan once and for all. To do this, they capture an Alien Queen and manage to control its minions.

The Super Predators utilize an ancient temple above the Alien Hive as a training ground, honing their skills and mastering the art of controlling their new Alien army.

You play the campaign from two different perspectives: the Alien and the Predator. 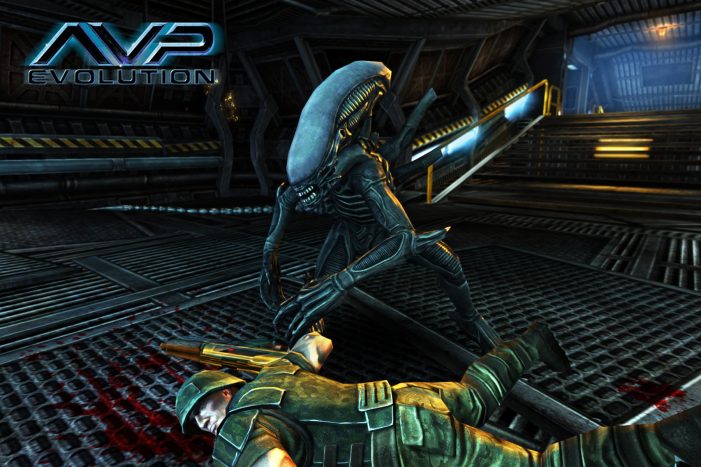 The story brings all the iconic characters from the Alien and Predator movies, including the Colonial Marines. All these tie in with the visceral combat perfectly, and gave us the opportunity for some unique boss battles (vs. the Marine Powerloader, Dropship, APC, plus all the powerful Alien and Predator characters).

AvPGalaxy – Some may consider mobile platforms a less serious gaming platform. Has this resulted in more liberties that wouldn’t have happened if it were on a console?

Bogdan Iliesiu – The gameplay design is a bit different than what you’d normally see in a console title. The campaign missions are structured to be playable in shorter bursts, plus you get optional side missions. These side missions are usually action heavy, and feature various randomly generated elements that make them really fun to play and replay.

In a console title, you usually have a slow story progression, but here you get to the fun part really quick: you get to experience incredible character executions and perform complex fighting combos from the start.

AvPGalaxy – Is there anything special about the mobile platform that has brought something unique, gameplay-wise, to a game set within the Aliens vs. Predator universe?

Bogdan Iliesiu – When performing the finishing executions, you can swipe the screen in the direction you wish to rip your enemies apart. This helps you feel like you’re really involved, and also tests your skills.

We combined the classic controls with the mobile devices’ multi-touch and swipe inputs to make the gameplay as engaging as possible.

AvPGalaxy – Did you take any inspiration from the Aliens vs. Predator movies when creating the game, or rather the original movies?

Bogdan Iliesiu – We actually took a bit of inspiration from all the movies: you can upgrade your Predator character’ gear to take on the appearance of different versions of the character. You can change your Predator character to look like the Classic Predator you see in the first Predator movie, all the way to the Wolf Predator in the AVP: Requiem movie and the Super Predators armors and abilities in the Predators movie.

For the Alien, you can mix and match various body parts to create your own Alien type: from the Drone Alien in Aliens, to the Runner you see in Alien3, the Warrior in Alien Resurrection or the Praetorian in Aliens. 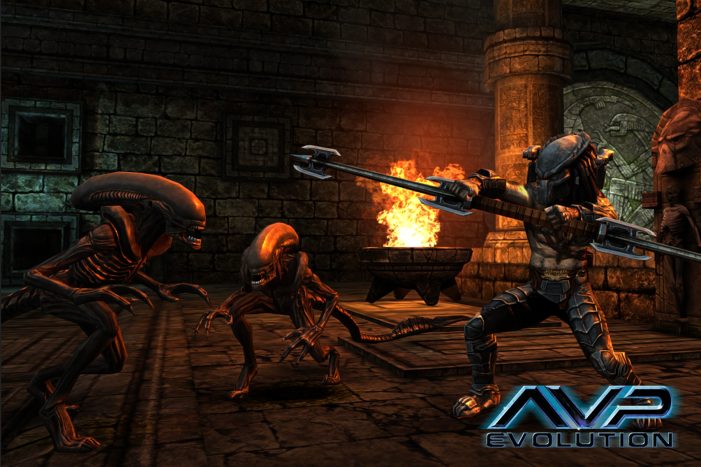 We also created various environments and set pieces based on the marine compound you see in ‘Aliens’, and the rough exteriors you see in that movie. For the temple, we took some inspiration from the AVP movie too. Of course, there are other minor details you’d recognize, like the Predator ship from the Predator 2 movie.

AvPGalaxy – Some game environment and assets strongly resemble the visual style and aesthetics of the previous Aliens vs. Predator videogame released in 2010 by Rebellion and Sega. Did you look at Rebellion’s work or any other previous Aliens and Predator games when creating your game?

Bogdan Iliesiu – Of course we played the original AVP games, including the one released in 2010 by Rebellion/Sega.

We tried to create some really detailed and accurate Alien and Predator character models, based on the movie references. So they naturally look similar to what you’ve probably seen before.

This is true for some environments too. It’s not only the models that recreate that well-known Alien / Predator look, but also the lighting and atmosphere effects. The Aliens movie created a really distinct sci-fi look, on which many others were based.

Because the iOS and Android devices are so powerful now, and because we’ve been using the really advanced Unity engine, we were able to recreate that feel and bring it really close to what you would see on a console game.