Though the idea of the Alien’s host effecting the eventual creature has existed since the days of the very first film, it wasn’t until the early 90s with the release of Kenner’s Alien figures and Alien 3 that the concept of what would become the DNA reflex became widely known.

The expanded universe has flirted with the concept, with the PredAlien being the most notable result of the concept. But in general, the DNA reflex is not something that tends to be used too frequently.

The DNA reflex made a reappearance recently in Alex White’s phenomenal The Cold Forge in which his Aliens were born from chimpanzees. Alex deliberately references the differences in these Aliens compared to the documentation of Aliens which appear to have birthed from humans.

While discussing the Aliens with Weyland-Yutani auditor Dorian Sudler, Dick Mackie told the Company Man that the Aliens “take on the characteristics of the host. All of the adults in our cages have got chimp proportions, and they favor loping on all fours. They don’t look like the file drawings that Weyland-Yutani sent with the egg samples.”

The matter isn’t given much more focus than the above exchange. The DNA reflex would appear again in a much more prominent role in Alien: Prototype and Aliens: Phalanx, especially Alien: Prototype which revolves around what happens when the reflex goes wrong. However, prior to both novels the DNA reflex made a big comeback in Alien: Echo. The rest of this article will contain spoilers for the novel. 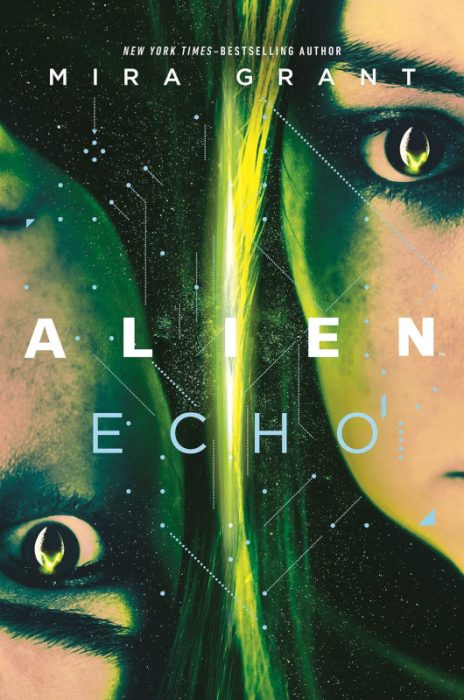 Written by Mira Grant, Alien: Echo focuses primarily on Olivia Shipp, the daughter of two xenobiologists stationed on Zagreus, an “Earth-like planet” and one of many “backwoods colony worlds”.

Doctors John and Katherine Shipp were hired by the Zagrean government to help document and catalogue Zagreus’ native fauna so the relatively young colony knew more about their local biosphere.

This desire for cataloguing was due to one of the Zagrean colonists being eaten by a creature that was given the moniker of lion-worm. The Shipps gave them a proper scientific name but it’s not revealed in the book.

One of – if not the – apex predators natives to Zagreus, adult lion-worms were capable of growing to size of Earth pig and younger specimens were documented as being around the size of a cat. Olivia Shipp described the creatures as being “made of knives and hatred and cilia.”  The lion-worms are sightless subterranean predators that hunt via a number of different senses such as the cilia that line their bodies.

The brightly golden coloured cilia are constantly waving and able to sample the air around them, allowing them to sense other creatures in the vicinity. The cilia are also used to allow the lion-worm to be aware of the physical space surrounding it.

The lion-worm’s head is almost entirely all razor sharp beak. While they don’t possess any eyes, they have multiple ears running along the side of their body. The lion-worms also have a cluster of nostrils in the very center of their skull, allowing them to detect scents from all different directions.

It’s possible to confuse, or even evade, the lion-worms by remaining motionless. It’s also possible to avoid them through the natural camouflage provided by a pollen native to Zagreus that is capable of cancelling all scents on contact. 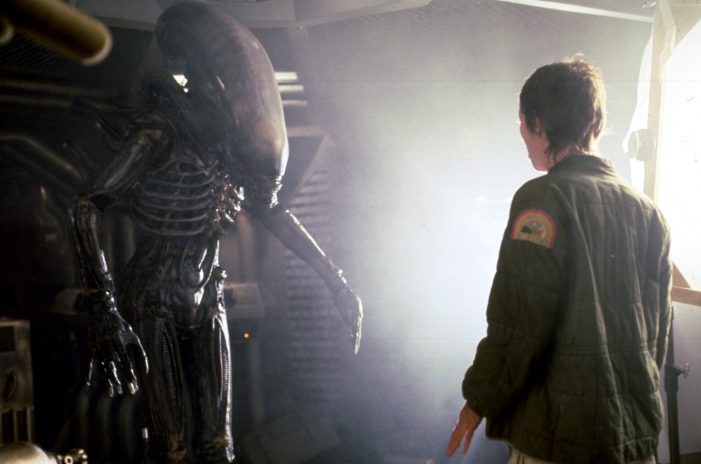 The lion-worms are also described as appearing similar to an Earth mole, with waxy white skin that resembles the flesh of a corpse.

Though the lion-worms are still unsure and often confused by the bipedal locomotion of the humans that have decided to establish a colony on their world, they will often attack the colonists when the opportunity presents itself. The lion-worms are also capable of out-running humans over short distances.

While considered an apex predator, the lion-worms didn’t seem able to defeat the Aliens in a direct conflict. As a distraction Olivia Shipp was able to draw a live, uninfected lion-worm to the Alien hive by shattering a vial of concentrated lion-worm pheromones.

When attacked by an Alien, the lion-worm was able to hold its own for a significant length of time but by the time Olivia left the hive, the lion-worm was howling in pain. She was unable to see the outcome of the fight, but it is presumed the Alien was victorious.

Following the crashing of an escape vehicle from a scavenged vessel that was once a research ship devoted to the Xenomorph XX121, several adult Aliens were able to survive and establish a hive in the subterranean cave system near their crash site.

Along with other native Zagrean fauna – and some human colonists – a family unit of lion-worms was seen by Olivia Shipp in the Aliens’ fledging hive, serving as hosts for the next generation of Zagrean Xenomorph XX121.

Olivia also comes across what looks like a chestbursted lion-worm on the fringes of the hive and the resultant hybrid is encountered by Olivia and Viola Shipp, and Kora Burton while looking for Kora’s mother in the Zagreus colony. 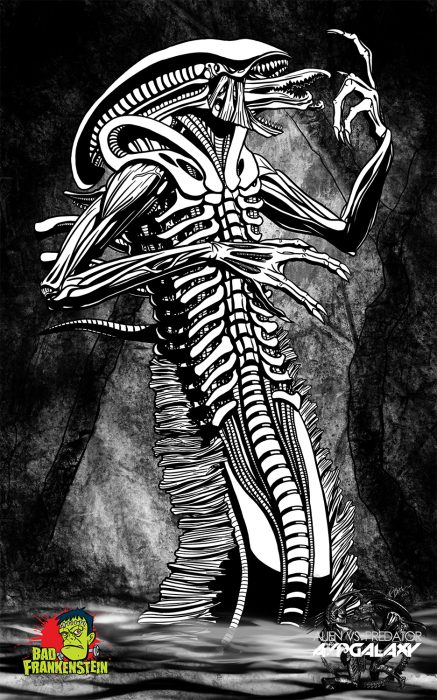 The hybrid also possessed the worm-lion’s golden cilia. They seemed to perform the same biological function on the hybrid that they did for the host, allowing it to sense the space around it.

Despite coming from a smaller host, the hybrid was larger than the other Aliens that had been encountered so far. It also had a thicker body, a short neck and a shorter tail, but its arms were as long as the traditional Aliens.

Like the PredAlien, the lion-worm hybrid also took on the skin colouration of its host. Olivia Shipp observed that the hybrid was paler in colour like the lion-worms.

While the DNA reflex is a well-known function, we haven’t really seen many canonical depictions of different variations of Xenomorph XX121 interacting with each other. The PredAlien as featured in Aliens vs. Predator: Requiem occupied a leadership role in the hive hierarchy, and is shown to be physically dominant over the human-born Aliens. Though the leadership angle could be attributed to comments made by the film’s directors that that particular PredAlien was intended to be a juvenile Queen. 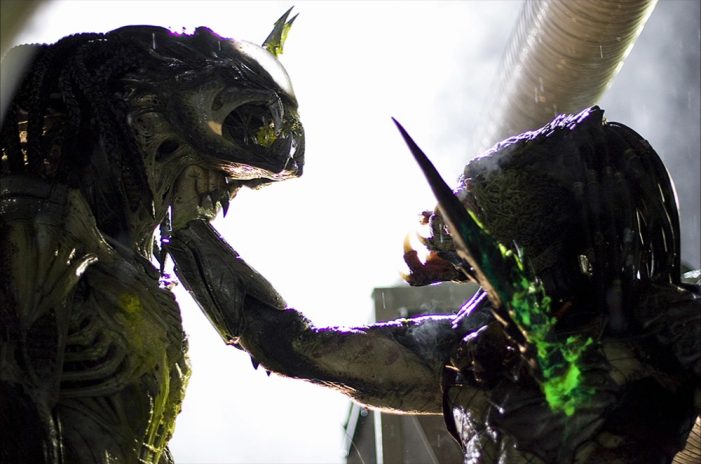 In Alien: Echo the lion-worm hybrid is shown to completely disregard the safety of human born Aliens, going as far as to kill a human who was infected with an embryo. When the immature chestburster slide out of its host’s mid-section, the hybrid stepped on and killed it.

Following the death of Kora’s mother, the hybrid followed Olivia and Viola and Kora to the colony space port where the survivors were attempting to escape in the Shipp’s private spaceship. Viola theorized that the hybrid was tracking them because of the pheromone that Olivia had previously used to draw a lion-worm to the Alien hive. Viola noted that some of it had gotten on her and she believed the hybrid was capable of tracking the scent.

Olivia was finally able to kill the lion-worm hybrid by luring it into the spacedock’s ceiling catwalk, then shooting and destroying supports on a section of the catwalk, causing the hybrid to drop from height onto a jagged collection of construction equipment and disassembled ships.

Though impaled on the construction equipment, the hybrid was still alive. Olivia finished the Alien off with headshots from her pistol, killing the only recorded encounter with this Xenomorph XX121 hybrid.

It’s possible that following the overrunning of the Zagreus colony that further hybrids were birthed from other lion-worms or native Zagrean wildlife. Perhaps, like Olivia fantasied about, the different Xenomorph XX121 hybrids fought amongst each other, turning Zagreus into the site of another genocidal battlefield between the Aliens.