AvPGalaxy | Website | Articles | The Amengi – The Race Who Enslaved…

If you’re familiar with Alien vs. Predator Galaxy, it should come as no surprise that I’d be interested in exploring more of those could-have-beens. But unlike some of our other articles, this isn’t an alternate script. It’s a look at an alternate design that has eventually been retconned into something completely different. And the road that this particular retcon has took really fascinates me.

Once upon a time Stan Winston wasn’t involved in the creature design for Predator. He stepped in at the 11th hour, and he and his team helped created one of the most iconic movie monsters of all time. But before that, Steve Johnson and Boss Film Studio were the ones at the helm of the creature design, with Jean-Claude Van Damme inside the suit.

I wont go into a breakdown of the behind-the-scenes regarding that particular design, but the Van Damme Predator has been something of a curiosity ever since. Some fans mistake Predators’ River Ghost as an homage to this design – it’s not, that was deliberately inspired by the Guyver armour – but the red special effects version of the original suit did get a shout-out during the trick-or-treat scenes in The Predator. 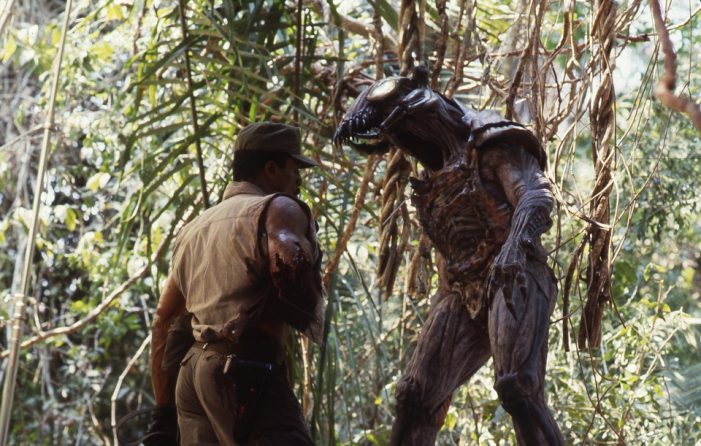 But did you know that that design is now known as an Amengi? No? And what the hell are the Amengi? Unless you’re a collector of NECA’s action figures, or a reader of the worse of the expanded universe, chances are this is something new to you.

“mansized cockroaches, festooned with electronic devices. Their double-lobed heads were enclosed in a glass bubble filled with a greenish gas constantly renewed by tanks that took the place of the wings that had been clipped away at infancy.

The Amengi clicked about on their chitinous back legs as they used minute tools implanted in their forelegs to adjust the launcher. They stood on four back legs, rearing to use their front legs, with their opposable hooks as manipulation digits.”

When NECA released their 100th Predator figure, the Alpha Predator, at the start of 2020 we saw a Predator that used elements of Van Damme’s Predator as armour and a helmet. Also included in the figure was a sheet of background lore on who the Alpha Predator was, which also retconned the original Steve Johnson design to be that of Forever Midnight’s Amengi. 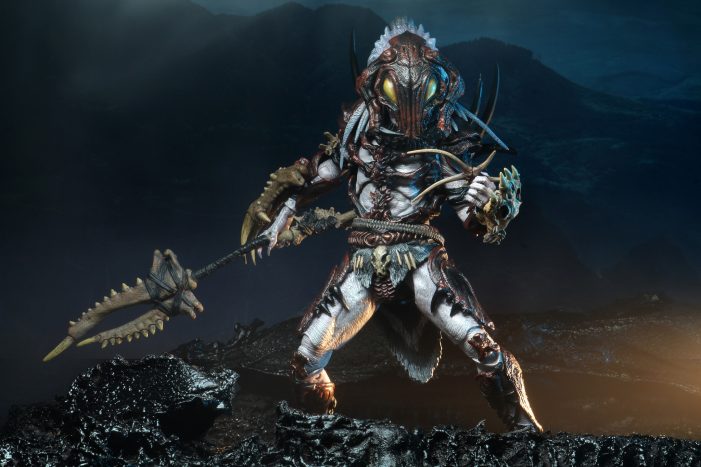 So who are the Amengi? According to that Alpha Predator lore sheet, thousands of years the ago the Amengi were a technologically advanced insectiod race who had consumed their homeworlds natural resources and as a result had become nomadic, travelling from world to world repeating that cycle of consumption, until the Amengi arrived at the Predator’s homeworld.

At this point in their biological history, the Predators – they called themselves the Hish at this stage in their civilization – weren’t the imposing physiological figures we know them as today. They were smaller and less intelligent. They stood no chance against the technologically superior Amengi invading their world. The Predators were easily defeated and enslaved for many centuries following the invasion.

Their Amengi rulers would prove to be cruel, using the enslaved Predators for food, labour, and even experimentation. They were also used as a form of entertainment, with game hunting and gladiatorial combat. As the popularity of the competition grew, so did the amount of attention the Amengi gave to them, with high-stake wages becoming an obsession among their culture.

The Predators were selectively bred to increase their physical prowess, and the Amengi used their own science to chemically enhance the Predator fighters, in addition to training to improve their skill. Their obsession with these fights would prove to be the Amengi’s downfall.

The Amengi created their own defeat. A fighter known as Kaail, one of the largest, most fierce some and intelligent of the Predators, organised a rebellion that overthrew their Amengi rulers. While Kaail feigned loyalty to the Amengi, he was able to co-ordinate and form alliances with other powerful slaves and orchestrated a bloody rebellion.

Alien vs. Predator Galaxy once again turned to Declan Loftus to visualize a fight between the Amengi and the Predator for this article!

The Amengi, who had grown complacent and arrogant, were unprepared. Their military had gone unchallenged for centuries, and the Amengi leadership was defeated within days. The remaining Amengi would be hunted down and executed, or forced into slavery themselves. The Predators would soon adopt the Amengi’s technology for themselves.

After the initial stages of the bloody insurrection, Kaail carved off the exoskeleton of one of his Amengi enemies and fashioned armour from its remains. According to legend, he was the originator of what would become Yautja culture. He was the Alpha Predator. And that’s Amengi lore according to NECA.

Chronologically we would meet the Amengi again in 2117 in Predator: Forever Midnight.  At this point in the timeline the Amengi are still enslaved by the Predators and are described as being “happy in their captivity.” So obsessed with technology and engineering, the Amengi are quite content in their current situation as long as they are given “a variety of technical puzzles” to solve and the honeylike substance they consume is kept in an abundant supply. They were described as being “totally loyal” to the Predators despite their status as slaves.

The Amengi were responsible for much of the Predator’s technology, with it being designed to be as user-friendly as possible. The insectoid aliens created a translation device – a recent invention at the time Forever Midnight takes place – the mind-prober and control devices that allowed the Predators to directly control the actions of human colonists on the planet Midnight – also known to the Predator’s as Safari Planet 3998. 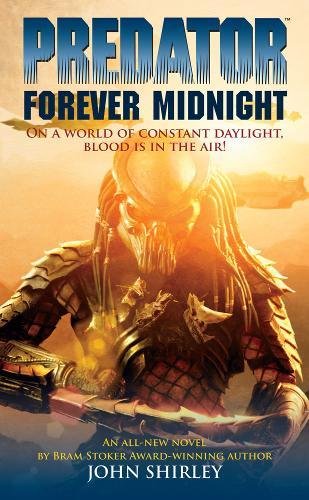 In Forever Midnight, the Amengi’s specific atmospheric requirements were poisonous to most other species – including the Predators – so they wore helmets at all times.

The insectoids were employed on the surface of Midnight to oversee the technology being used below, and were also directly encountered aboard one of the Predator’s short range landers by the surviving members of the United Nations Interstellar Settlement Corps. They were promptly dispatched by point-blank shots into their environmental helmets, the helmets apparently not bulletproof.

And that’s it for the Amengi! I don’t believe they’re mentioned in the follow-up (and much better novel) Flesh and Bloody – correct me if I’m wrong readers – and they wouldn’t be revisited after Forever Midnight until the release of NECA’s Alpha Predator.

Personally, I dislike the Amengi as featured in Forever Midnight, but there’s a lot in that novel to dislike. However, the concept of the Predators having stolen their technology is one I’ve always been fascinated with, and I’m particularly fond of NECA’s interpretation of the creatures. I’ve got to admit that I do genuinely like the retcon of Steve Johnson’s design as well. It’s a deep cut that I really enjoy.