First introduced in the novel Alien – The Cold Forge, Plagiarus Praepotens was first discovered  aboard the spacestation RB-232, more commonly known by its nickname the Cold Forge, where the geneticist Dr Blue Marsalis was experimenting on the Aliens for medical purposes.

Under the codename Glitter Edifice, Blue was supposed to be working on ways to genetically manipulate the Aliens during gestation so that they could be better controlled.

However, Marsalis discovered that during the impregnation, the facehugger wasn’t implanting an embryo, it was in fact delivering a substance – Plagiarus Praepotens. This substance was what was responsible for facilitating the growth of the chestburster by rewriting the host DNA.

Plagiarus Praepotens is fast acting, metabolising with the host’s soft tissues at an incredibly fast rate, effectively being absorbed into the oesophagus.

Marsalis considered the facehugger as hosts for the deadliest pathogen in the universe – a bacterial terror that was capable of rewriting the host’s DNA at a far faster speed that even the most advanced Clustered Regularly Interspaced Short Palindromic Repeats (more commonly abbreviated as CRISPR) technology in existence.

It was Marsalis’ hope to use the Plagiarus Praepotens as a way rewrite human DNA and to cure genetic diseases in humans – particularly Bishara’s Syndrome, a rare degenerative genetic disorder that Dr Marsalis suffered from.

Unfortunately due to an Alien outbreak that took place aboard the Cold Forge, Dr Marsalis was unable to conduct any further experiments but she was able to secure a sample of Plagiarus Praepotens that hadn’t been metabolished and escape the station.

The way Plagiarus Praepotens works sound remarkably similar to the effects of the black goo that was discovered on LV-223. When exposed to the black goo, the infected subjects would suffer from several mutations that altered their appearances into something that resembled the Xenomorph as we know it. 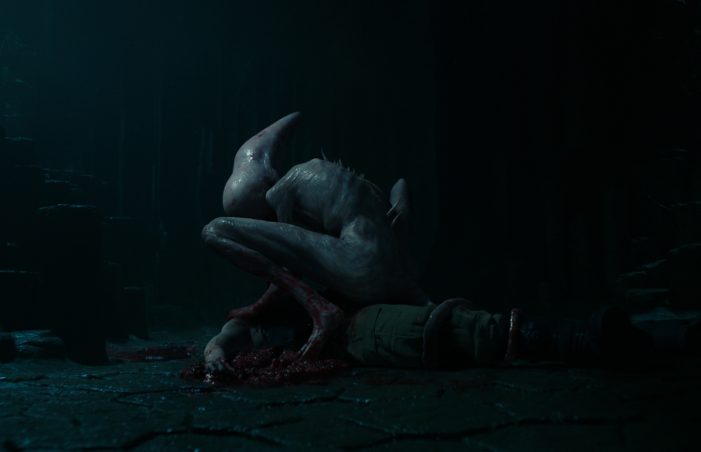 The Plagiarus Praepotens also sounds as if it is related to the method of infection used by the Neomorphs, an off-shoot of the Alien that was derived by the accelerant. With the Neomorph life-cycle, microscopic motes released by the eggs, would enter the host body through the nostrils or ears (and presumably any other orifices) where they would inject some form of substance that appears related to the accelerant. Within the next several hours, an infant Neomorph would gestate within the host body and birth.

The idea that the facehuggers didn’t nessarily implant an embryo has been around in fandom since the 90s but as far as I can recall Alien – The Cold Forge is the only official Alien material to include the concept.