Corporal Hicks: Okay… Longevity? Obviously, we were just thrown in a section in the middle of the game. It’s intense. I’m sure you’re already put thought into sustaining the game over a protracted period of time. About 15 hours, is that what the gameplay length is at the minute or?

Al Hope: One of the challenges for us is seeing people play it for the first time. They behave so differently to each other and so we can create something that we think is probably about 15-20 minutes worth of game and suddenly we see people play it taking half an hour or even up to an hour so we need to find where we feel comfortable adjusting it accordingly. It’s down to help people play it, I mean Jon…

Jon McKellan: Yeah, it was funny watching when we had the press in. I think there was eight machines in the room next door all running simultaneously and they would all be given the same briefing and press start at the exact same time and five minutes later, they were all at completely different part of the level doing different things and it’s like, I was expecting just to see he’s done that, he’s done this and just kind of and see it all as one thing but instead you’re going where is he, being really distracted  looking around at all these different approaches to it and that really opens your eyes. 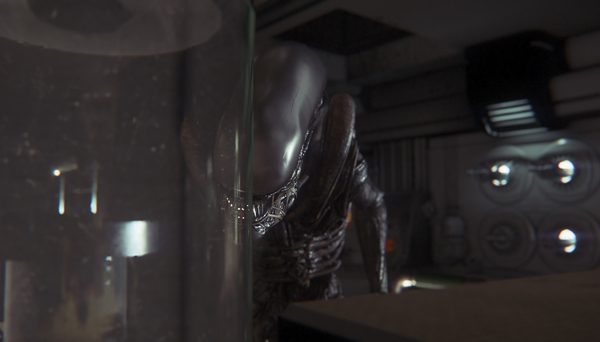 We create 15 minutes of content and it’s like, is that enough or it going to take 2 hours? It’s quite hard to nail down but that’s what we’re in the process at the moment is trying to get a better range, where we know the min and max that people spend and that gives us a better idea of the running time.

Al Hope: Plus, the fact that the alien is dynamic which means that every play is different and there is that opportunity to go back. When we announced the game, we had multiple people playing it, having them come out and all kind of talk to each other about what had occurred. It almost was like they were playing a multiplayer game because everyone had a completely different experience which was absolutely fantastic.

Jon McKellan: It’s like some people didn’t find the lockers where someone else spent 10 minutes at a locker waiting.

Corporal Hicks: Obviously, you’re going to give people a heart attack if you have a game that is just full of moments like that [the demo]. How different is it over the length of the game? We can’t be finding the alien all the time?

Jon McKellan: It can’t be relentless. You can’t subject someone to that for 15 hours straight and expect that to work. There has to be peaks and troughs and moments where you do feel a little bit more safer, at ease, or that you know the alien isn’t going to be around. We keep talking about this small victories – like in the demo when you finally get to the airlock – you can breathe a sigh of relief. Those bits are really important. The tension of the five minutes before that is super important, before that encounter with the alien, but when you finally accomplish your goal, you have a bit of success. We need to hang on to those moments as well because they’re just as important to balance things out.

Corporal Hicks: What sort of stuff fills that gap? What kind of game are we looking at?

Al Hope: So the game is very much about the player’s journey and about being on the Sevastapol, the space station. I think the alien encounters that the player has is very much the high intensity moments but there’s the Sevastapol itself which is a very dangerous place, physically dangerous and its falling apart, and there’s a small population there and they’re in the same situation as you. They’re desperate to survive and how they respond to events is sometimes positive and sometimes negative. How you navigate your way through the world and overcome the world are the problems to face there so there’s some really amazing combinations of those elements. Then you have the dynamic alien that can appear. It’s quite an interesting varied experience over the course of the game. 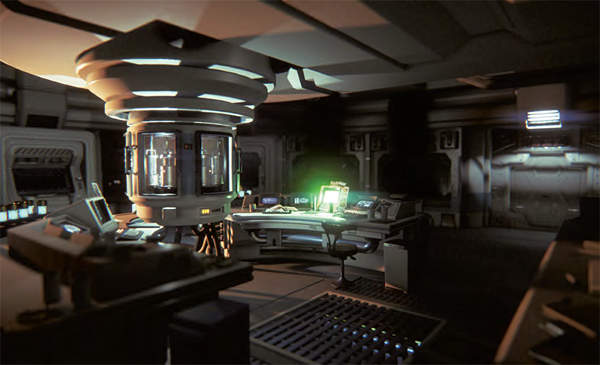 Dachande: Obviously in terms of surviving the alien and times when you may have to encounter it, in terms of wounding it, like in the demo you can attempt to hit with a wrench. Would that cause any damage to the station, any blood from the alien causing any damage?

Al Hope: I think there is an element of that. We’re not really talking about the wider experience today, we’re just focussing on you in a space with the alien and a motion tracker. There will be other interactions that the player can have and learn to try and help them overcome the alien and change the odds.

Jon McKellan: It’s funny as I remember back in the early prototypes, we put a gun into the alien encounter room and we let people lose to see what they’d do and everyone just went into the encounter with the alien and no one fired the shot. Everyone was like “put that away!”

It was really interesting seeing things like that where we tried lots of different interactions with the alien, some of them which you think would make people feel empowered and go “right, I’m just going to shoot this” but actually they still wanted to put the gun away and creep around rather than getting involved. There’s lots of different things that you can look at.

Corporal Hicks: We’ve got one more to wrap it up. So, the premise of the game is that it’s isolated, it’s single player, there’s no co-op or anything like that. So in terms of extending the games life after the player has been there and has finished it, finally defeated it, is there any sort of aftermarket support in the works, any DLC?

Al Hope: We’re not talking about that today.

Corporal Hicks: I think I’ve managed to squeeze most of what people wanted in that. Thank you very much guys.