Last month while visiting Southern California, I made a point to stop at the Bowers Museum situated in Anaheim. Currently running is the ‘Inside the Walt Disney Archives: 50 Years of Preserving the Magic’ exhibit, featuring artwork, costumes, props, and more from Disney’s extensive theme park and film-making history.

Thanks to the adventures of theme park tourist ‘Adam the Woo’ I was surprised to discover that one of the artifacts on display was the ‘Big Chap’ Alien from The Great Movie Ride, which operated at the Disney’s Hollywood Studios Park (formerly Disney’s MGM Studios) in the Walt Disney World Resort in Florida from 1989 to 2017.

This was one of my first introductions to the Alien when I was quite young, and I experienced the attraction a number of times during Florida visits until my last ride in 2014.

For a bit of history: In the late 80’s and early 90’s, then Disney CEO Michael Eisner was looking to add attractions to the theme parks with more appeal to teen and adult visitors. He initially wanted a full-fledged Alien based attraction, which Disney ‘Immagineers’ pushed back on, as they did not fancy the idea of an R-rated property featured prominently in the park. Instead an original sci-fi horror attraction called ‘ExtraTERRORestrial Alien Encounter’ was developed with contribution from George Lucas.

The ‘ExtraTERRORestrial Alien Encounter’ was also an excellent attraction in its own right which I loved experiencing as well, and which received quite a few complaints from parents for being too scary, even though there were multiple warning signs placed in the queue. Disney retained the rights to use the Alien in their theme parks, and Eisner got his way in a sense by incorporating an Alien segment aboard the Nostromo as part of The Great Movie Ride.

I was really glad I got to see this impressive Alien up close, take some pictures, and pay my respects. It was bittersweet, as I much preferred seeing it taunting me surrounded by steam blasts and siren lights aboard the Nostromo. Now that Disney fully owns the rights to Alien, who knows… maybe one day Disney will rethink its stance on R-rated properties, or at least this specific one.

Here’s a selection of photos I took of the display: 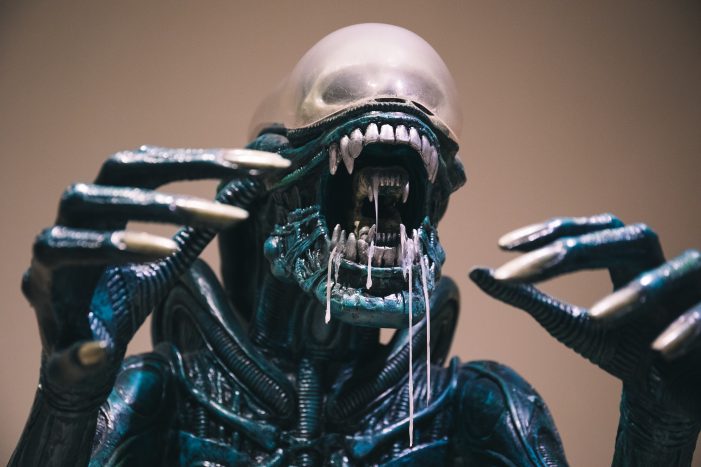 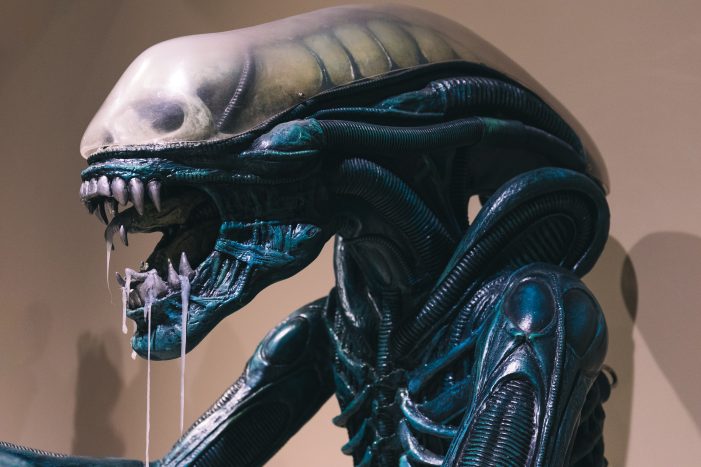 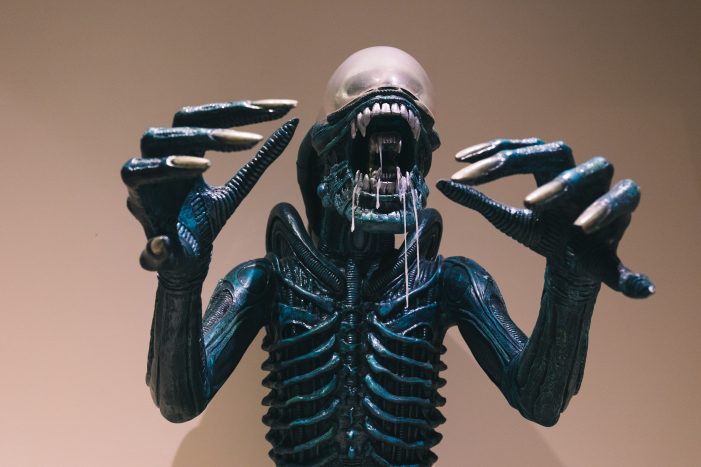 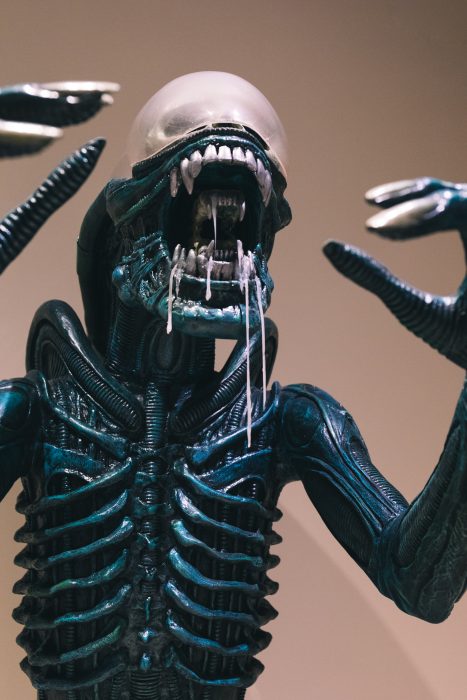 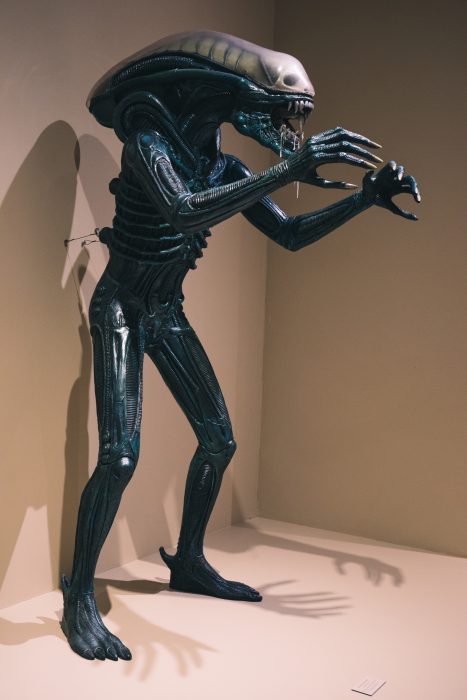 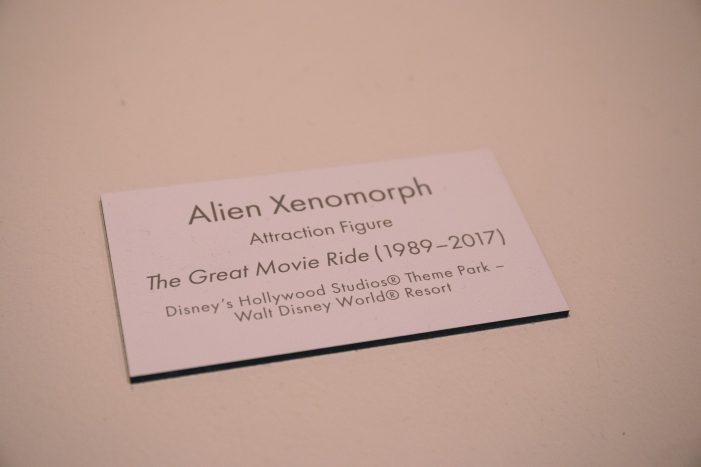 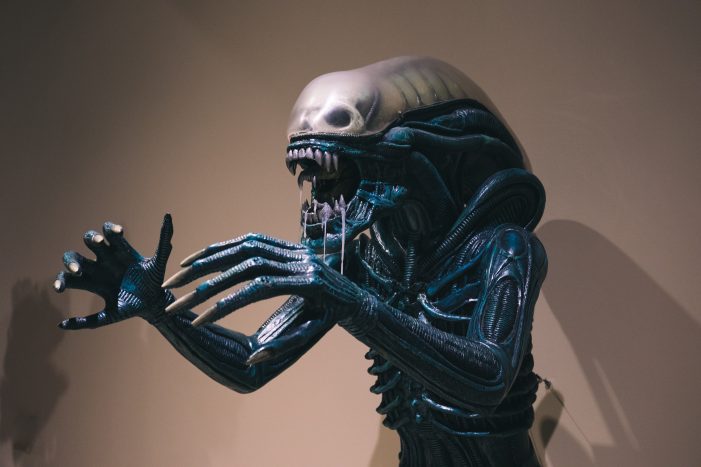 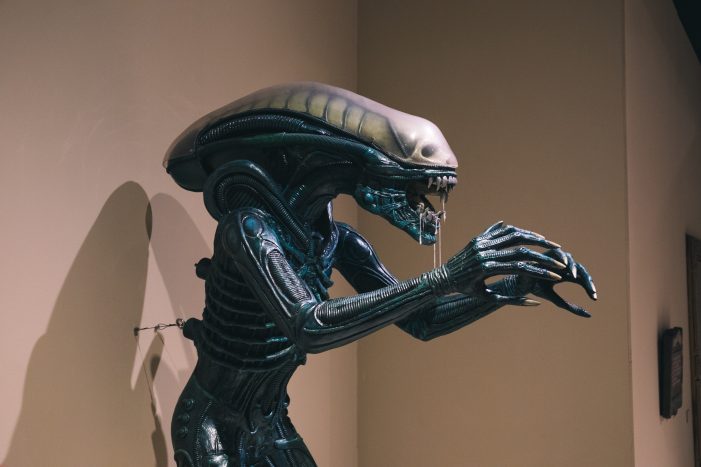 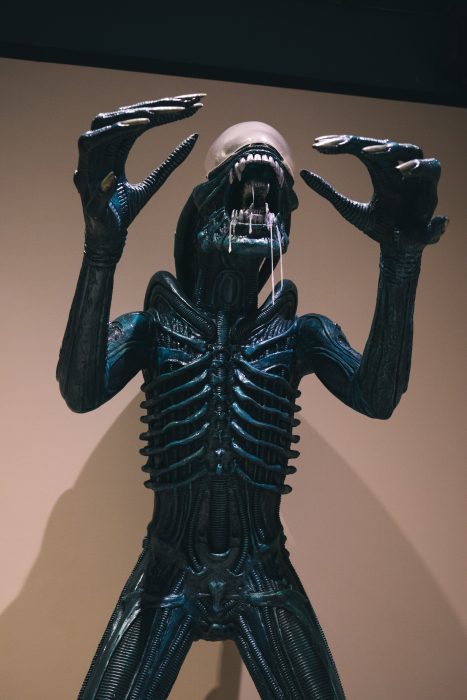 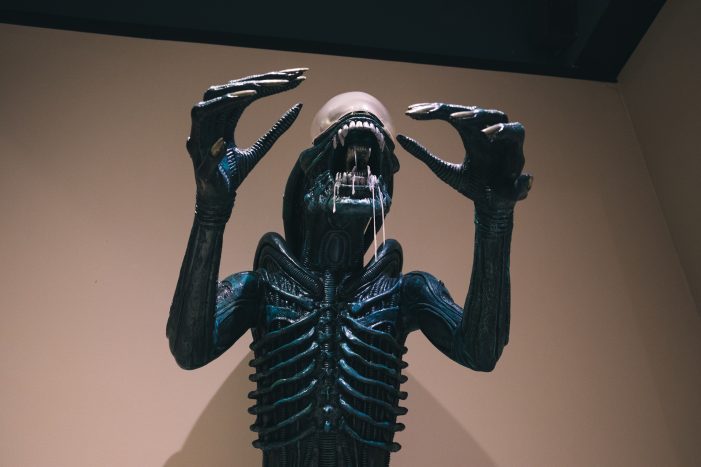 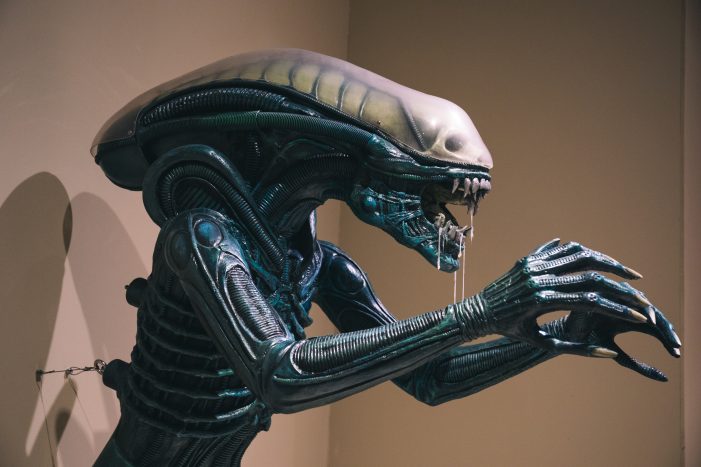 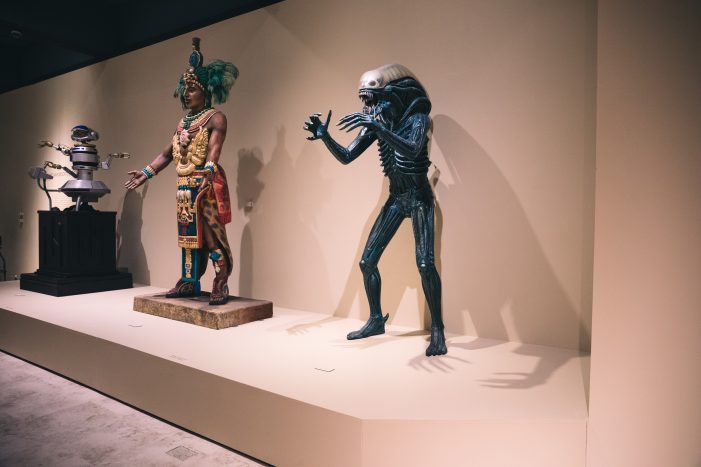 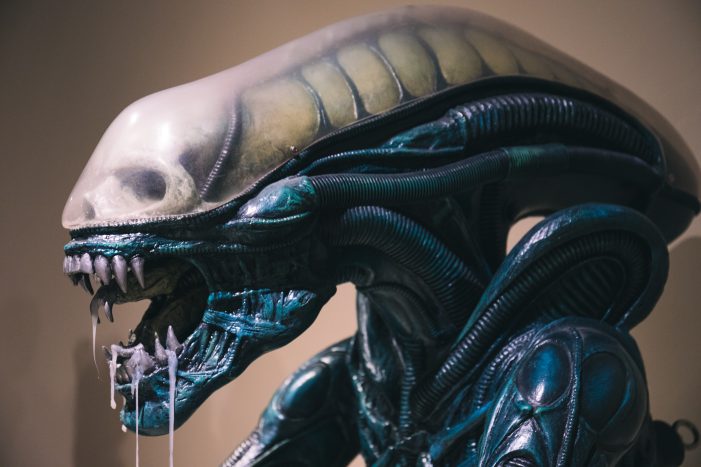 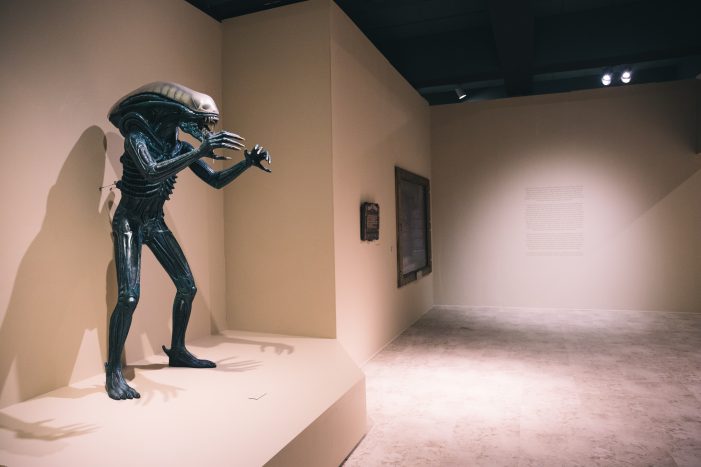 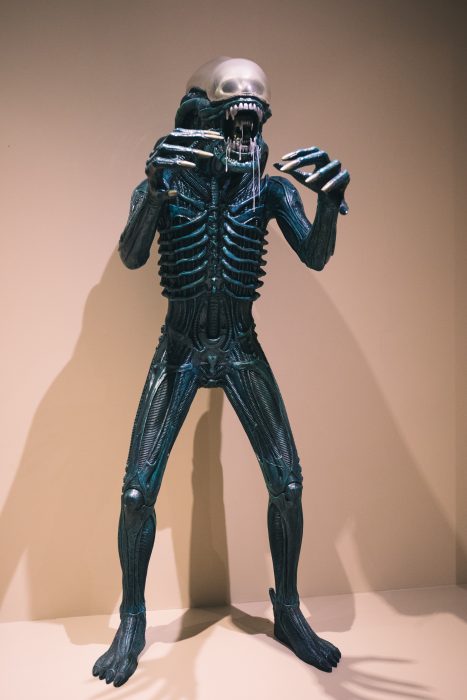 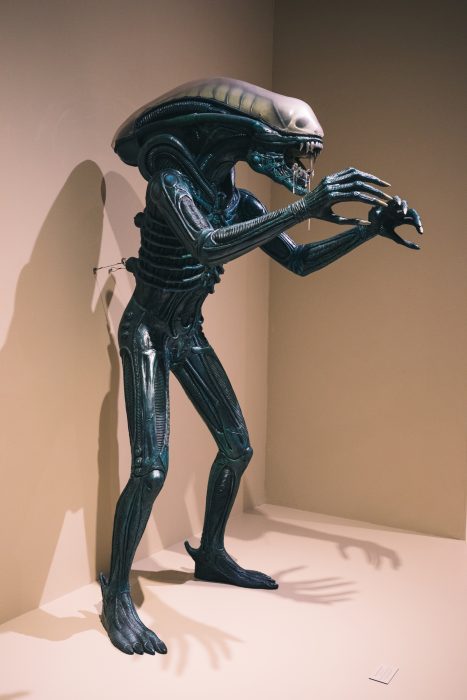 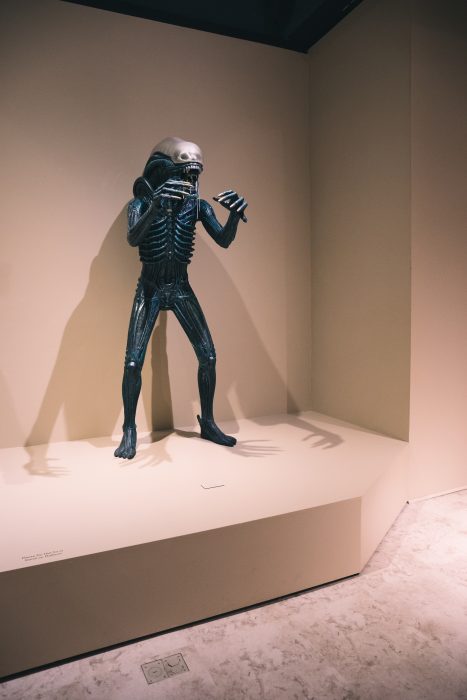 I also put together a video for our YouTube Channel which you can check out below:

While this exhibit was planned to go until the end of October, the run has thankfully been extended until the end of February 2021. However, due to changing COVID-19 regulations in California, the museum is currently closed, and hopefully will be available for reservations again soon or have the exhibit’s run extended further into next year. Check out The Bowers Museum website for further info.