Anil Kunnell is a man that shouldn’t need any introduction by now. Alien Planet is an ambitious project that almost everyone in the community knows about by now. It’s a plan to let the fans have what they really want for the fifth Alien film. But the question is, is what Kunnell’s selling really what the fans want? Well that’s what you’re reading this review for, right? Let’s get on with the show shall we? 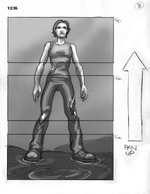 Now I’m just going to go ahead and skip the summary part of the review. If you don’t know what Alien Planet is yet then you go and check out our first review. For now, I’m just going to jump straight into the goods and bads. One of the things that really jumped out at me and made me think “wow” was the very planet the last act and a half are set on. The very descriptions are written in such a way that I found it really easy to visualize this living world. If this script was to be filmed, you’d know it would be visually impressive.

Also a highlight for the script was the first act and a bit, devoted entirely to character introduction and element. It was fantastically done. I really felt myself believing these characters had spent so much time together and I got a real sense of their family bonds. Ripley was also convincingly written. I thought the script had the atmosphere down exactly right too! More than a few times I was on the edge of my seat. I’d expect that there are quite a few sequences that would scare the shit out of people if this were filmed. One of the things that let it down was the translation. Some of the dialogue suffered from the German to English translation. Characters spoke like children at time and this made me cringe on more than one occasion.

You may have read in PlanetAvP’s review, Alien Planet also introduces a new type of Alien called the King, and our previous review told of a massive war between the Aliens themselves. I got to this part and my interest just piqued immensely, and so I read on Only to be disappointed. No explanation. There was a brief appearance from the King Alien. It wasn ‘t even needed in there, and the warring wasn ‘t even explained. 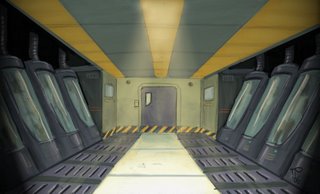 As you may remember, last week I reviewed DNA War and mentioned Genocide in it. Both feature Alien vs Alien fighting and both have some interesting explanations of this. Alien Planet has none. It feels like they ‘re fighting for the sake of fighting. And as I read on, my feelings got no better. This script had so much potential in it that it just hasn ‘t reached yet! It could potentially add an interesting new feature of the Aliens to canon but fails to do so. It might even be worth leaving this Alien vs Alien segment out of the script, it could also potentially solve that problem of shifting from Alien to Aliens mentioned in PlanetAvP’s review. 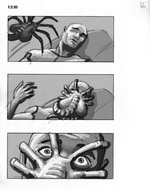 Another thing that just made no sense was when one of the characters it ‘s so hard trying to write a review to help without giving too many details away – was killed. In a single throw away comment that the character was an android we ‘ve ruined pages of development and care for this character just for the hell of it. Nothing came out of that revelation. None of the characters asked “what the f**k?”. They just went on their way.

Tension. That was something I didn’t think went very well. Sure, we got some tension towards Ripley when we found out what she really was, but not too much. But that ‘s not the source of the problem. Another character was revealed to be “working against” Ripley and quite soon, they became pretty buddy buddy. Those two characters offered so much more potential for voicing Ripley’s intentions and feelings and to add some human drama to the adventure. The tension that could have come from that could have helped make things more desperate for the characters. But all that came from it was a “Mr Exposition”.

Now, I ‘m not saying the script was bad. It was well written and I enjoyed reading it, there ‘s just so much more there, trapped within the current draft. Space Jockeys! They were in the script and on the planet but with hardly any explanation. That ‘s another thing that could do with being worked on. I have no doubt this would make a decent Alien 5 several drafts down the line. The potential is there, everything that is needed is there, it just hasn ‘t been realised yet.