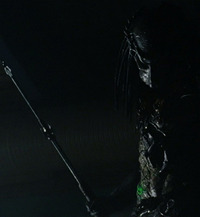 The Combistick, or Telescoping Spear, can be seen in Predator 2, Alien vs Predator, AvP Requiem and Predators. It’s another retractable weapon. It starts out short and extends by a couple of metres. It’s a great weapon for close combat and it can also be thrown at a target.

In Predator 2, the City Hunter uses it to kill Jamaicans in the apartment and also to kill all of Keyes’ team with it in the meat locker.

Behind-The-Scenes: During production,  the filmmakers found it difficult to create something small that would extend as long as it did. As a result, two prop spears were made, one that would initially extend the two outer sections, and then another prop showing it full extended.

Some early concept art for the Telescoping Spear: 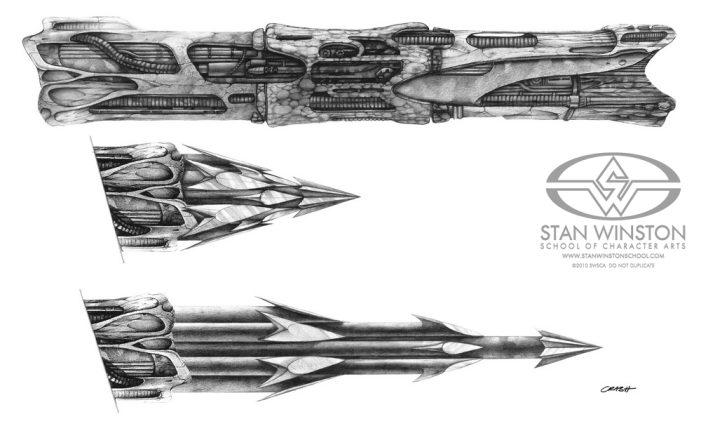 Behind-The-Scenes: During production, ADI constructed Predator spears both with extended and retracted shafts. Transitions between the two were handled with digital effects.

An early design for the telescoping spear from RK Post had retractable spikes and blades along the spear.

In AvP Requiem, the Wolf Predator first uses a spear to kill an Alien at the swimming pool and then it’s seen later in the movie.

I’m not sure whether to class this as a Combistick, Speargun or an entirely new weapon. When the survivors are in the hunting camp, Mombassa is hit with something small. After a few seconds, the spear expands inside of him, jutting out in multiple directions.