The Medi-Kit, also known as the Medicomp, was featured in Predator, Predator 2 and AvP Requiem and is carried by Predators in case it gets injured.

The kit seen in the first Predator movie comprises of numerous tools like instruments and powders which helps the Jungle Hunter to heal a bullet wound in its leg. From what I can gather, it contains one shrapnel extractor, two wound clamps, one stimulant shot, and one tube of antiseptic. 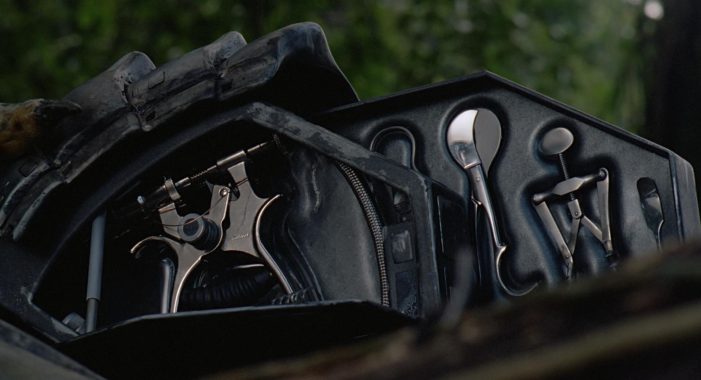 City Hunter in Predator 2 has a much bigger medi-kit than the one seen in the first movie. The medic kit includes surgical blades, a shrapnel extractor, wound clamps, a spatula, a burner for melting medicine, 2 vials of medicine, a needle and an emergency breathing mask. In the screenshot below you can see the burner dish. In the film, after the Predator loses an arm, it gets out the medi-kit. It fires up the burner and crushes up the bits from the mirror and the tiles into the burner.

The silicon from the mirror and the limestone from the tiles combined with the glowing blue liquid it pours on, form some kind of biological mortar. This can be used by the Predator to patch up almost any wound – even his severed arm. The predator then uses the needle to inject himself in the stomach. I assume this contains another form of medicine. 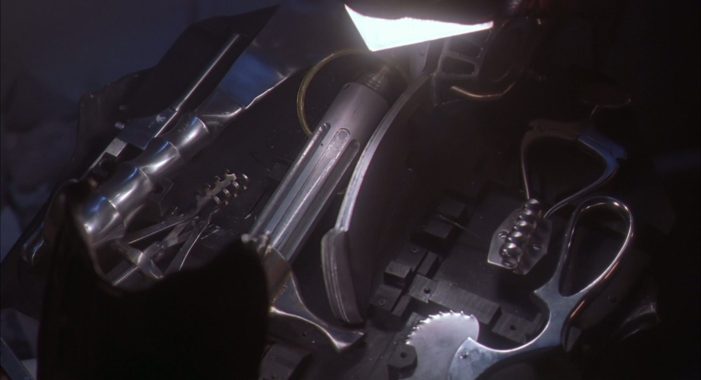 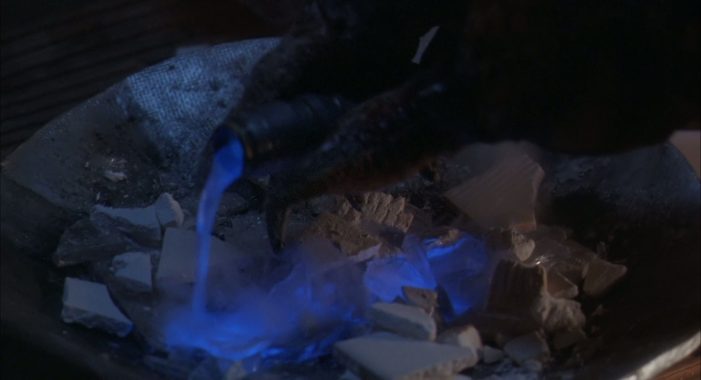 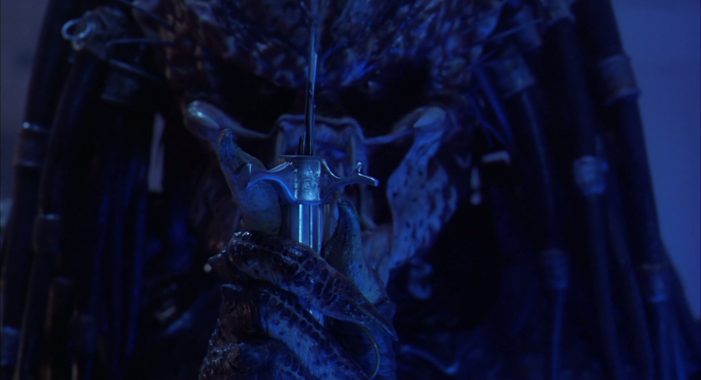 The Medi-Kit was also featured in AvP Requiem. The Medi-Kit contains a number of cutting and cauterizing tools in case the Predator got injured. In the film, Wolf finds himself in the cemetery after being impaled at the power plant. He uses the stapler from the Medi-Kit to heal himself.

During production, in keeping with the sleeker Predator, the Medi-Kit was redesigned to be a smaller, less obtrusive unit. You can see concept art from Farzad Varahramyan of the surgical stapler: 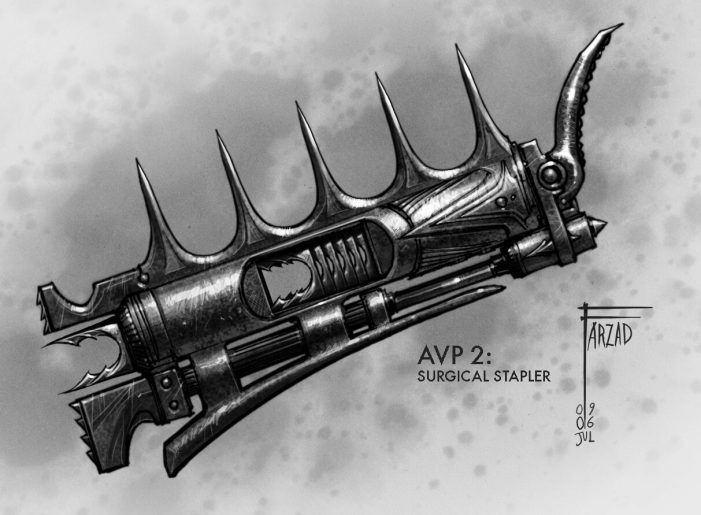