In 2019, NECA released the second variant of the Fugitive Predator – The Lab Escape version where the Predator escapes from the the research facility in The Predator.

From the new movie The Predator, directed by Shane Black! Based on its appearance after it awakens in and escapes from a government research facility, the Fugitive Predator (Lab Escape) stands over 8” tall and features over 30 points of articulation. This version includes 2 new interchangeable heads (unmasked closed mouth and masked with glowing red LED eyes), 5 interchangeable hands, battle damaged mask, shuriken and rifle. Uses button cell batteries, included. 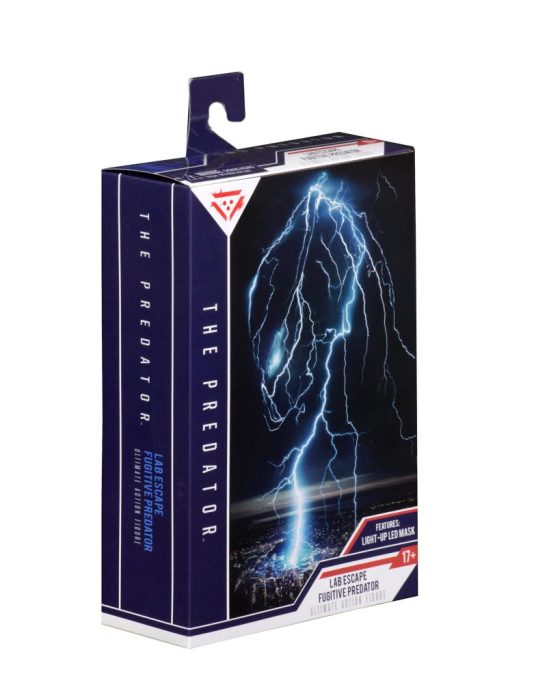 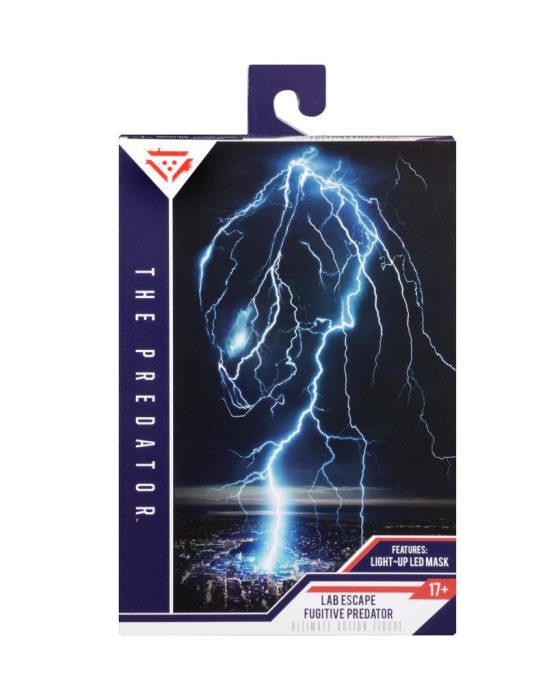 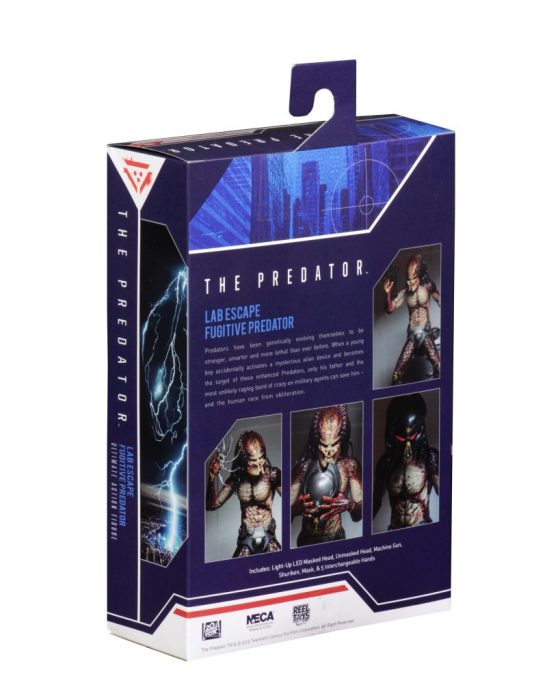 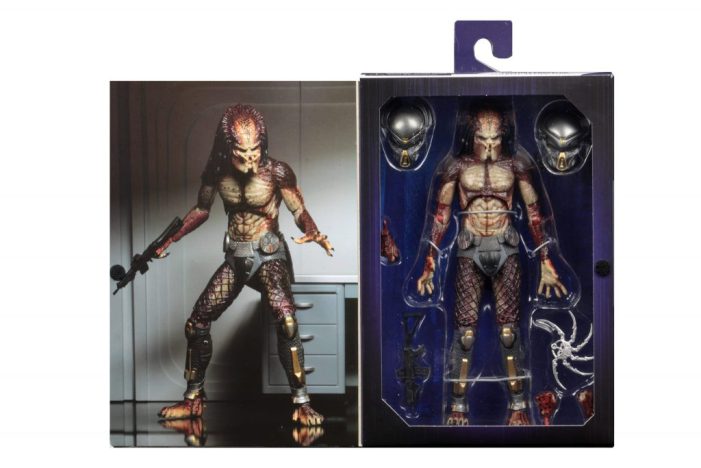 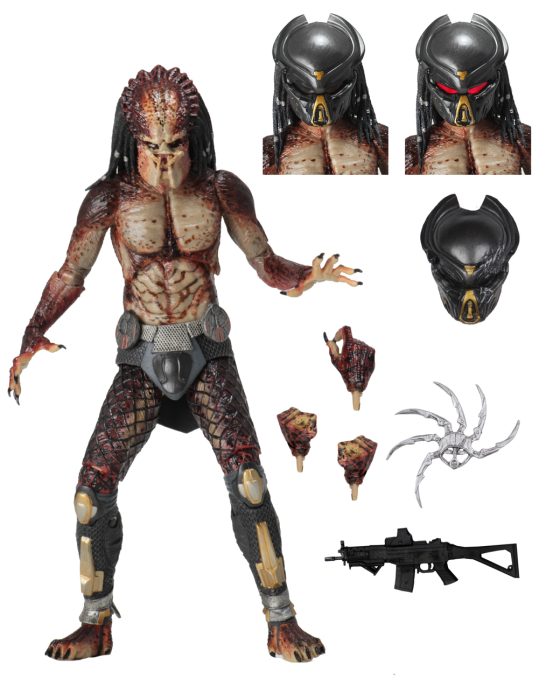 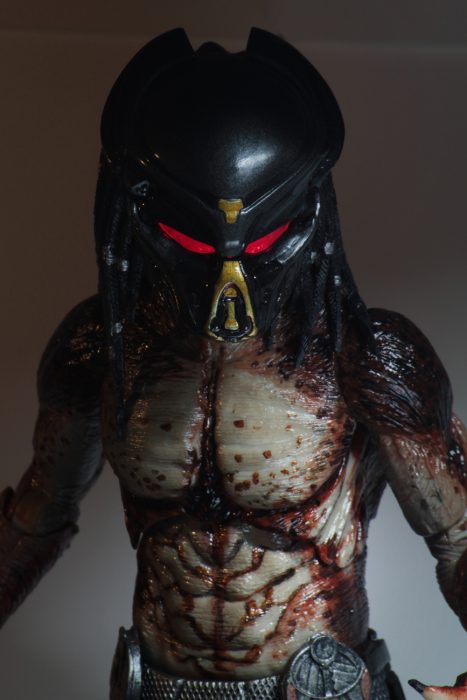 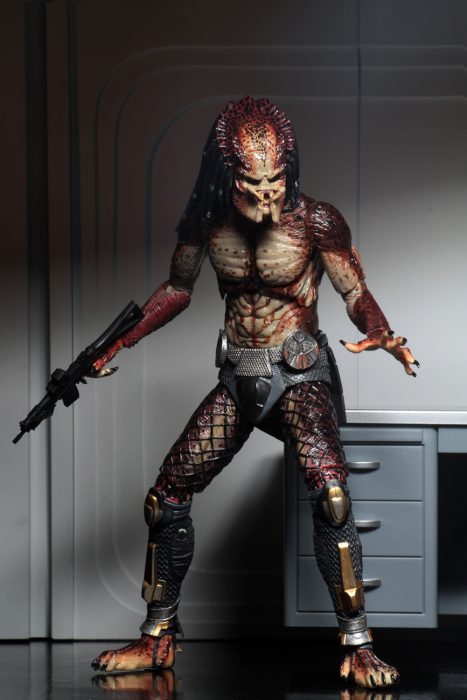 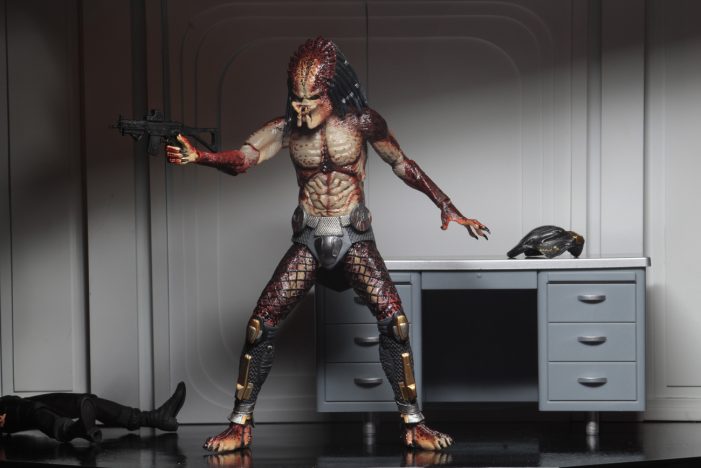 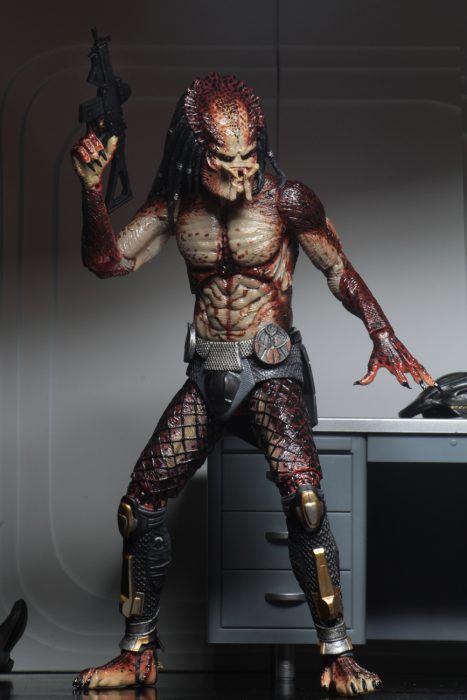 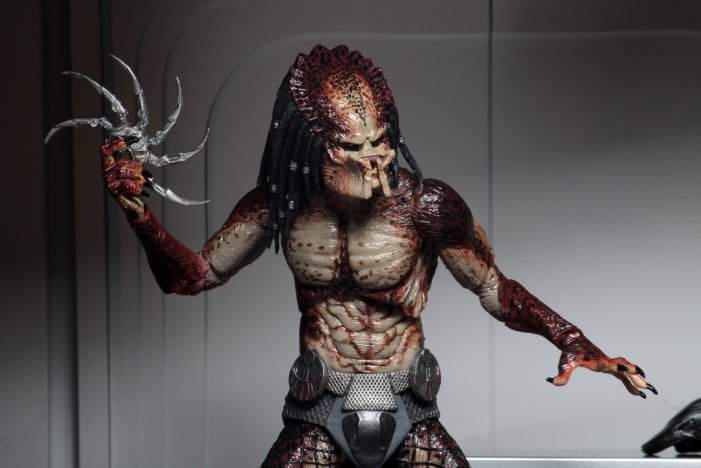 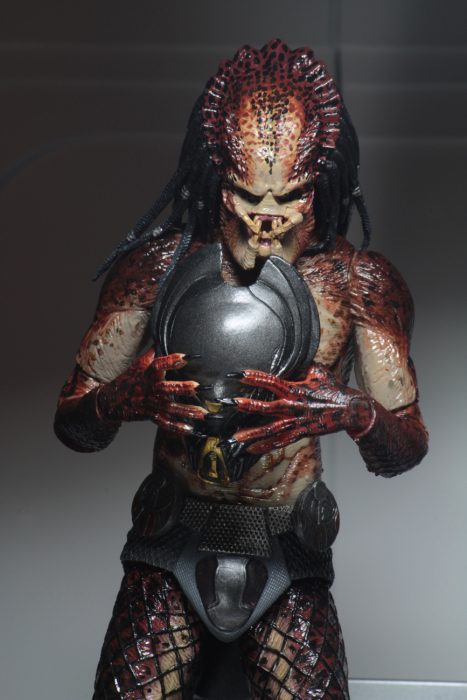 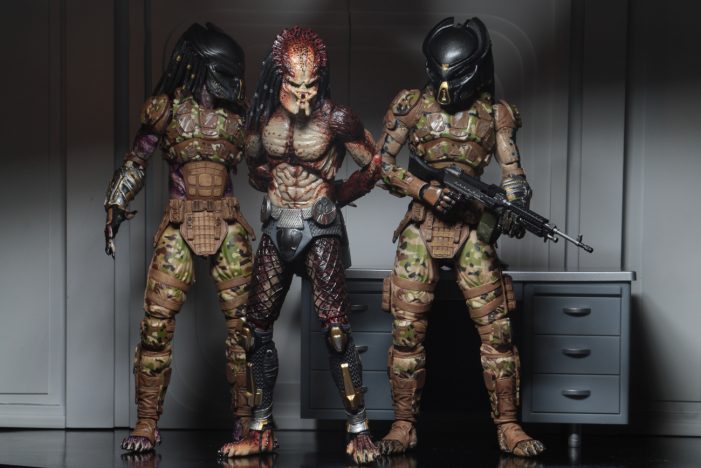 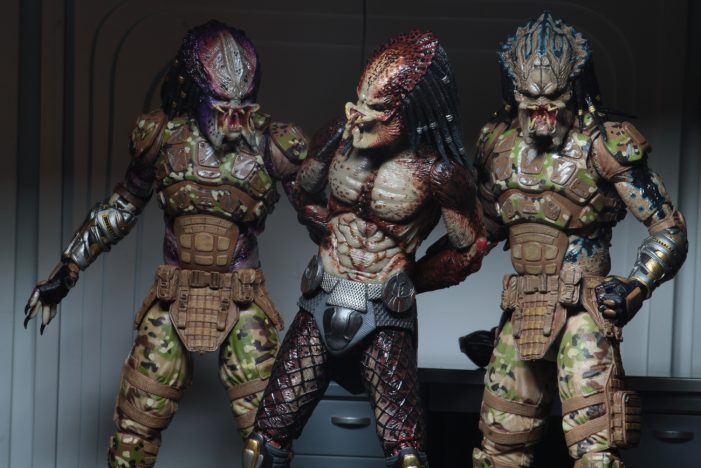