Continuing their line of figures from the recent film The Predator, NECA released both Emissary Predators as figures who were deleted from the film. Emissary Predator #1 includes masked and unmasked heads as well as a rifle accessory.

From the new Predator movie directed by Shane Black! Although their scenes were deleted from the final cut of the movie, the Emissary Predators were military Predators who fought alongside the Loonies. 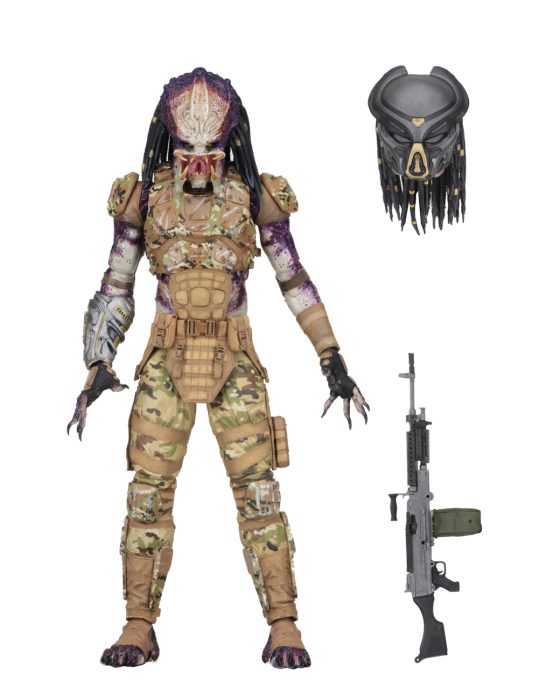 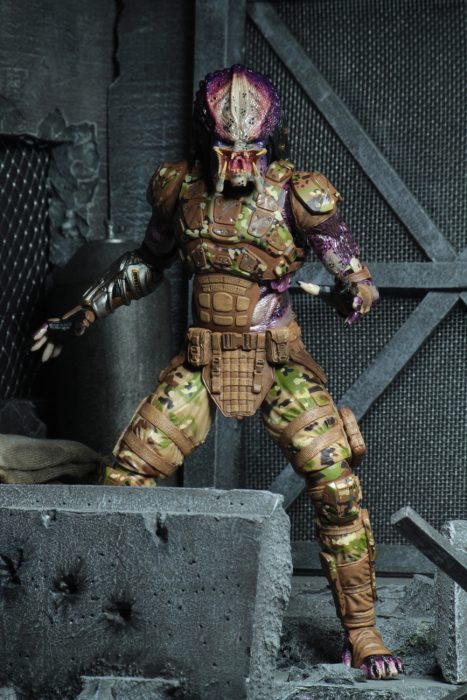 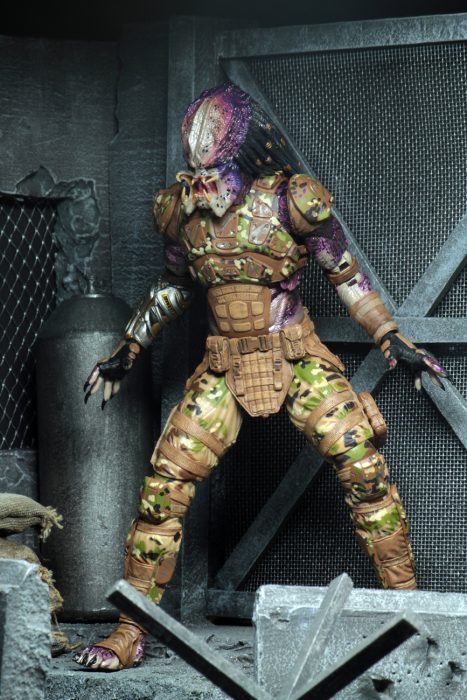 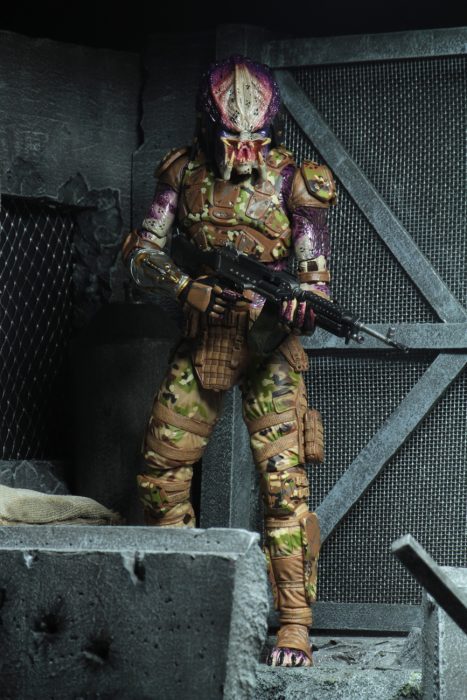 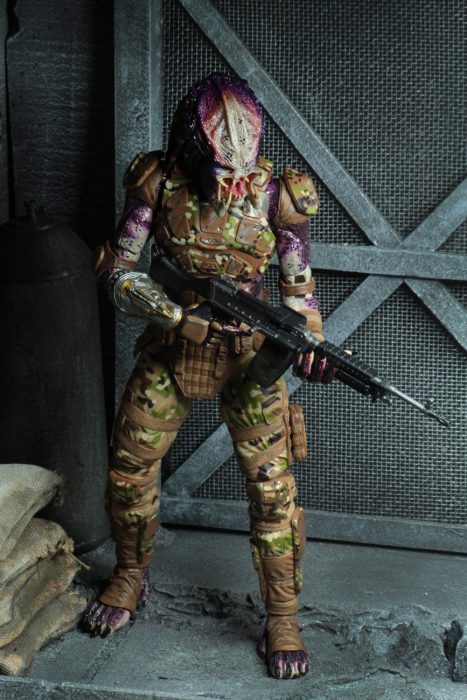 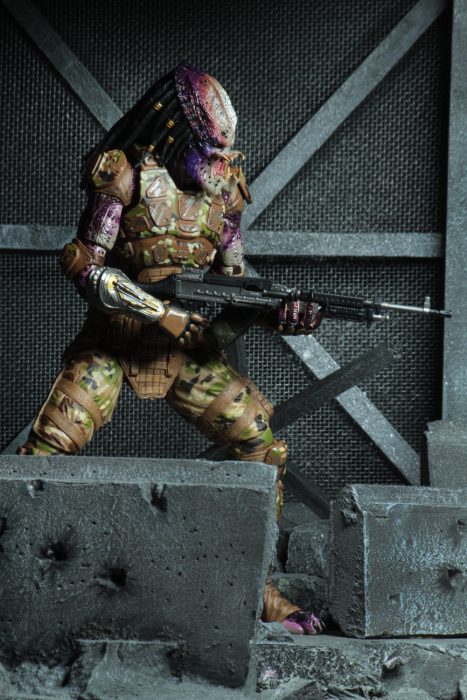 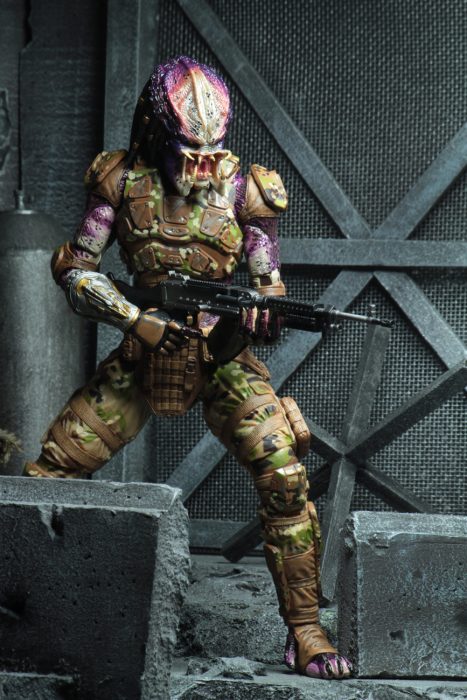 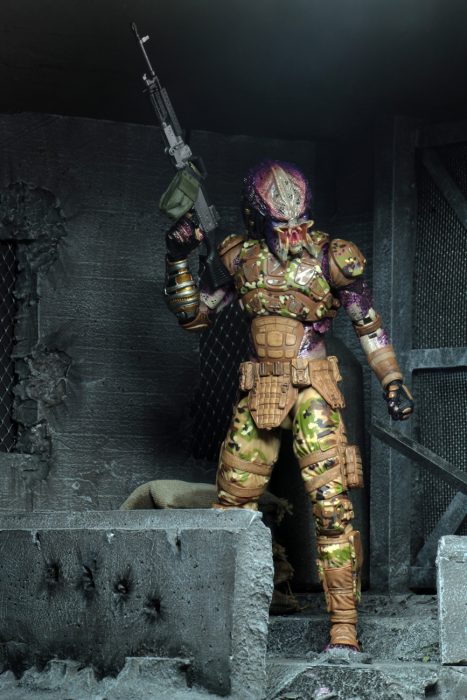 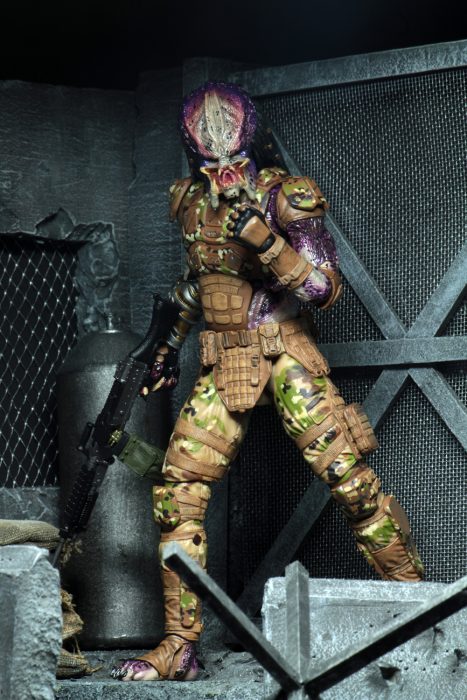