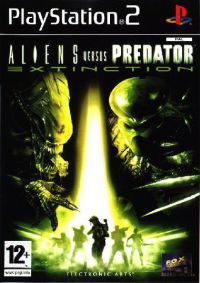 For the first time on the next generation console systems, play as Aliens, Predators, or Colonial Marines in this tactical squad-based strategy game based on the Aliens versus Predator universe. On a cold, distant planet, the war against extinction is on and your command skills will determine its outcome. Control an Alien hive, direct a Predator clan, or lead an elite squad of Colonial Marines and fight for the survival of your race. Experience the Aliens versus Predator universe from the perspective of the Aliens, the Predators, or the Colonial Marines in 7 unique missions customized for each race. Control never-before-seen Aliens, Predators, or Marines and upgrade your weapons and abilities to gain a tactical advantage. Do you have what it takes to win this ultimate battle of the species?

You can view more Screenshots in the gallery.