The trophy kills are a bit of a toss-up. It’s fun and satisfying to finish your opponents in brutal Alien vs. Predator fashion, however, some of the stronger opponents take multiple prompts before the final kill animation. During this time you’re completely vulnerable, and I found it frustrating when I’d accidentally tap it while engaging a whole group of enemies, locking me in a kill animation while the rest of the group tore me apart. Stealth kills can also be performed by sneaking up behind enemies.

As you progress through the campaign, you’ll unlock side missions. These are timed or objective based short challenges such as defending a group of hatching eggs as the Alien, or obtaining ten kills without being detected as the predator. They’re fun little distractions and a good way to earn the credits required for character unlocks. 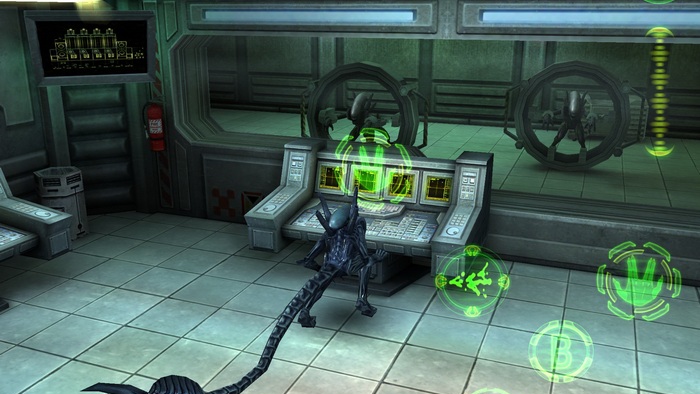 The game features an in-game currency system in the form of Alien “Xeno Points” and Predator “Honor Points.” The two species rank up independently of each other. These points are used to unlock upgrades for your characters. As the Alien, you unlock new body aesthetics, which have their own distinct gameplay attributes, as well as secondary abilities.

As the Predator, you start the game mostly naked. After obtaining your initial equipment, you have a wide variety of armor, masks, and weapons to unlock. These character aesthetics are straight from the films (with the only notable absence being the Predator 2 armor) and I found it interesting to mix and match the different looks.

This personalization is discouraged though, as you get powerful boosts for equipping an entire matching character set. For example: if you have the Falconer Predator mask, armor, and plasma cannon equipped, you can use his special ability to call in a falcon strike. You can also upgrade your health and other secondary attributes. 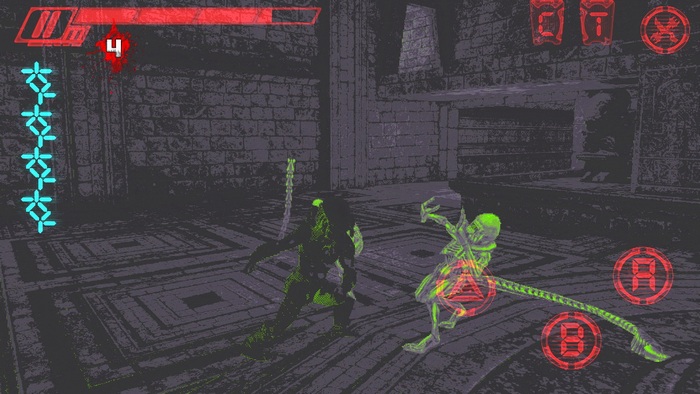 The in-game currency is earned through character progression. I found that even after finishing all of the levels and side challenges, I had still only partially unlocked everything available. You can, of course, purchase these points using real money in store.

These purchase options are quite common on the mobile platform, featured in big titles like Infinity Blade. This leaves that “instant gratification” (as Visceral Games’ Producer John Calhoun called it after the Dead Space 3 micro-transaction controversy) available for the impatient or those having trouble with the often challenging campaign.

There are 28 achievements available, most of which revolve around unlocks or reaching a certain number of enemy kills in different ways. Leaderboards are also present but they really only feature who has the most Xeno or Honor points.

For a mobile title, this game really looks outstanding. Character models are spot-on, animations are pretty good, and the environments are well crafted. The game uses the Unity Engine and does a fantastic job with lighting, reflections, and textures. The textures were better than Aliens: Colonial Marines in some areas (a feat that unfortunately is too easily accomplished). 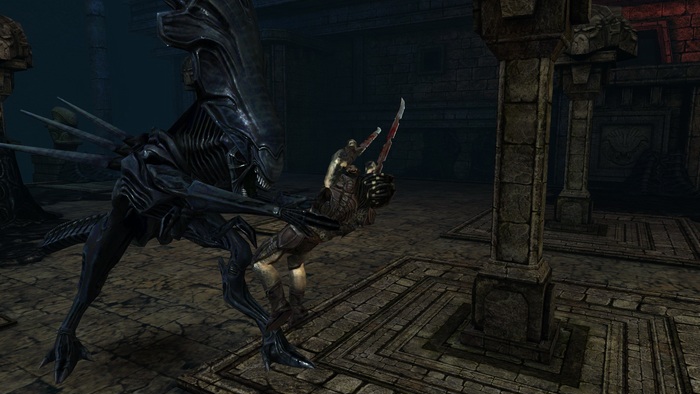 I played through this game on the iPhone 5, but I’ve also had a chance to give it a test on my 4th generation iPad. The larger screen makes a big difference, and the graphics are easier to appreciate on it. If you have the opportunity, play this on a tablet rather than smartphone.

The Sound is excellent as well, with nice dark ambience in the menus and an orchestral score that feels totally Alien vs. Predator. Some of the sound effects seem to have been pulled directly from Rebellion’s 2010 Aliens vs. Predator title, but there are original ones too and both work effectively.

As far as stability is concerned, the game has some issues. In certain sections, usually with plenty of enemies on screen, the game would crash. This happened literally dozens of times, and became increasingly frustrating when I lost my progress of a difficult segment that I had just completed. At first I thought this might have been a hardware issue, but I ran into the same problem on my iPad numerous times.

This occurring on the latest generation of both iPhone and iPad, I can only assume the game has a few patches in order. There are some other little bugs here and there, but nothing that can’t be easily fixed. 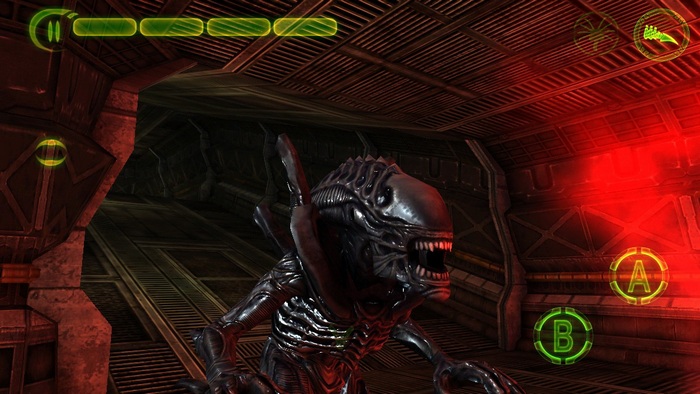 Overall, I had some good fun with Alien vs. Predator: Evolution and I’d recommend it to any fan. It was made with respect for the source material and is a nice little addition to the universe. It features tributes to all of the films, and there were plenty of interesting moments. It has its issues, to be sure: the difficulty spikes may be off-putting for some, and the fact that the game seems to expect you to use micro-transactions to unlock upgrades in a timely manner irks me a bit.

As a game on the go it’s great, and I predict waiting in grocery store lines will be much less boring for a while. Angry Mob Games did a fine job with updates to their previous “Predators,” and they’ve hinted at additional content being released for Evolution in the coming months. I’m looking forward to it. I want to give this game 4 stars, I really do, but the micro-transactions, stability issues, and difficulty frustrations bring it down to a 3.5 out of 5 for me.