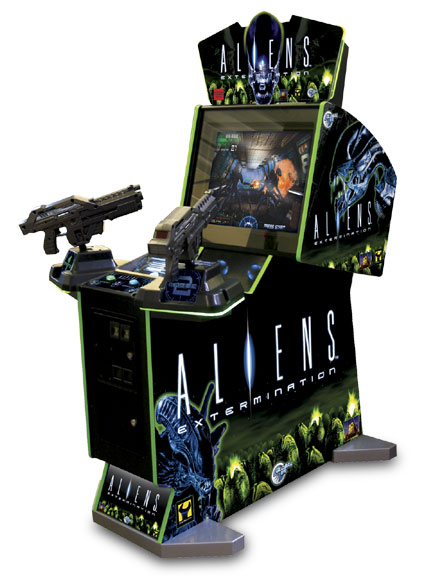 Aliens Extermination is a 2006 Arcade shooter game that was published by Global VR. The game features 4 main missions and a very short closing mission. The story takes place just after the events of Alien 3. Two squadrons of Marines return back to Hadley’s Hope on LV-426 to destroy the Xenomorphs. They encounter Weyland-Yutani synthetics who are trying to capture the Xenomorphs. As the Marines explore the hive, they find a a Weyland-Yutani laboratory. Eventually, they encounter the Queen and have to escape the colony before it self-destructs.

As a Marine, you have a pulse rifle and flamethrower at your disposal as well as the ability to fire rockets and grenades. Ammunition and health packs can be collected along the missions. You’ll encounter Eggs, Facehuggers, Chestbursters, Warriors as well as a ‘Dragon’ Alien and the Queen.

It’s been years since the Colonial Marines left planet LV-426 and the Alien population behind. It’s time to go back to finish off the Alien monsters…and more! The world seems familiar, but the scenario is not. Since the Marine’s last visit, the “Weyand Yutani Corporation”, reprogrammed an army of synthetic humans to stop anything from getting in the way from the Company’s development of their deadly Bio Weapons. It’s not as simple as just killing Mother Alien any more. 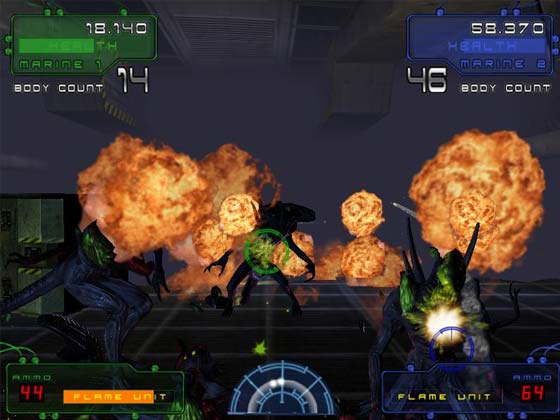 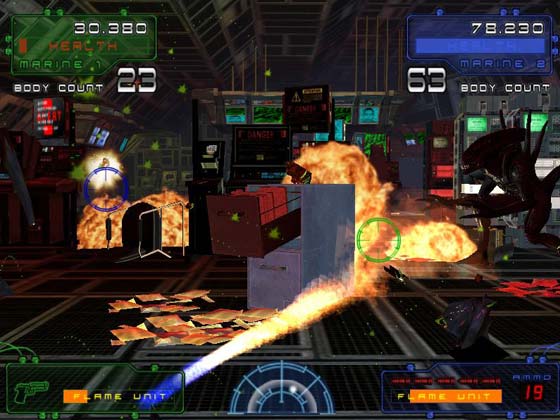 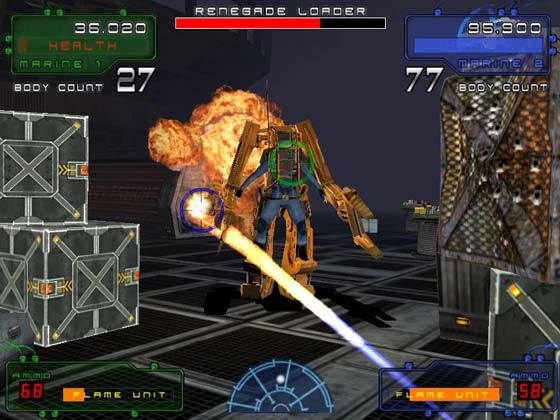 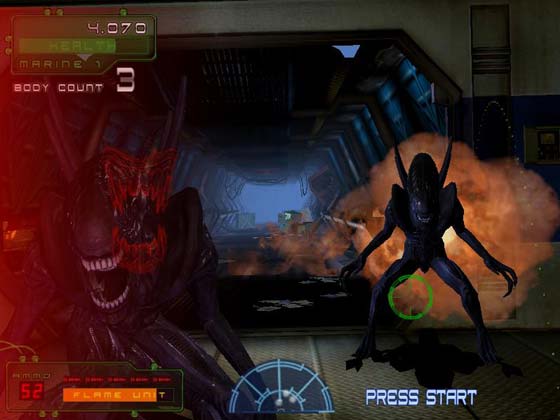 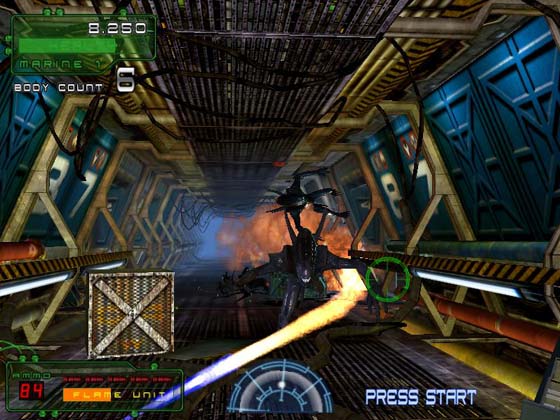 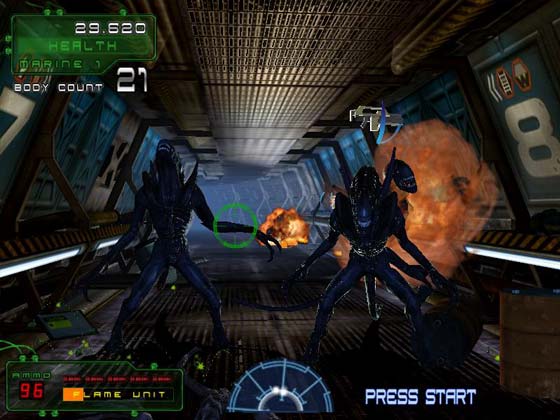 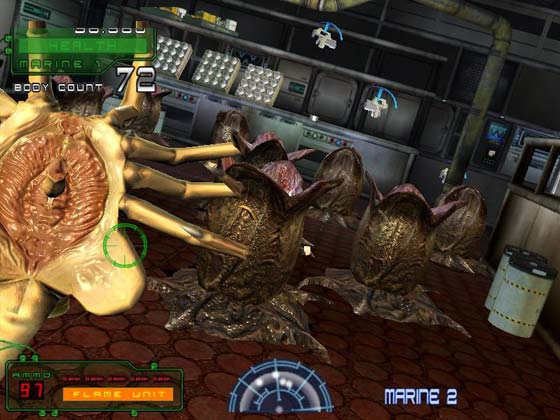 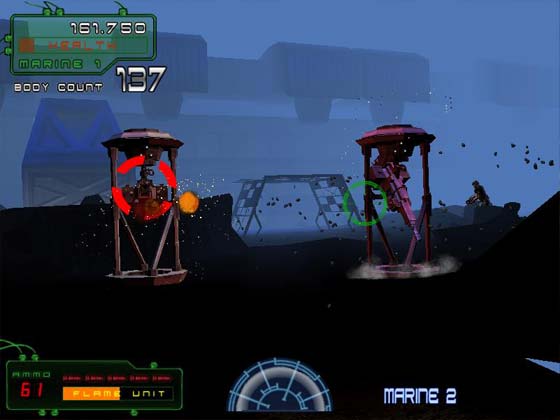 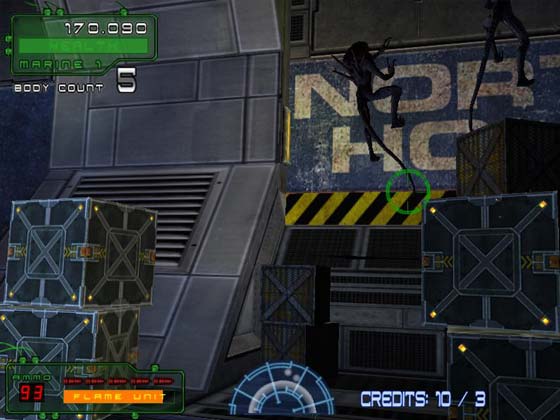