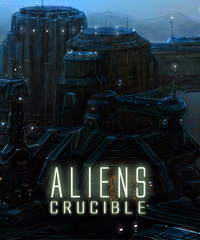 Sega announced on December 13, 2006 that Obsidian Entertainment will be creating a role-playing game based on the Alien film franchise which will be released on PC and next-generation consoles. The game was due to be released sometime in 2009 but was delayed until 2010. Obsidian is well known for creating games such as Star Wars: Knights of the Old Republic II: Sith Lords and Neverwinter Nights 2. The role playing game will “build upon the distinctive look and feel of the original films while utilizing next-generation technology to create an entirely different and unique Alien experience”.

Simon Jeffery, president of Sega, said “With Obsidian Entertainment’s development pedigree, they were our first choice to bring the Alien franchise to the RPG universe. They are the only developer for us that could effectively combine the Alien mythology with compelling RPG gameplay to create the ultimate Alien experience.” Feargus Urquhart, CEO of Obsidian Entertainment also said “We are thrilled to be working with the great production and publishing teams at Sega to deliver the ultimate in-depth Alien experience to gamers worldwide. Building an epic RPG with a license as heralded as the Alien franchise is truly a great honor.”

When AvP was announced in February 2009, Sega announced that development on the game had been “indefinitely suspended”. No reason had been given. It was reported that several employees at Obsidian had lost their jobs. The game was officially cancelled in June 2009. Both Sega and Obsidian confirmed it and Obsidian removed their Aliens RPG forum shortly after.

“At this point, SEGA has no plans to move forward with the Aliens RPG. The Aliens franchise offers us so much content to choose from that we feel it important to take a step back and carefully consider the type of game we want to release. We plan to continue working with the Aliens franchise and ask fans to be patient and stay tuned for more information about what SEGA has coming out for the Aliens series of games, starting with the upcoming Alien vs. Predator game. We are very excited about and focused on Alien vs. Predator, which promises gamers a fantastic single player game and an equally compelling multiplayer experience. We are confident that it provides all the excitement and fun that the Aliens and Predator fans are looking for!”

What Did We Know

In April 2010, Obsidian SEO Feargus Urquhart said “Oh, if you had come in and played any of the last builds we were working on, you would have said it was a finished game… That’s how close we were. It looked and felt like it was ready to ship.” He said that you would play as colonial marines and that missions would have involved tasks like protecting the robot sentry guns.

In February 2013, a new video with 13 minutes of new gameplay footage leaked online. Along with the video, Obsidian Developer Anthony Davis made some comments on RPG Codex about the gameplay mechanics:

In June 2018, there was an interview with Obsidian creative director Josh Sawyer who revealed why the game was cancelled. Early on in development, Obsidian had trouble getting the message across to the public that the Aliens franchise and RPGs were a good match and outside of the Mass Effect series, sci-fi RPGs were never a big thing. Obsidian wrote a pitch of the game to Sega and the original title was Aliens: Ohlmeyer (sp?). Originally, Josh Sawyer came on board as the lead designer and creative directors didn’t exist at the time at Obsidian. Sawyer eventually came aboard as the creative director at the tail end of development due to major internal problems between the various teams at Obsidian. For example, if the design team wanted something, but the animators thought it wasn’t worth while, there was nobody there to make the important decisions.

Sawyer goes on to say that despite what Feargus said earlier, the Aliens RPG was far from finished – there were major problems with area development and animation and ultimately, the levels were not being made at a fast enough pace. Sega eventually lost patience and pulled the plug on the game. Many people at Obsidian lost their jobs and the company was on the brink of financial collapse due to yet another game getting cancelled. The Aliens RPG gameplay footage that you can see below was not the last milestone they did – it was one or two milestones behind what they had finished and the game looked a lot better than it did in those videos. Unfortunately, it was all too little too late and Sawyer said that it didn’t come as a surprise when Sega cancelled it.

You can view more Concept Art in the gallery.

Here is the leaked gameplay footage from January 2010.

Here is the leaked gameplay footage from February 2013. According to a Obsidian developer, this may have been a test demo video that Obsidian sent to Sega. Most of the gameplay and mechanics were complete or near complete but the art and lighting were clearly not finished. According to creative director Josh Sawyer, the footage is one or two milestones behind what they accomplished and the game looked a lot better than what the video suggests.

Here’s an animation reel from Danny Garnett who was a character animation on the game.