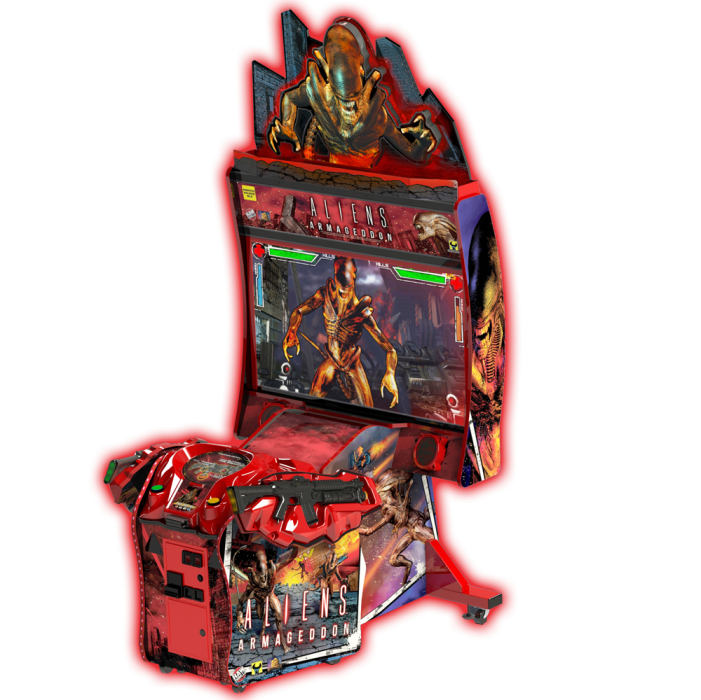 Aliens Armageddon is a 2014 arcade game that was first revealed at IAAPA 2013 in November 2013 and was released to arcades in 2014. Aliens Armageddon is a ‘on-the-rails’ shooter where you play as a Colonial Marine and features four different chapters. The arcade game was re-released in 2017 for Alien Covenant with new cabinet artwork and lighting but the game was still the same.

The story begins on the research vessel Capella that has been infested with Xenomorphs. One of the crew members activated the ship’s self-destruct mechanism just before he was killed. Wreckage from the ship falls onto Earth along with Xenomorphs. You have to fight your way to an escape ship and leave Earth behind.

The game features a variety of different Xenomorphs. The standards are there like Facehuggers, Chestbursters and Warriors but you also have to battle Weyland-Yutani engineered creatures like flying Xenomorphs and a flying Queen.

Marines in the game use a modern AR-15-style weapon rather than the classic Pulse Rifle as this is what’s mounted on the 55″ game cabinets. You can find smaller 42″ game cabinets though that do feature mounted guns that resemble pulse rifles. Through scripted events, you can pickup grenades and other special weapons.

Only you can save earth from the invading extraterrestrials in Raw Thrills’ latest shooter, Aliens Armageddon! Based on the popular Sci-Fi franchise, become a part of the action to help battle invading extraterrestrials after all of Earth’s major cities get wiped off the map. As U.F.O.s descend from the skies, it begins to look as if humanity is doomed. Fortunately, you are there to fight back to try to send the invaders back to the stars.

Aliens Armageddon is a fully-licensed Aliens product with four chapters of intense game play. Epic battles with enormous Xenomorphs will have player’s heart and guns pumping. Cutting-edge graphics and sound will make players feel like they are in the middle of all the action. Plus the force feedback guns with clip reload and alternate fire button add a depth of realism to the shooter.

This game is CoinUp enabled with online leaderboards that will drive players to come back over and over again. The lighted multi-layer Alien topper will draw in players from across the room. The impressive looking deluxe model comes standard with a massive 55” HD LCD display and a 42” mounted gun version is also available to fit any locations space limitations. Both cabinets have lighting synchronized with in-game actions to add another layer of excitement to this game. 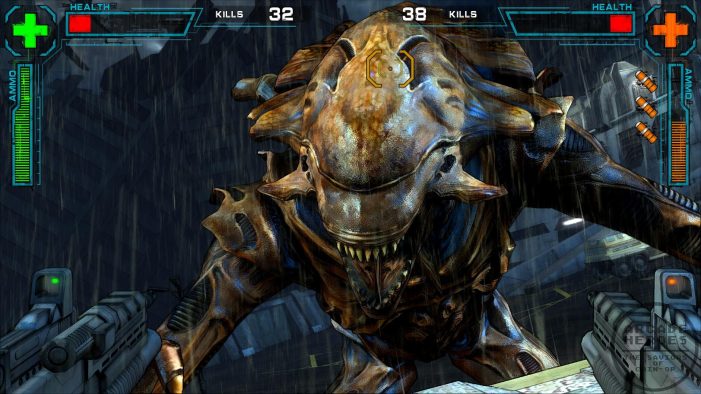 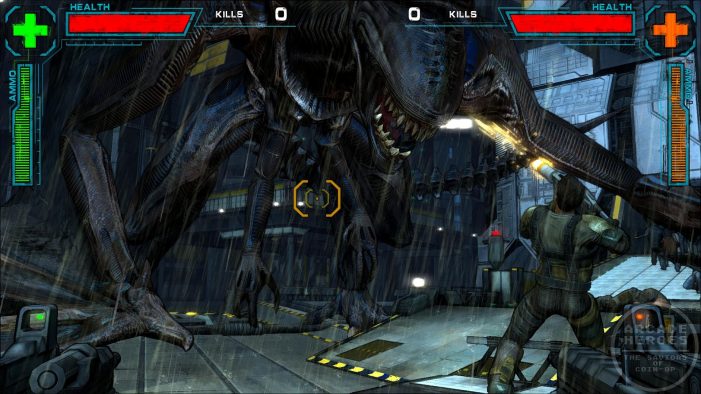 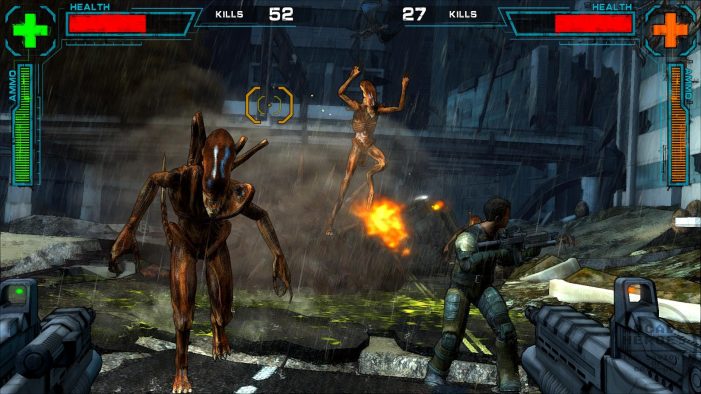 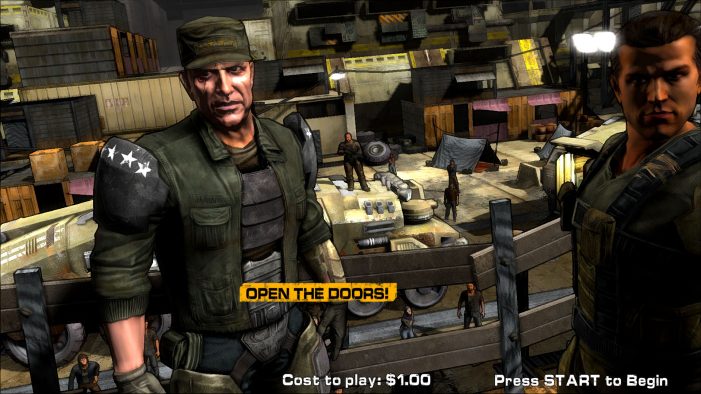 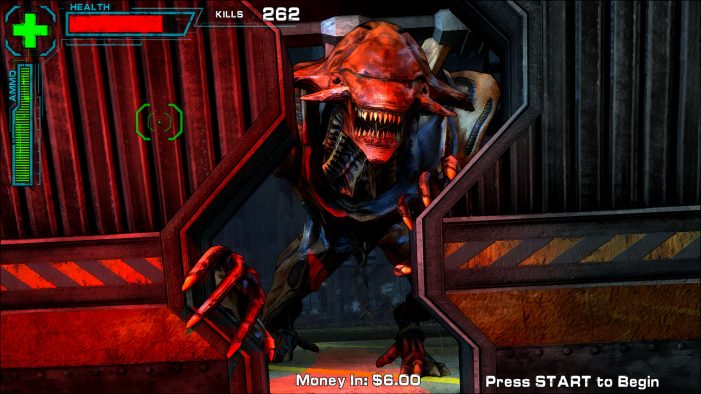 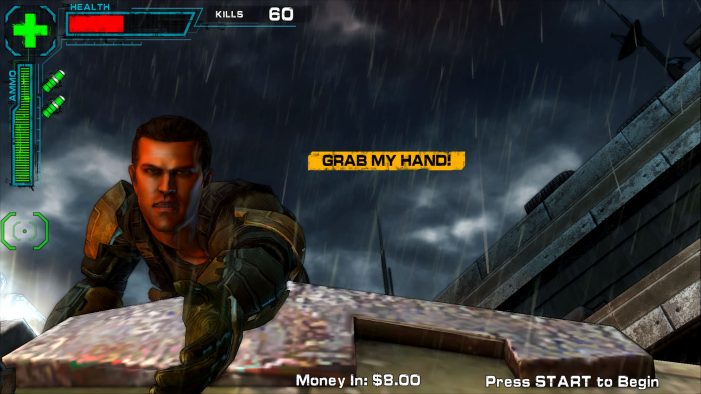 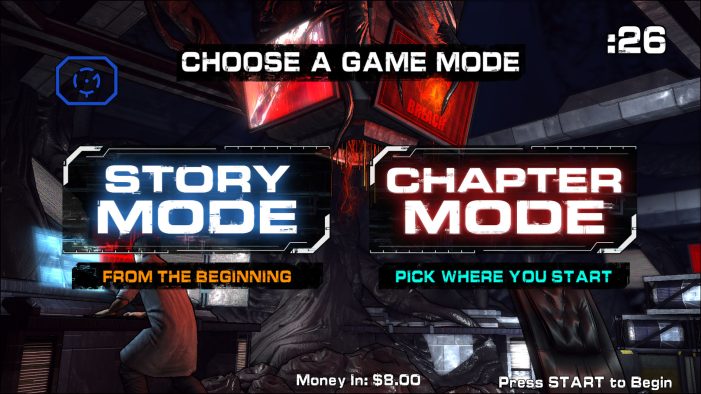 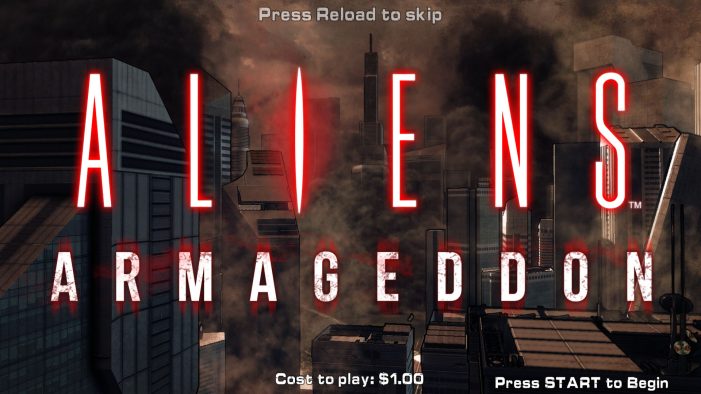 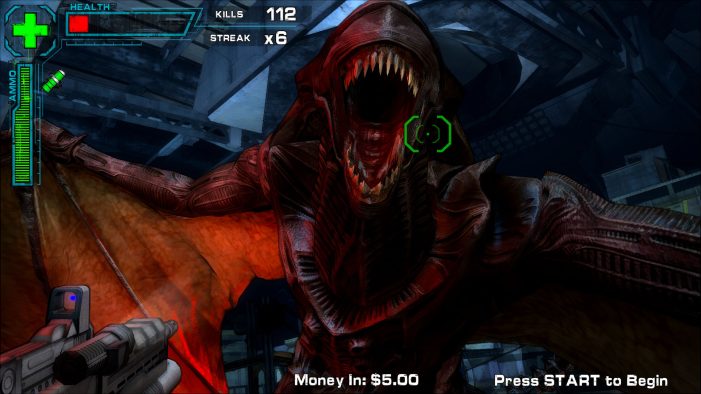 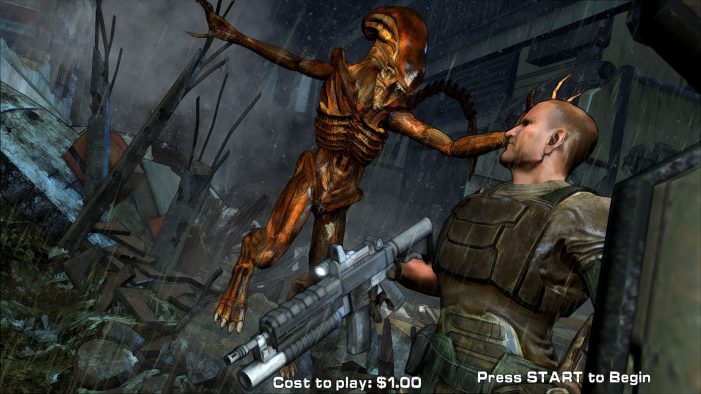 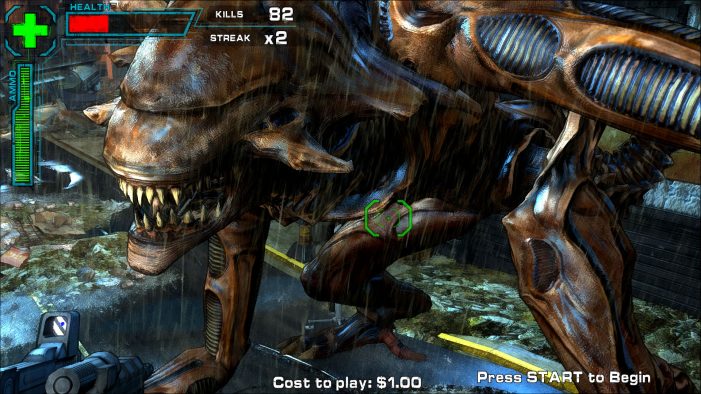 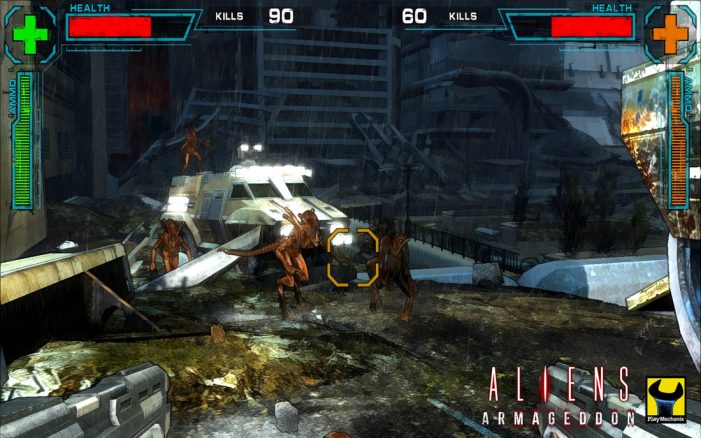 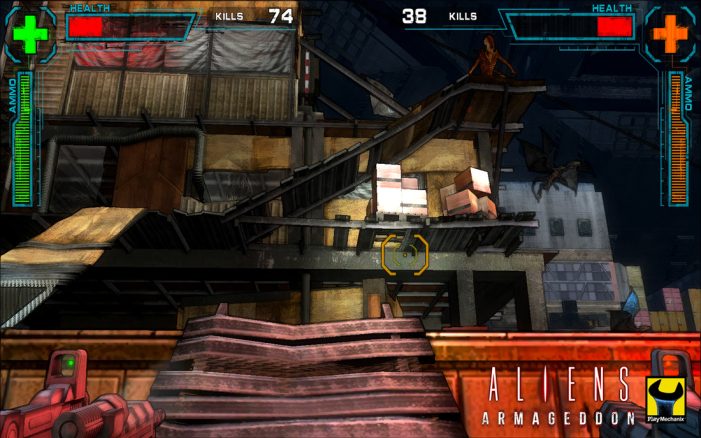 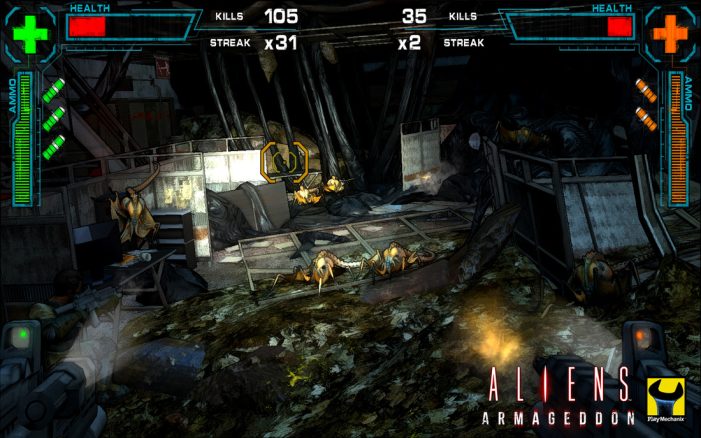 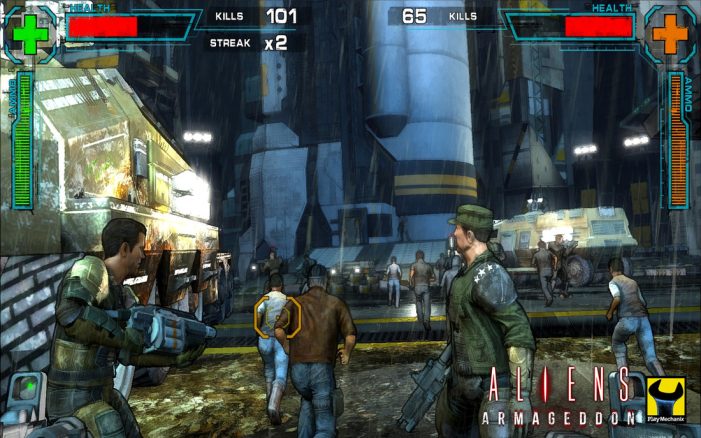 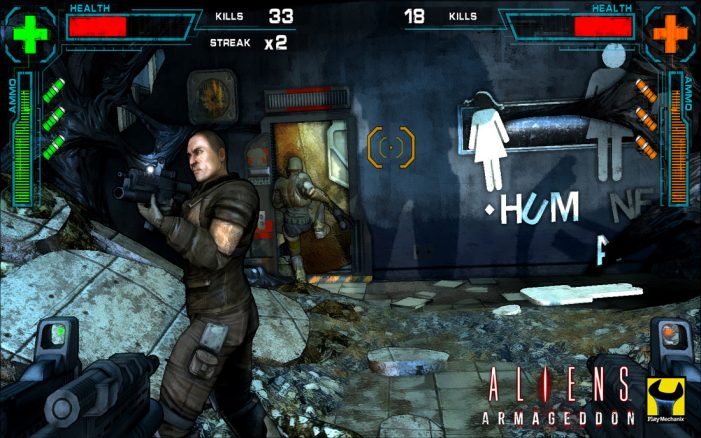 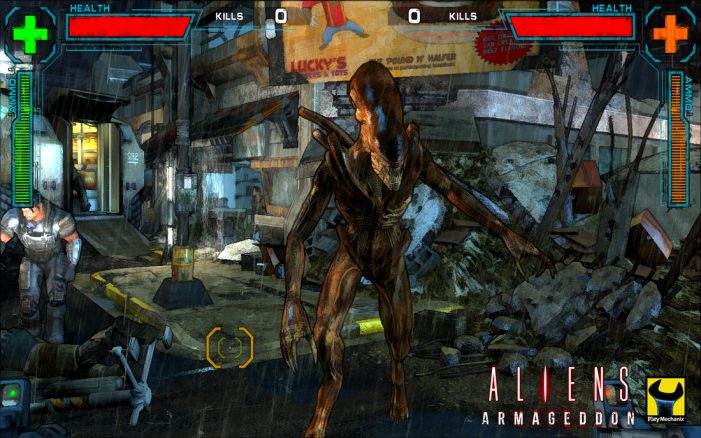 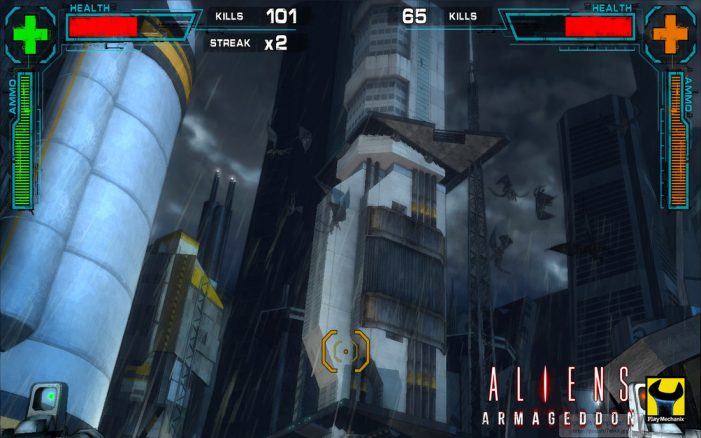 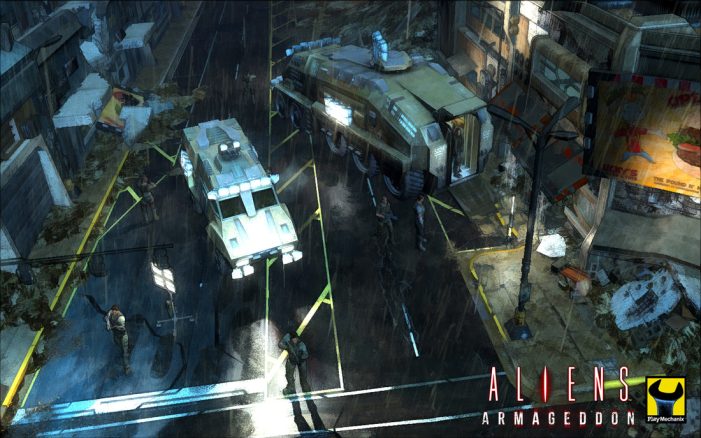 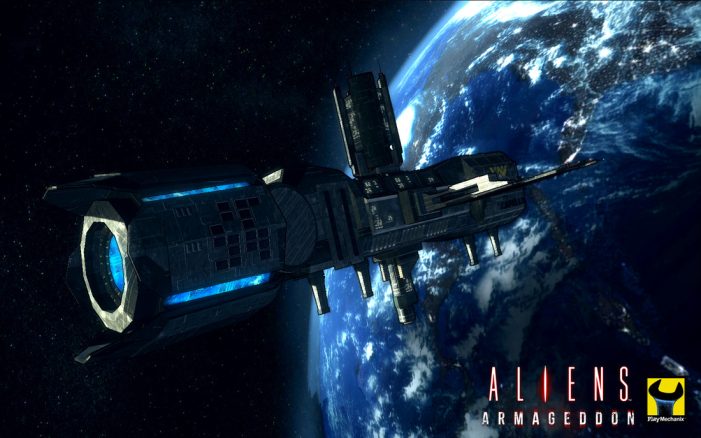 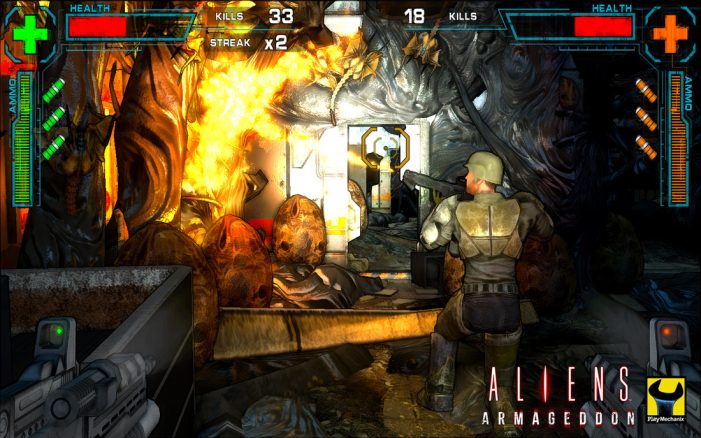 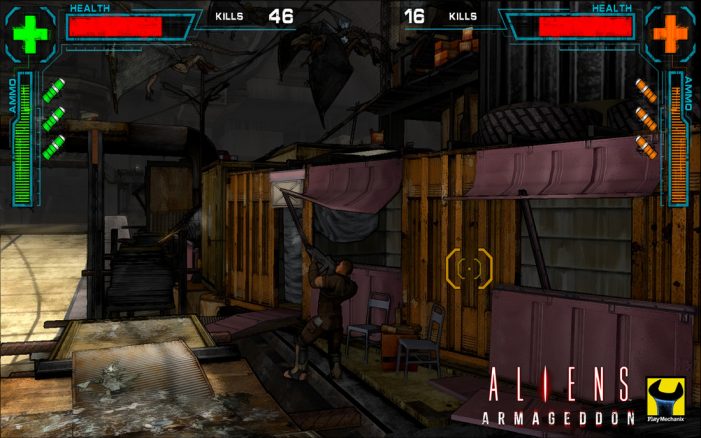 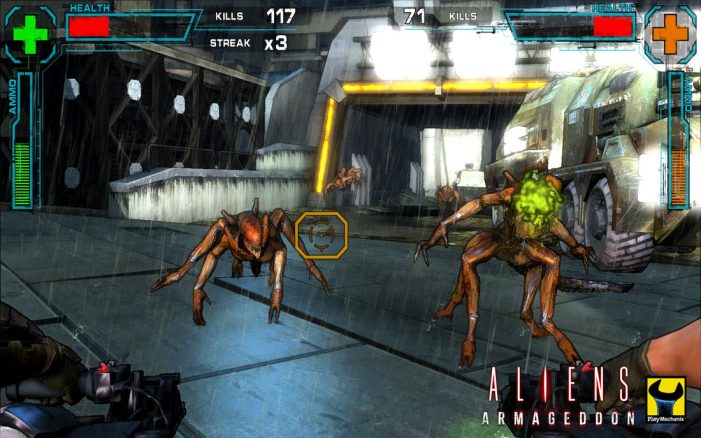 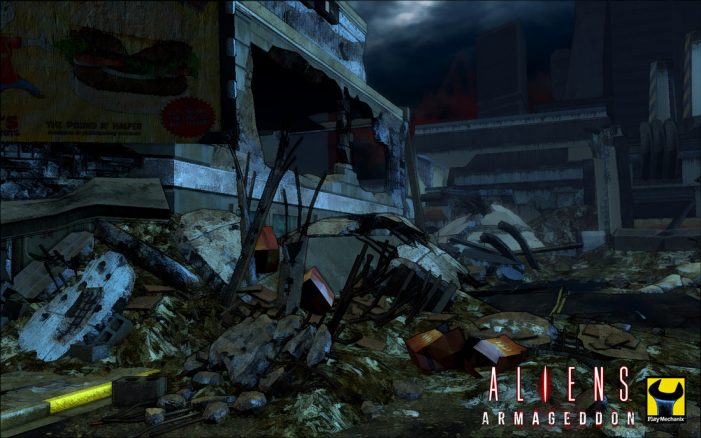 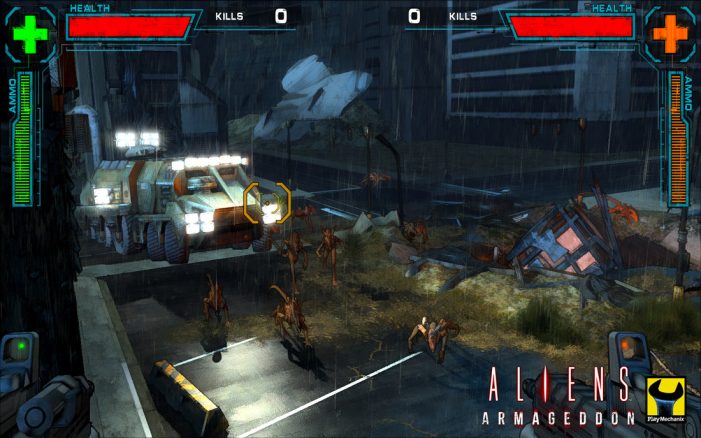 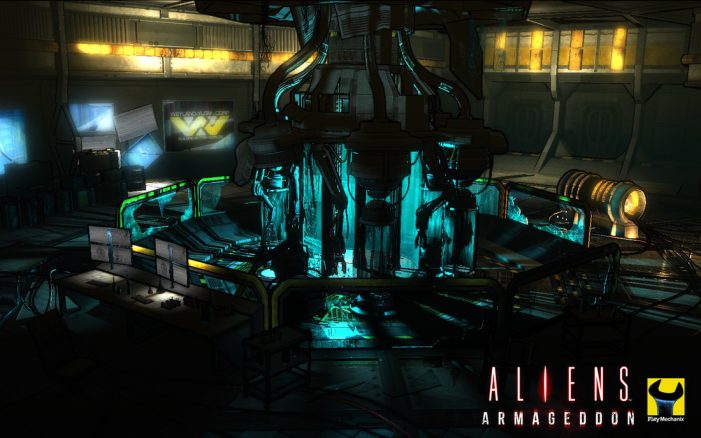 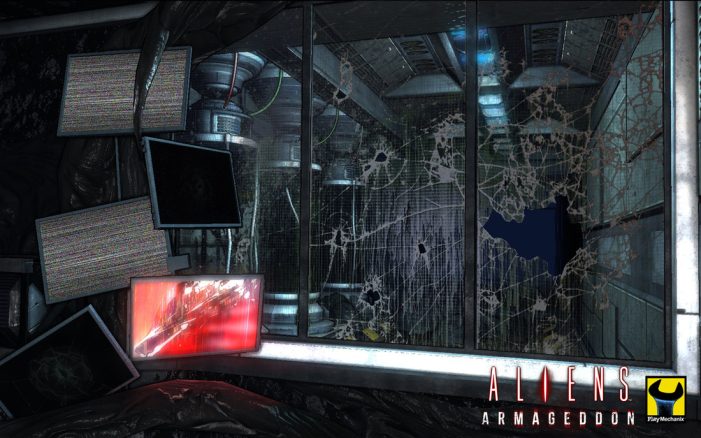 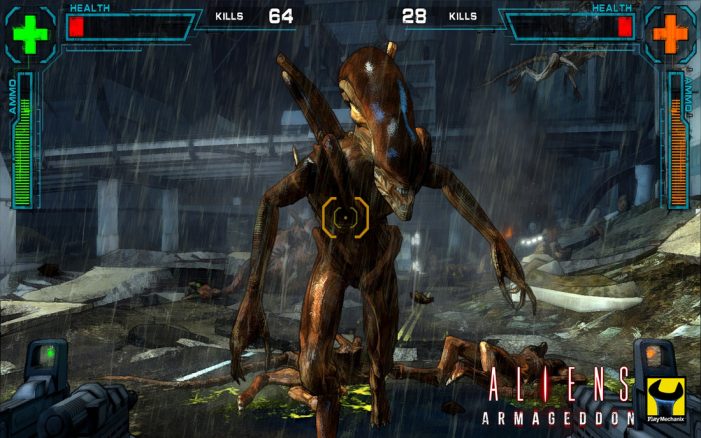 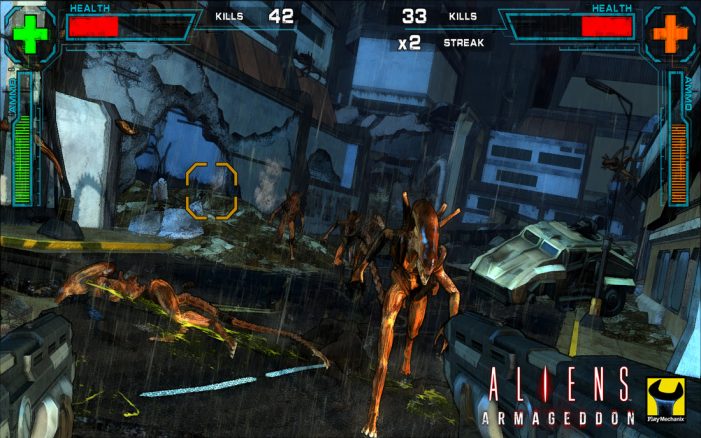