We were short of time when it came to the Q&A (technical difficulties spun it out for a while, so there wasn’t much time at the end, we were politely interrupted and told we’d have to hurry). The questions included discussions on how Creative Assembly plan on making an intense ten-twelve hour game that doesn’t become redundant in terms of scares and tension after the first few hours. We were assured that there would be lulls in tension and that the game features a cast of characters with their own motivations, selfish or otherwise. That way the game does not revolve exclusively on the Alien. The balance will be difficult, they admit, but they’re also confident that they can crack it. They are also hoping to forge a relationship between Amanda/the player and the Alien. Essentially, the player and the A.I. are in a situation where they will have to learn from the actions of the other. Online multiplayer games were cited for their degree of unpredictability when facing another opponent who is a living, thinking being at the end of an internet connection.

The issue of canonicity was also addressed, and Creative Assembly deftly explained that there are two modes of thought concerning canon: the one you’re told to abide to by official merchandising and other such materials and authorities, and one you create for yourself. Creative Assembly have no plan to ram Alien: Isolation into any official continuity. If the fans wish to do so, then all the better. If not, then their game will still hopefully exist as a viable entry in its own right. 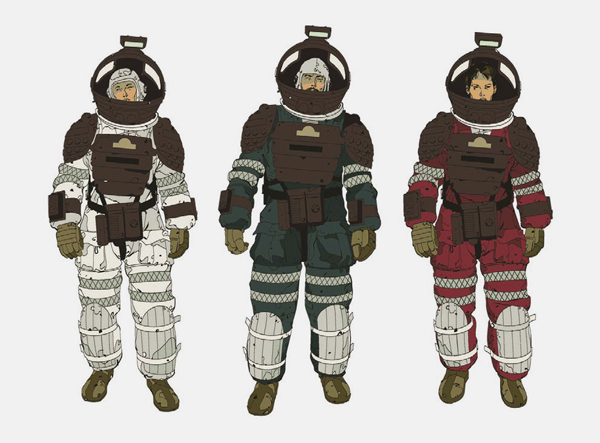 I did ask, and I remember the exact question because I rehearsed it in my head so I could enunciate clearly (thick accent here): “The original Alien had a great idea: that if you could hurt the creature then to do so would be to your detriment, due to the acid blood. I’ve never seen any of the games really capitalise on this. Can you talk about your approach to it?”

Garry Napper answered: “Spoilers! … we can’t really comment.” But he did add that the acid blood will play a part, but an undisclosed one for now (speculation: will we get to injure the Alien in environmental traps as a throwback to Alien’s unfilmed airlock scene?)

The presentation concluded and we all filed into the lobby where there were drinks and snacks. Earlier, when Jon McKellan was talking in the presentation, my partner had leaned over and asked me, “Is he Scottish?” So afterwards in the foyer we jumped and interrogated him on the matter. He was quite pleased to hear another Scottish accent and we spoke for a while before he introduced us to Garry Napper, who was likewise pleased that we were from Scotland (they were either Scotophiles or impressed by the miles we had crossed).

Garry asked if there was anything I wanted to ask about the game that I hadn’t the opportunity to ask during the Q&A. We had literally one minute until we had to dash for a cab and get our bus home or we’d be stranded in London. My brain was stupefied, but I remembered folk speculating about cocoons and egg-morphing since the game was riffing so directly from Alien. Garry did not specifically rule out cocoons (that I can recall) but we did talk about egg morphing not being in the original movie; there seemed to be a concern that its inclusion would only please a small core of fans whilst possibly estranging many other players unfamiliar with the deleted content. I actually agreed. I thought egg morphing would be muddying the waters at this stage (apologies to fans of the scene), and I had a general feeling that the game wouldn’t focus on the life-cycle at all (no facehuggers or chestbursters, we are told). 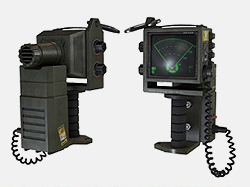 Before we dashed Garry did mention (unprompted) that they tried to give the Alien human legs, like the suit. Unfortunately it looked incredibly silly when it ran for you (he did a pretty funny impression). I told him that when it came down to it purism wouldn’t do their game any favours in this matter, since the Alien they had created moved so convincingly and Giger’s suit, the original filmmakers testified, looked quite ridiculous when overexposed in such a way. I have to say that when Creative Assembly’s creature appears in the game the last thing you want to do is scrutinise it. You hide. You only glimpse it. When it runs after you the player suddenly seems disorientated (the sound of its approach is difficult to pinpoint in these slices of panic). Its scream is terrifying, its footsteps, like I said, they pound the floor. It feels heavy and fast and deadly. Moaning about leg fidelity, to me, seemed like a non-issue after all that.

Talking to the developers afterwards was certainly the best part of the night, it’s a shame we were stumped for time. It turns out that Jon McKellan and I share a mutual friend; he formerly worked with a a dear old school pal of mine in a game studio a half-mile from my house. It was a funny coincidence. You hear that joke about everyone in Scotland or Ireland knowing one another? It was like that. Very odd and funny. We shook hands with the devs and left. We had a battle of dialects with a Cockney cabbie and made our overnight bus back home. On the way my fiance said, quite revealingly, “It’s going to be great, but I won’t play it. It looks too scary. I’ll watch from behind you instead.”