Another competition winner has paid a visit to the AvP movie set in Prague and has just sent me an email containing his set report. Fabien, from France, doesn't speak much English, so I've translated it for him. The report continues onto the next page including a photograph of him in Prague:

"My stay in Prague was over very quickly. I wasn't the only person there – there were 4 Australians, and 5 people from Spain, Belgium, Holland, and Germany with me on my trip. In fact, we did a report on the shooting of the film and we will surely see it on the bonus AvP DVD (when it will come out). The trip was fantastic...

Click read more for more info on his trip including a photograph of him…
Update 10-02-04: More photos have been added to Fabien’s report.

My stay in Prague was over very quickly. I wasn’t the only person there – there were 4 Australians, and 5 people from Spain, Belgium, Holland, and Germany with me on my trip. In fact, we did a report on the shooting of the film and we will surely see it on the AvP DVD (when it comes out). The trip was fantastic… 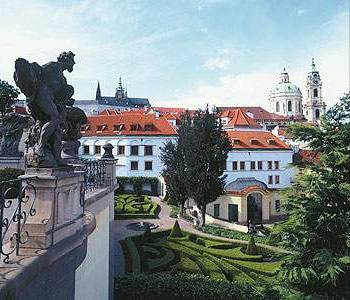 We left the hotel in the morning by bus and the marketing director of the film was expecting us inside. (I can’t remember his name but he controls what information is given out to the press). I then asked him some questions (Alison, my English interpreter, was there fortunately). I asked him to comment on the Predators and how they get the eggs from the Aliens… 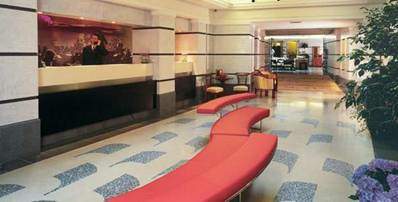 In fact, the pyramid is sort of a prison for Aliens with the Queen at the centre of it. He said that the Predators have technology to keep the Queen under control (only two accidents in 5000 years). I asked him if there will be a PredAlien, but no, all the Aliens come from human hosts (It’s written in the religion of the Predators that the Aliens should come out of human hosts).

The pyramid isn’t a ruin and is always in activity (since the millennia). The Predators have visited there in the past and it’s one of their holy places. The Predators have never abandoned their visit to our planet – they are much more discreet about it since the first incident in Mexico 5000 years ago. When we entered the studio, we were checked to see if we had mobile phones or cameras. Then Paul Anderson made an appearance (he was very busy and left quickly). The film is practically finished and we attended the shooting of the last battle scene…

Everybody was dead except an Alien, a Predator and Lex. Alexa teams up with the Predator survivor to escape the temple... When she types a code on the keyboard, she realises that it’s covered in dribble, it’s at this point when an Alien jumps on the Predator... The Predator seems to have part of its arsenal which has been intelligently made. There is a stick with the end of an Alien’s tail attached to make a lance and Alexa has the cranium of an Alien which she uses as a shield (her arm is threaded inside). Then, Saana is replaced by a Canadian who receives a hit from an Alien’s tale. She uses the Alien’s head as a shield… 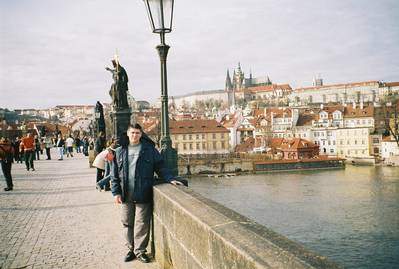 A Photo of Fabien in Prague

After the scene, we went on a tour of the pyramid. The ground was filled with pieces of Aliens, and the heads were very well made, hard and shiny on the top. At midday, we went to eat in the canteen and a surprise guest came to the table. It was Lance Henriksen in person, I couldn’t believe it!!! Sanaa Lathan on the other hand left after she had signed a photo for us.

Lance talked to me especially through my interpreter, Alison. The other winners didn’t have too many questions to ask him but I asked if it was Bishop or the Queen from Aliens who had put the egg on the vessel but he didn’t answer... He also confirmed that Bishop at the end of Alien 3 is an improved synthetic with red blood. The company was scared that Ripley would hurt herself in order to make sure the human race survived. Paul Anderson consulted with Lance a lot to write particular scenes in the film. He said to me that it will be the best Alien film that’s ever been made. I asked him if his character is going to die in this film and he answered “Yes”. Before I left, he signed a photograph for me.

After midday, we visited the rest of the port. The set was almost entirely burnt. Someone explained to us that the set had been destroyed for one scene where it was all blown up. They said I could keep the AvP cap which was worn by all the team (actors and technicians)..." 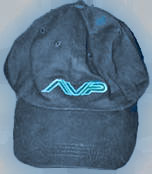 Update February 12, 2004: If you remember Fabien’s AvP Movie Set Report from Monday, he mentioned something about getting signed photographs from Sanaa Lathan and Lance Henriksen. As promised, Fabien’s scanned them in and has just sent me the two pictures he received from his trip to Prague. Click each picture for a higher resolution version.

A big thank you to Fabien for sharing these photographs with us.