There was a AvP Requiem preview event at the Jules Verne Festival in LA on Friday night. Directors Colin/Greg were there presenting two clips from the movie. One where Wolf arrives on Earth and the other in the hospital where the characters are attacked. It’s the clips that were shown to all the journalists who visited Hydraulx last week. 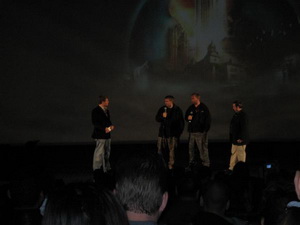