Aliens: Epilogue is an Alien fan film released on April 14, 2012 and it was produced, directed and written by Darren Kemp.

The events in Aliens: Epilogue take place between Aliens and Alien 3 and it appears Weyland-Yutani have been experimenting with some Alien Eggs at a bio-weapons facility. A rogue team infiltrates the facility and causes the Xenomorphs to escape. A team of Colonial Marines is dispatched to investigate the site. 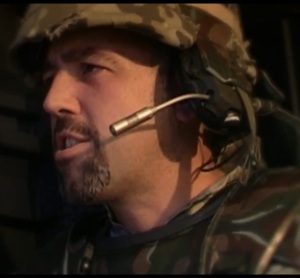 Aliens: Epilogue was first shown in the form of a rough cut on September 25, 2011 at the Alien Encounters Convention at the National Space Centre in Leicester, UK and was finally released to the public on April 14, 2012. It was directed and written by Darren Kemp and production took about four years.

Aliens: Epilogue takes place between James Cameron’s Aliens and David Fincher’s Alien 3. It begins on the Gateway Station and it’s revealed Weyland-Yutani planted Alien Eggs on the Sulaco and brought some eggs to a bio weapons facility to research. A rogue team of operatives infiltrate the facility to retrieve the creatures but inadvertently releases them. A squadron of Colonial Marines is dispatched to the facility via a dropship to investigate and they explore the research. Many of them are killed by the Xenomorphs so Weyland-Yutani sends in another team of their own and eventually orders the destruction of the facility. Aliens Epilogue ends with the Weyland-Yutani executives receiving a transmission from Fury 161 showing that Ripley is infected with a Chestburster embryo.

The story is a lot tighter than say S.E.E.D. but even at 27 minutes long, it could have been longer. It’s all pretty text book stuff. Weyland-Yutani is experimenting with Xenomorphs and something goes wrong. The rogue team wasn’t really explained and just merely seemed a way as to release the Xenomorphs from their containment. The fan film was filmed in three locations in England. Darren Kemp’s job as a fire alarm engineer allowed him to secure filming at the Space Centre in Leicester as well as locations in Portsmouth and Gosport. The dropship set was built from scratch and there’s some pretty nifty CGI work. The Gateway Station and all the Dropship stuff is CGI. There are some nice external shots showing the satellites outside the bio weapons facility which I assume are CGI too.

All the cast and crew are English and are made up of people from the United Kingdom Colonial Marines group – an Aliens costume group who generally go to conventions dressed as Marines and Xenomorphs. Director Darren Kemp plays Sgt. Kemp while we have cameo appearances from Trevor Steedman, who played Pvt. Wierzbowski in Aliens, and Terry English, who created the marines’ armour in Aliens. They both play Weyland-Yutani executives. There’s also an appearance from Harry Harris as a marine, who is famous for having a vast collection of props from Aliens. First and foremost, none of the cast (apart from Steedman) have any kind of acting experience so the acting is very hit and miss. The dialogue isn’t great and it doesn’t help that Aliens: Epilogue is shot with low-grade cameras so it all comes across as very amateurish. 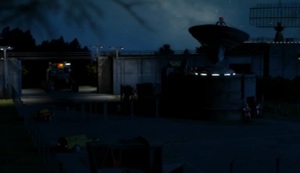 On the positive side, the Colonial Marines have very authentic armour and weapons that match what we saw in James Cameron’s Aliens. Aliens: Epilogue plays mostly like a tribute to the Colonial Marines and the Xenomorphs take a back seat. There are about five Xenomorphs in the fan film and are played by members of the UK Colonial Marines group. I remember remarking at the time that the Aliens hardly appear in the film. There are some nice moments here and there but they’re few and far between. I didn’t think the alien costumes were all that great either – particularly the teeth. Certainly nowhere near the quality of the costumes we saw in S.E.E.D..

Overall, the story is slightly better here as is the editing but suffers from poor acting and poor cameras. Aliens: Epilogue is one of the few fan films to be completely centred on the Colonial Marines and it was fun hearing the banter in Aliens but was tedious listening to the hammy dialogue here. The one thing that S.E.E.D. does excel in is the creature costumes. When I’m watching a fan film, it’s the creatures I want to see and there just wasn’t enough of it in Aliens: Epilogue.