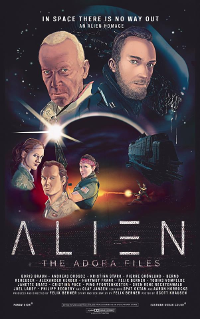 What happened on the USS ADORA?

Alien: The Adora Files takes place between Alien: Isolation and Aliens and features some characters from game and some from the movies – for example also the father of someone you already know. I am really proud of our Working Joes because in the universe my movie takes place in we have a company that is called Tyran Industries which is rival/competitor of Weyland-Yutani.

Tyran is the leading company of an alliance called The Union which also includes Seegson as a partner, so Seegson and Tyran are working close together to defeat Weyland-Yutani. The ship on which all hell is breaking lose is called the U.S.S. Adora — a Union space ship that belongs to Tyran Industries — where the crew is fighting/losing against some aliens — but where the aliens are from is a secret right now.