With Marvel’s third Alien storyline set to conclude at the start of February with the 6th issue of Alien: Icarus, the April 2023 solicitations have now revealed that Marvel are relaunching the Alien series with a brand new creative team! Writer Declan Shalvey will be taking over from Phillip Kennedy Johnson who has written all three of Marvel’s previous Alien arcs, and Andrea Broccardo will be taking on artistic duties.

Scientist Batya Zahn will do just about anything to get her family off the icy moon where they’ve been conducting research on water conservation. But there’s more than glacial springs to find in this forgotten corner of the galaxy. When they discover an extraordinary organism buried in the ice, it won’t take long for tensions to heat up. What is hidden in the snow comes forth in the thaw…and no one will be welcoming this spring. A new era of Alien starts here! 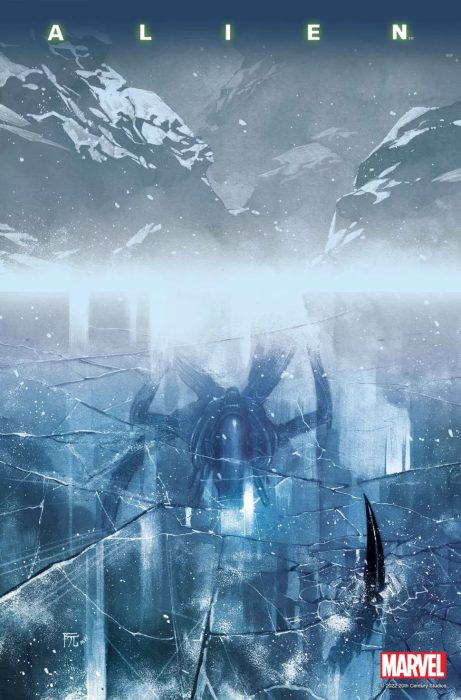 While he’s now writing for Marvel, Declan Shalvey has worked with Marvel previously as an illustrator having worked on Thunderbolts, Deadpool and Moonknight. He’s also no stranger to horror comics, having illustrated 28 Day Laters for BOOM! studios. Declan’s previous writing credits are for Savage Town and Bog Bodies, two crime comics published by Image.

Andrea Broccardo has also worked with Marvel before, providing the illustrative talents for several of Marvel’s Star Wars projects including their main Star Wars series, as well as Age of Rebellion, Doctor Aphra and Poe Dameron.

Marvel’s third Alien series, Alien: Icarus, is set to finish its run on the 8th of February. The first issue of this new Alien series will debut on Alien Day, April 26th 2023. Thanks to Chieftain Suom and TilotnyWorshiper28 for the heads up!

Make sure your browsers are locked into Alien vs. Predator Galaxy for the latest Alien and Predator comic news! You can also follow us on Facebook, Twitter, Instagram and YouTube to get the latest on your social media walls. Be sure to join in with fellow Alien and Predator fans on our forums as well!