The Alien is no stranger to game crossovers! We’ve seen the acid-blooded extra-terrestrial make its way into Fortnite and Mortal Kombat. Now it’ll be making an appearance in the free-to-play “party royale” game Fall Guys! While the collaboration was leaked last month, this marks the official announcement that you can don a Xenomorph outfit to compete in the party royale.

New season, new appropriately-themed Season Pass! Your Blunderdome efforts will propel you through 100+ levels of Costume, Emote and Celebration unlocks—plus more! This includes some incredible costumes including Spock, Xenomorph and Hatsune Miku! 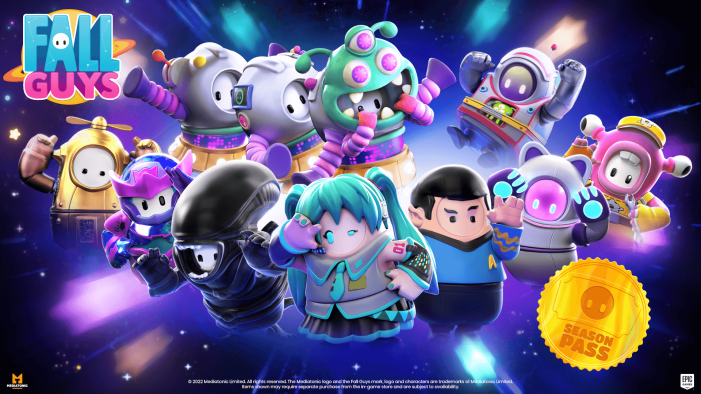 The official announcement only references the Xenomorph outfit (unlockable at level 13) which we see in the image above, but the leaks also indicated the new season would also include a title card (unlockable at level 8), an Ellen Ripley (in her Nostromo uniform) and a facehugger hat both of which seem to be purchasable from the in-game store rather than unlockable via the season pass.

Fall Guys itself is free-to-play, but the Season Pass which includes the Alien themed outfit costs costs around $7.99 of in-game currency.  Season 2/Satellite Scramble will go live on the 15th of September. For those who don’t know what Fall Guys is, the Epic Store describes the game as:

Fall Guys is a free, cross-platform, massively multiplayer, party royale game where you and your fellow contestants compete through escalating rounds of absurd obstacle course chaos until one lucky victor remains!

Related News Posts
Aliens Coming to “The Movies That Made...
Carrie Henn Joins In Search of Tomorrow, New...
4/26 – Alien Day Celebrations!
AvP Galaxy Tours the ‘Icons of...
I Got Signals! I Got Readings, In Front and...