Ahead of the crowdfunding campaign beginning on Tuesday the 6th of September for the brand-new Aliens Expanded, a documentary that not only dives into the film itself, but also the cultural and fandom impact of James Cameron’s cinematic landmark, the team behind the exciting new documentary has now unveiled their poster via Alien Theory’s channel. Check it out below! 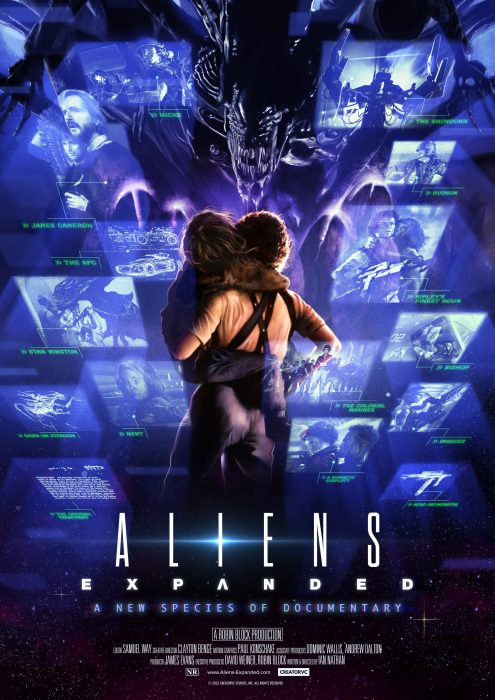 The team behind Aliens Expanded, CreatorVC, was responsible for the fan-favourite documentaries In Search of Tomorrow and In Search of Darkness that focused on the science-fiction and horror of the 1980s. For Aliens Expanded, CreatorVC set their sets solely on Aliens in order to explore the film and its impact in more specific detail than their previous documentaries.

Aliens Expanded will be under the guiding hand of writer/director Ian Nathan, former editor and executive editor of the Empire magazine, but also as the author of Alien Vault and Ridley Scott: A Retrospective, and the upcoming James Cameron: A Retrospective.