In 2020, we learned that long-time Alien series producers Walter Hill and David Giler wrote a recent treatment for a potential Alien 5 which they had sent to Sigourney Weaver. While Sigourney had seemed unsure about the prospect of returning to the character, or that Sir Ridley Scott would be either, in a new interview with The Hollywood Reporter (via Joblo) Walter Hill states that Disney has no interest in exploring the character of Ripley any further.

“We took a shot at that a couple of years back with Sigourney. But that was back when Aliens was still at Fox. The people at Disney, who now control Aliens, have expressed no interest in going down that road. I had an idea for a good story with the Ripley character and Sigourney.” 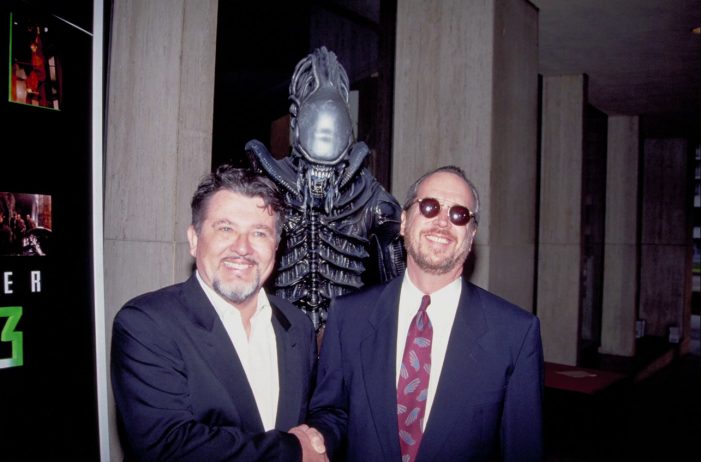 We actually know very little of what Walter Hill and David Giler’s treatment was about, with only the title page of the treatment having been shared by the writer-producers. The title page featured 2 quotes: One from Edgar Allan Poe regarding dreams, and another from William Tecumseh Sherman that simply states “war is hell.” Dreams are also mentioned at the top of the title page, with a play on the famous Alien tagline, that “in space no one can you dream.” 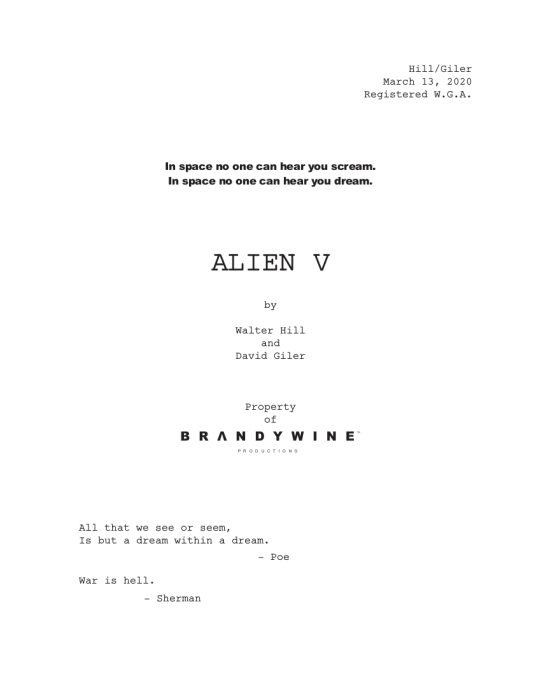 With this prevalence of dreams being mentioned, is it possible that we would have seen them used a major tool in the treatment? The news that Disney is not interested in continuing the storyline of Ellen Ripley may come as a relief to those fans who think the franchise has become over-reliant on that name.

And while Disney may not want to see Ripley return, the Alien itself is making a return in Fede Alvarez’s upcoming Alien film, which is currently in development. Thanks to Nukiemorph for the link.

Keep your browsers locked on Alien vs. Predator Galaxy for the latest Alien news! You can follow us on Facebook, Twitter, Instagram and YouTube to get the latest on your social media walls. You can also join in with fellow Alien and Predator fans on our forums!

Related News Posts
“All That We See Or Seem Is But A...
Walter Hill Sent Sigourney Weaver a 50-Page...
Colossal Director Nacho Vigalondo Interested...
The Disney and 20th Century Fox Merger...
Alien 5 is the “Most Satisfying”...