The Pathogen hive is here, and the swarm is angry. Get your Fireteam and get ready for more gear, more enemies, and more action. Delve deep into a new campaign that will pit you against the first boss fight of Aliens: Fireteam Elite – The Pathogen Queen. 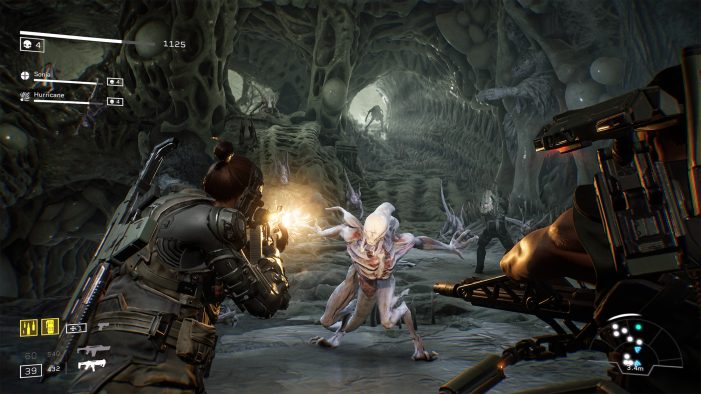 For those who haven’t purchased Pathogen, there is a still an update to the game featuring a new game mode called Hardcore, 4 new weapons to purchase from the armoury along with assorted attachments and shaders, as well as additional bug fixes.

For the toughest Marines looking for a true challenge, Hardcore Mode poses the riskiest gameplay yet. In Hardcore Mode, players will be able to start with new characters and play at a difficulty of their choice, but be warned, in this mode death means it’s “Game Over”. However, as you progress through Hardcore Mode, all unlockable items are made available in Park’s Armory, after your character faces permadeath.