The wonderful post-release sharing of concept art continues! Prey concept artist Kyle Brown – who has previously worked with studioADI on The Predator – has shared a series of concept art of various helmet designs for the Feral Predator, including a golden variation inspired by Kenner’s Predator figures and Mayan/Aztec elements and designs intended to be a precursor to Jungle Hunter’s mask. 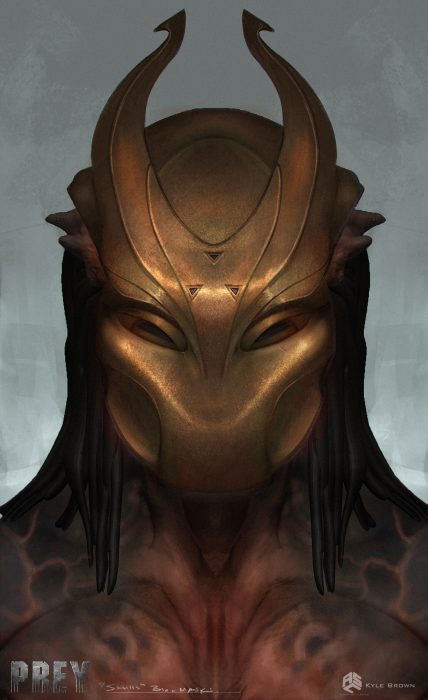 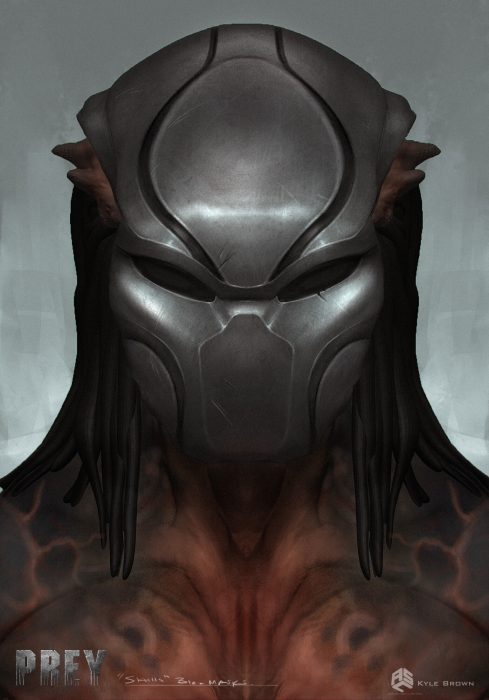 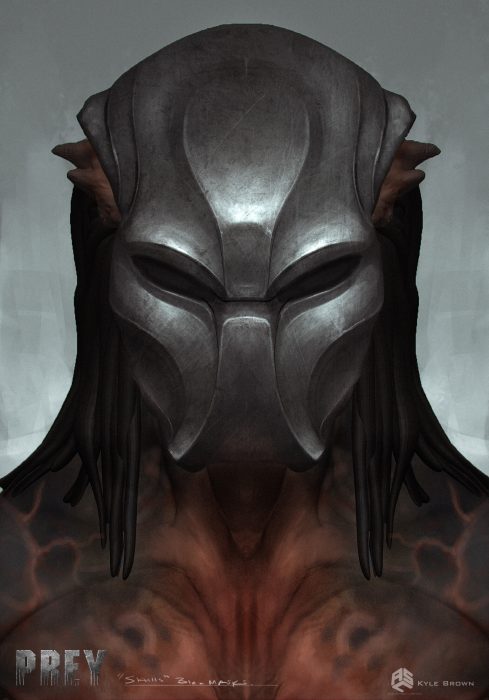 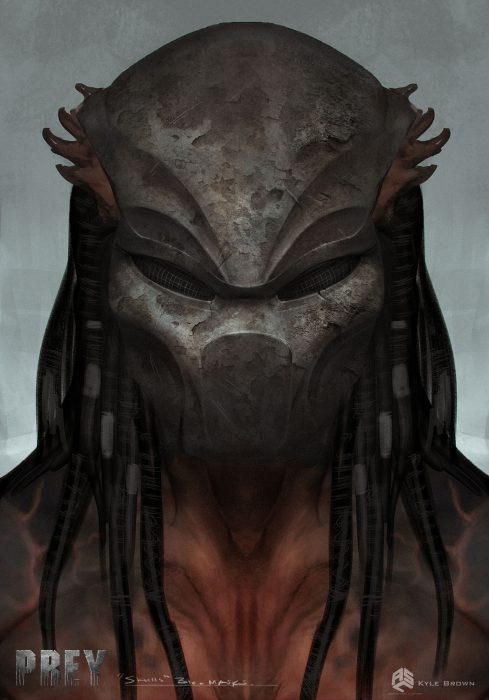 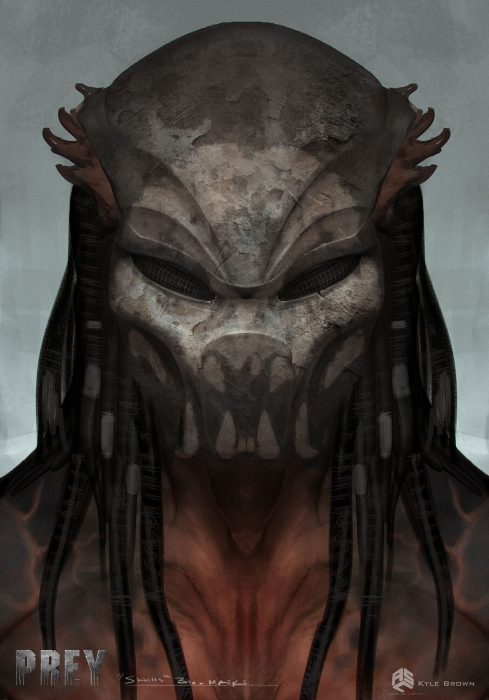 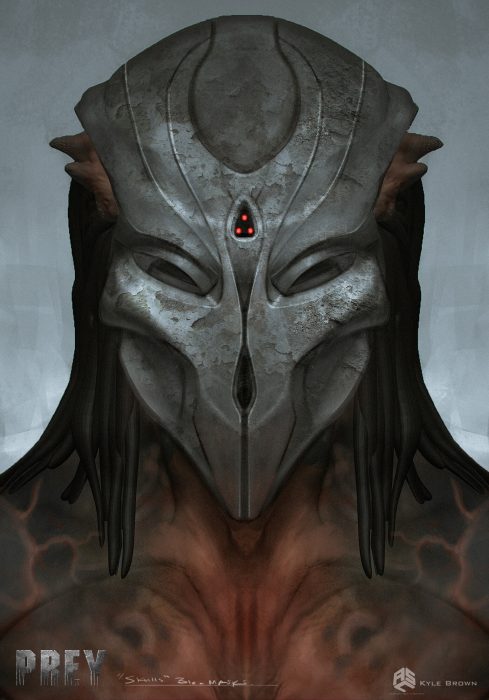 Kyle also shared a series of artwork that explored the Feral Predator’s overall look and anatomy .

This one had feathers and animal hides strapped to its minimal armor that was more minimal to begin with and had some design language that would evoke some of the shapes utilized in the Inuit culture. Showing maybe there is some back and fourth influence between the species. 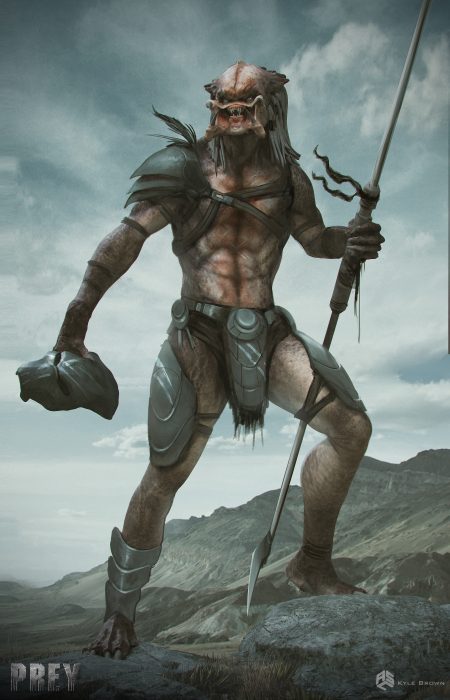 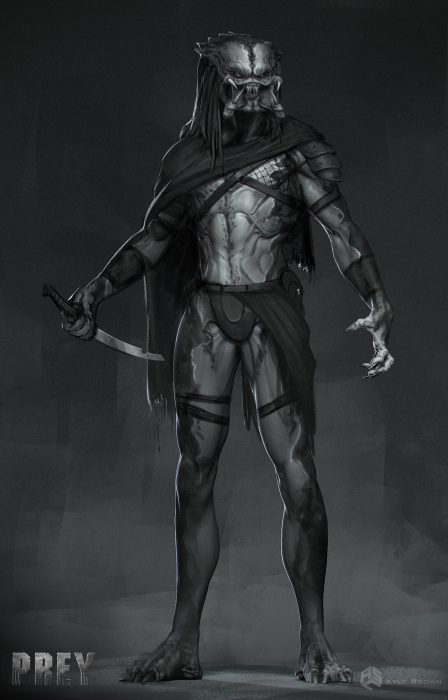 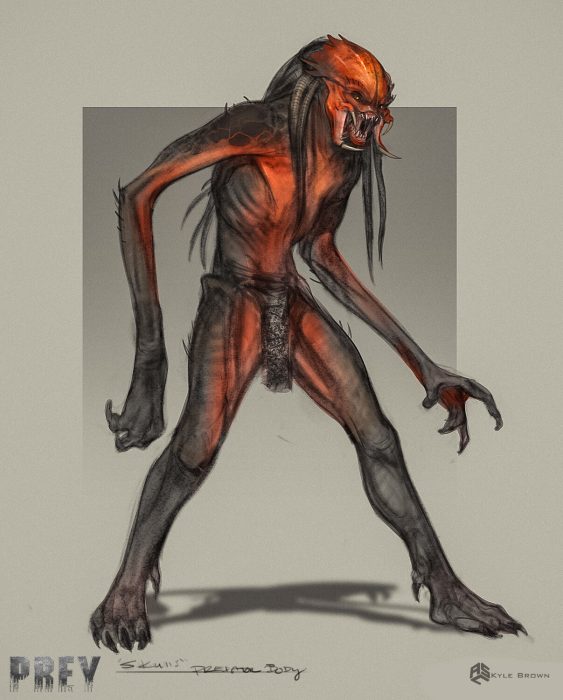 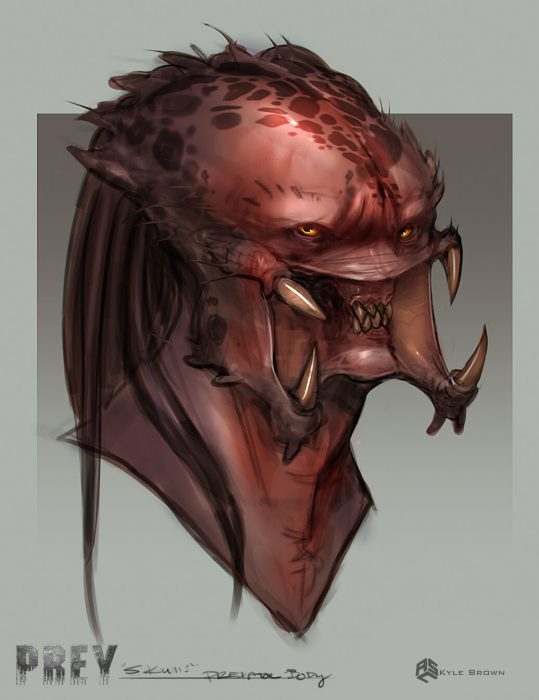 I really enjoyed doing this design for #prey. I was able to try some new workflows on it and it took feedback from @dannytrs – changing proportions, elongating, decreasing size of the skull and back of the head crest. Tweaked the chest anatomy to increase the creature aspect of this hunter. Ultimately still too close to the original predator anatomy.

Tried to incorporate elements that felt like precursors to the armor and weapons we saw in movies past. I liked the idea of one long wrist blade like the super preds from Predators. The armor looks more like hammered metal. There are feathers incorporated into his dreads and armor.

The mask is based on other designs that elongated the shape making it more bird like, other designers kept that going for what ultimately became the bone helmet Michael Vincent and the amazing team at The Studio ADI created. 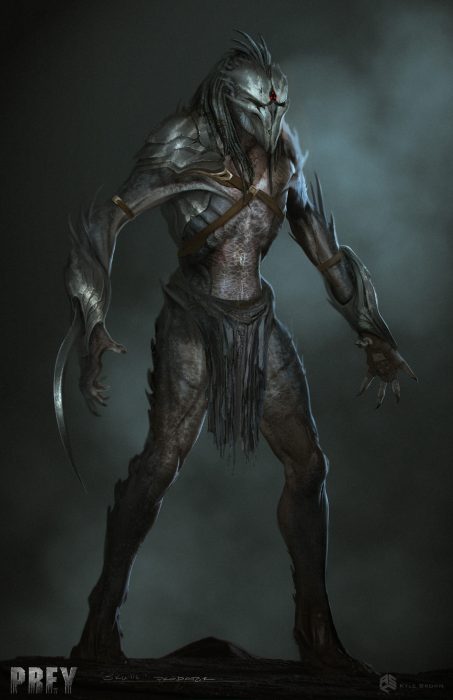 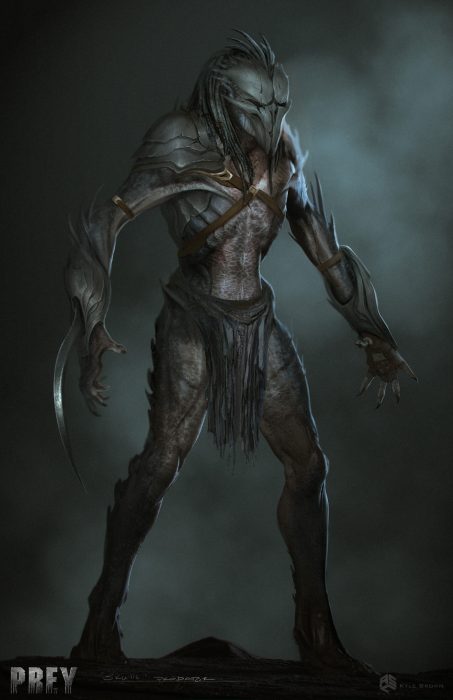 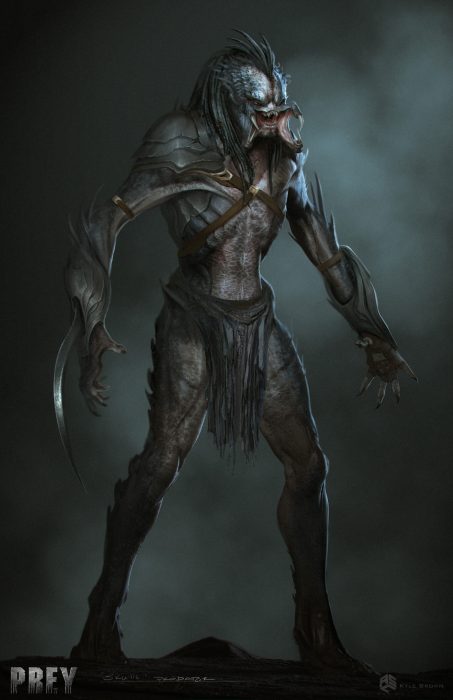 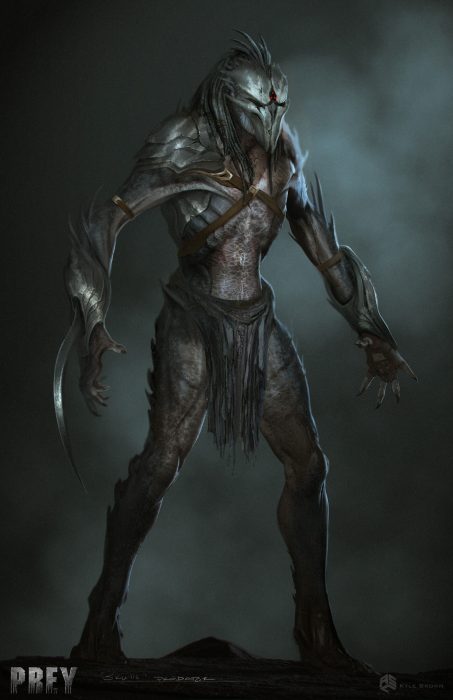 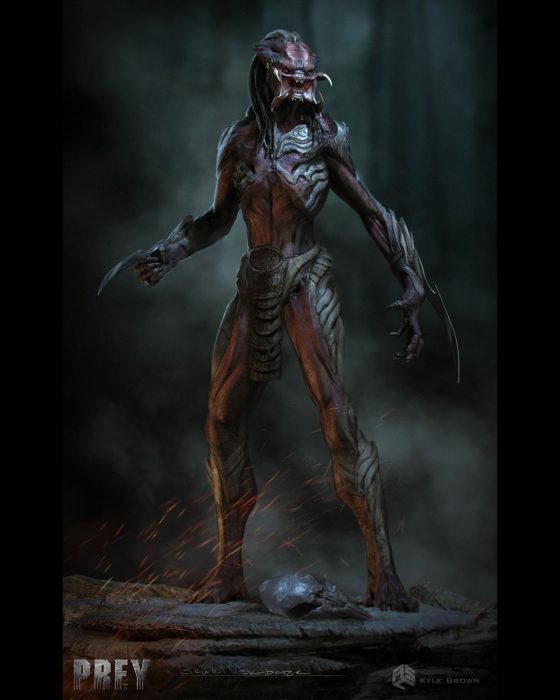 Be sure to check out Kyle Brown over at his ArtStation, Instagram and Twitter! Fellow concept artist Farzad Varahramyan also shared a lot impressive Prey concept art which we posted yesterday. If you haven’t already seen them, be sure to check them out here!