From the moment we saw that early 1700s date being confirmed, it would be safe to say many fans came to the same expectation – that Prey would feature Raphael Adolini’s infamous flintlock pistol first introduced at the end of Predator 2. And we weren’t wrong! Talking to Insider.com, Prey director Dan Trachtenberg has dished some details on bringing that pistol back.

Much like the rest of us, once Dan Trachtenberg honed in on the 1700s date for Comanche, it just made sense to him to include the flintlock!

“What came first was the idea of doing a movie with Native American protagonists and Comanche in particular. And then the ‘Predator 2’ light bulb went off and I was like, that’s the date, that’s where we should go,” he continued. “The pistol might have even been in my initial pitch to the studio.” 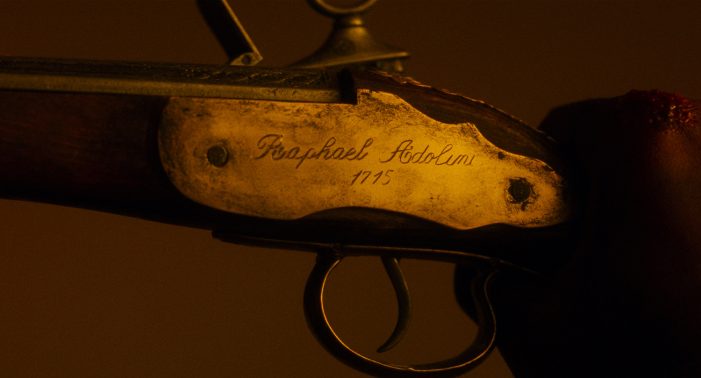 Fans of the expanded universe should already know that Dark Horse gave us some backstory for how that pistol ended up in the hands of the Greyback Predator at the end of Predator 2 (if you’re not aware, we previously wrote a lore piece on this). The weapon was even the subject of other pitches such as one from the legendary Peter Briggs. But Predator: 1718 wasn’t something Dan was aware of while developing Prey.

“It was only working on the movie that I learned about it. I was expecting when we got the go-ahead that we would get the ‘Predator’ bible. ‘Here’s all the info you need: the words we use, all the weapons that have been used.’ That doesn’t really exist at the studio. There’s been no continuity.” 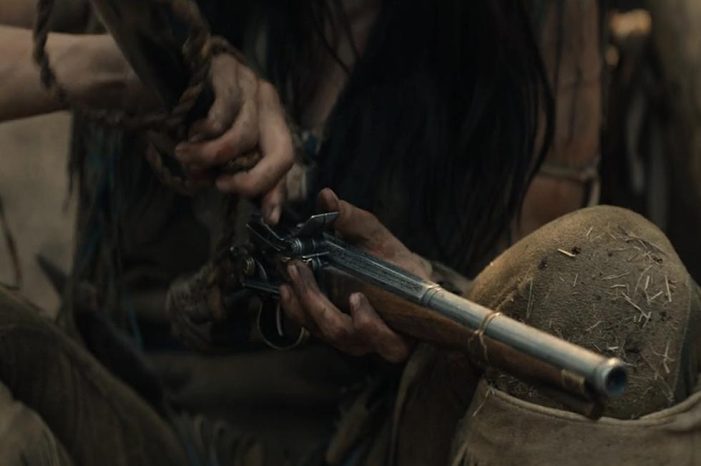 Not only was Dan not provided a Predator bible, but production also didn’t know where the original flintlock prop was now located and it was up to props master James Rosenthal to reconstruct it. Instead, they turned to a fan from YouTube who owned a replica.

“He ended up on YouTube and was watching a fan vlogger who makes replica weapons. On the shelf behind him in the shot was the ‘Predator 2’ gun. So he reached out to that vlogger and said, ‘I need that. That looks better than anything I could make.’ So the pistol in the movie is from the shelf of this dude.”

The fan in question is actually Neny Dee who has a channel full of videos of his Predator collection. But the more important video is this one of him showing off the replica prop that ended up in Prey! Check it out below!