The Hollywood Reporter recently spoke to director Dan Trachtenberg and producer Jhane Myers. Most notably they talk about the unique art style of the closing credits and specifically the closing moments of the credits which show three Predator ships coming into view with Naru and Sarii staring up at them. Trachtenberg doesn’t give too much away though about what future Predator sequels might involve.

Jhane Myers: We know this movie takes place 300 years ago, so it’s not rock art and we didn’t have paper yet to do the ledger art that you see today. So we did hide art. We had top award-winning Native American fine artists that helped create this, and they worked with Filmograph to create that end-credit sequence, which was amazing to work on.

Dan Trachtenberg: The nerd in me looked that far ahead, as far as he could look, before we started writing this movie, but the adult in me said, “Don’t count your chickens and just be careful. Try and make the best movie possible, straight away.” End-credit sequence aside, there is something refreshing about seeing a movie that is not really intended to be just a part one to something else. There’s something nice about seeing a complete thought. On the complete other hand, I love that what would’ve been a post-credit scene in other movies, is an animated end-title sequence in our movie. Our end titles are still storytelling.

The article contains two new behind-the-scenes stills, one with Dakota Beavers, Dan Trachtenberg and Amber Midthunder and another with Midthunder and Jhane Myers. There’s a new production still too of the Feral Predator. 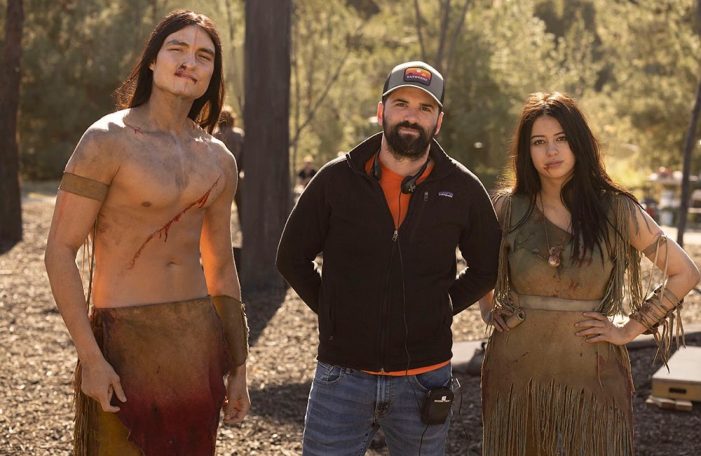 Trachtenberg also discusses how the title Prey came about and his choice not to have Predator in the title. Prey was in his initial pitch and as Fox were making The Predator, he wanted to differentiate it from what might be a new trilogy of Predator films. The director did suggest other titles but everybody ultimately preferred Prey.

Producer Jhane Myers talks more about the Comanche dub and the people who helped make it as authentic as possible. There’s an interesting question in the interview about the orange totsiyaa (flower) that Naru uses to lower her body temperature and conceal herself from the Predator.

Myers: The Comanche have healing properties, and we do use medicinal flowers and other things that we can gather. But we just kind of enhanced some things. Totsiyaa really means flower. (Laughs.)

Trachtenberg: The interest there was not wanting to do mud again [like Predator], but still having the same result. It’s also something that Naru rejected at the beginning of the movie. It’s been instilled in her from her mother, but she’s turned away from it because she feels like she wants something else. But then she realizes at the end of the movie, “Oh, that thing that I was saying no to was actually the thing that I need to embrace.” And once again, it embraces the Comanche gift for being adaptable. 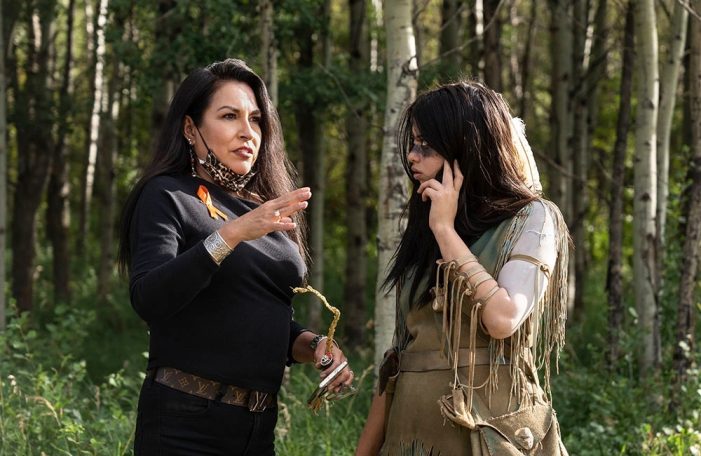 Finally, Trachtenberg talks about Amber Midthunder’s audition process and the scenes she acted out. She did a moving scene with her mother before another version of the scene in silence. Midthunder and Dakota Beavers did a scene in Comanche and there was a physical scene where an obstacle course was set up.