A pair of brand new Prey posters have been released on the official Prey social media channels. The posters are in the style of tribal cave paintings/pictographs and show a warrior leaping onto a humanoid figure – the Predator. It’s very fitting, I think, for the film. The second poster features the word “Ku̵htaamia” instead of “Prey” which is a Comanche word representing a hero’s rite of passage. 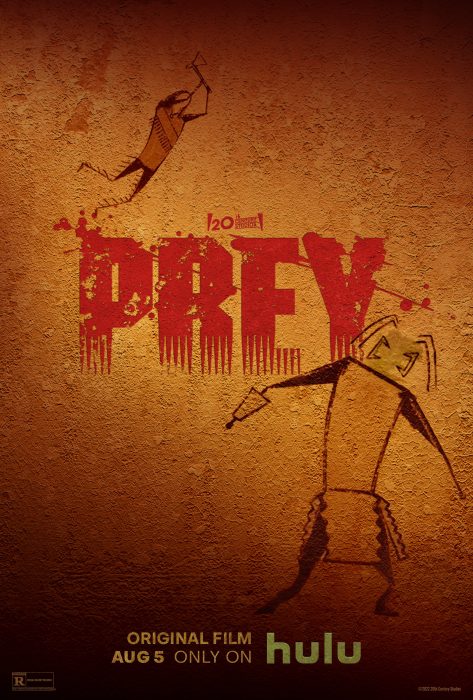 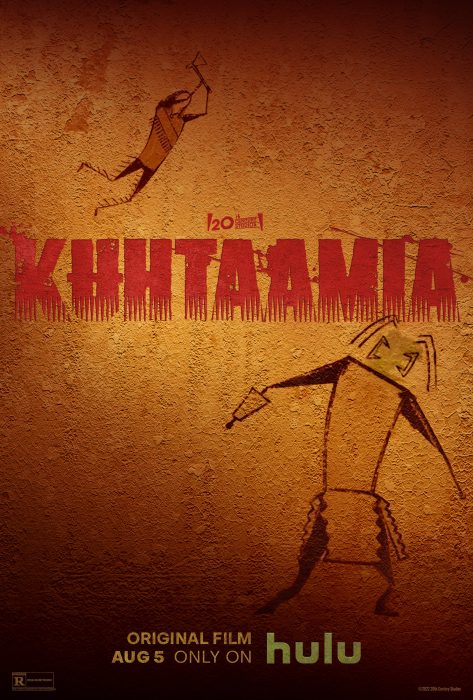 Prey will stream August 5, 2022, as a Hulu Original in the U.S., Star+ in Latin America, and Disney+ in all other territories. Be sure to keep your targets set on Alien vs. Predator Galaxy for all the latest Prey news! You can also follow us on Facebook, Twitter, Instagram, and YouTube to get the latest on your social media walls. Be sure to join in with fellow Alien and Predator fans on our forums as well!

Thanks to ace3g for the news.