There’s barely over a week left until Prey hits the home theatres on Hulu and Disney+! As that release dates draws tantalizingly closer, we’re continuing to see more interviews and articles with director Dan Trachtenberg and producer Jhan Myers to get the blood pumping in excitement! While this interview with NME doesn’t tell us much new about the upcoming film, it does come with 2 new behind-the-scenes images. 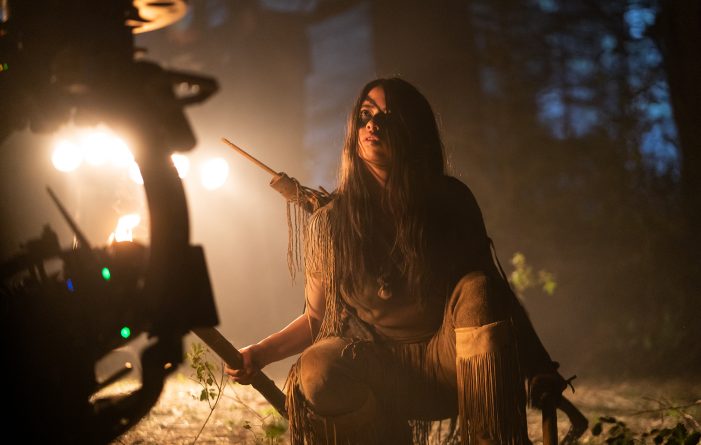 Dan also spoke to Mike Ryan at Uproxx, where he was asked about the difficulty of making a Predator sequel and how Dan wanted to retain the Predator feel without retreading the original.

I think that the challenge is giving that feeling the first one did again, without feeling like we’re just tracing that again. But it’s what inspired the redesign of the creatures. On the one hand, it had to feel undeniably Predator. But also deliver in a surprising way. The first movie was so great because you saw this cloaked being and that was already awesome, and then you saw it with the bio-mask. I assumed as a kid, when I saw it, I was like, Oh, that’s the predator. That’s the cool creature in this movie. And then at the end, you see it in its final form and you’re like, Oh no, that’s what it is?

So I really wanted this movie to also have those three stages. And to have delightful set pieces when it’s cloaked and we’re milking that for all it’s worth and then seeing it in its masked form and having fun sequences there. And then, yet again, delivering still yet one more thing up our sleeve in what it looks like in its final form. So that there’s still new iconography to add in to the franchise. 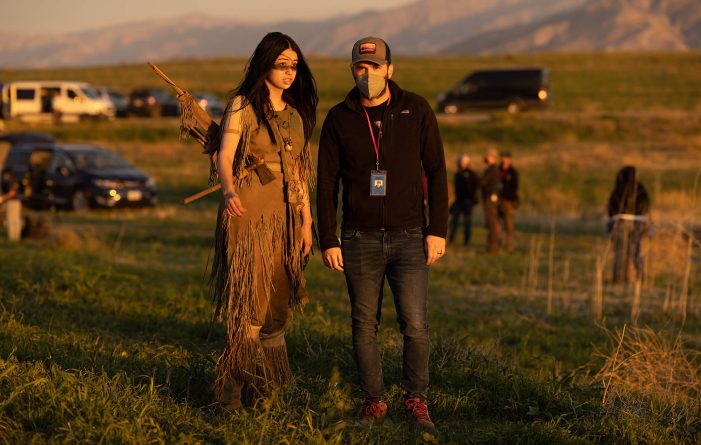 We made it to be a big theatrical experience and on the downside, it’s not being released that way. So you can’t see in the theater, but on the upside, the thing you’re getting straight into your living room is a giant theatrical experience. It’s not like a straight video dumping ground. It’s like, “This is a real movie.”

There’s so many venues that people want people to experience their, I hate to say the word content… They want things to feel premium. Right?

So Hulu hasn’t really had… There hasn’t been a 20th franchise baby that has come out yet. So they’re hoping to really ignite the platform to say, “We’re not just putting out the smaller, lower-budget fare. That this is also a place to have giant cinematic experiences.

The topic of the Disney merger was also brought up, and how the Prey director was concerned that it would result the film’s violence being toned down. But that wasn’t what happened.

I was terrified after the merger and then the Allens [Alan Horn and Alan Bergman] were going to take a look at the script and see… I was like, “Oh no, what if they don’t get it?” You know what? They loved it. They never said, “Cut the violence.” They never adjusted anything.

In fact, they wanted more dog, which is the one that everyone wants. Yeah, the whole impetus of the dog was to have it feel akin to The Road Warrior. That silhouette of Mad Max and that dog, we wanted to have Nadu and her dog. And they loved that and encouraged us to do more there. So it was not that they never had anything too negative to say, and loved the movie when they saw the first cut of it and wanted to make it as big as they possibly could and capitalize on making Hulu a great platform for giant movies like this.