Sarah Schachner, the composer behind several of the latest Assassin’s Creed video games including the latest Valhalla, has announced that she scored the soundtrack for Dan Trachtenberg’s upcoming Predator film, Prey! 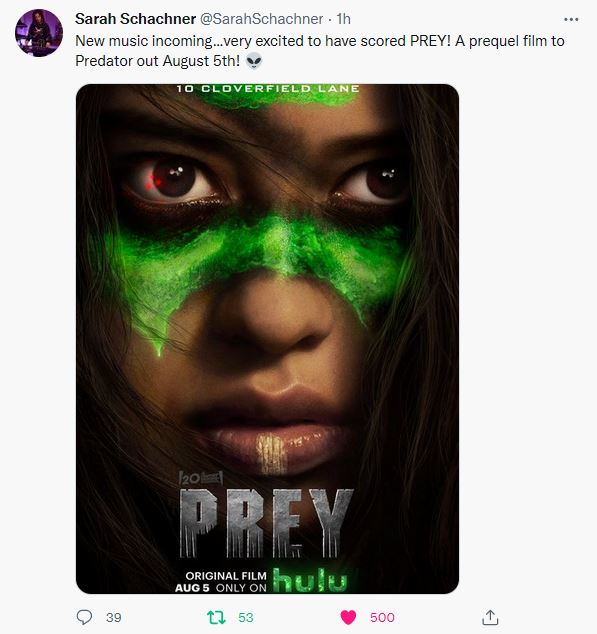 In addition to her work on the Assassin’s Creed series, Sarah Schachner is known for her work on other major video game franchises, including Anthem and Call of Duty. Her discography also includes films such as The Lazarus Effect and Remains. Thanks to Mikey for the news!