After a period of uncertainty as to when Marvel’s previously announced Predator series would release due to the Disney/Thomas Brothers lawsuit, Marvel has now announced that their first Predator comics from writer Ed Brisson and artist Kev Walker will be stalking into comic book stores in July of 2022!

The updated announced contains no new plot information, but does include a quote from Brisson.

“I’ve been obsessed with Predator since first seeing the film at the drive-in theater as a kid. I can still remember sitting there in horrified fascination and then acting out the movie for my classmates the following week at school. I bought the VHS and wore the hell out of the tape. Getting to write the characters launch for Marvel is a dream come true. When they offered me the gig, I already had a million ideas ready to go.

Not only am I excited to write a PREDATOR book, but I’m doubly excited to be working with Kev Walker on the series. The pages he’s turned in so far and mind-blowing. He’s delivered awe-inspiring alien planets; huge, blood-pumping action scenes: and devastatingly emotional beats all in the space of the first issue. I really think we’re making something quite special here.” 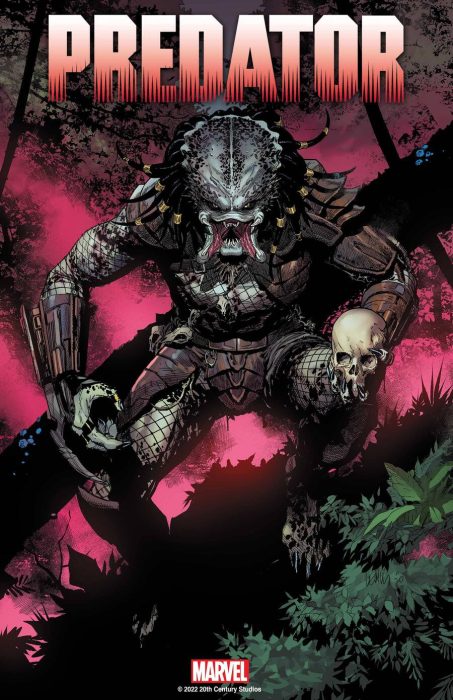 Marvel’s Predator: The Original Years Omnibus Vol. 1 was also a victim of delay due to the lawsuit, with its updated September release date having only just been announced in February. Predator #1 will release on the 6th of July. Thanks to Skewed & Reviewed for the heads-up.