As April quickly approaches, Cold Iron Studios has unveiled the contents of Season 3 of the Year 1 roadmap. As the roadmap laid out for us back in October, Season 3 features a new class and new game feature in the way of the Lancer class and Loadout Presets, which gives players the ability to save up to 10 presets that include Kits, Weapons, and Cosmetics.

The Lancer holds the line. They do not falter, they do not retreat. Often, they don’t even move.

Fire a powerful particle weapon that penetrates all enemies in the line of fire, blocked only by terrain.

Immediately reload weapon and automatically reload after every shot for duration. Increases Weapon Damage and Damage Resistance by 20%, decreases Movement and Fire Rate by 20%. 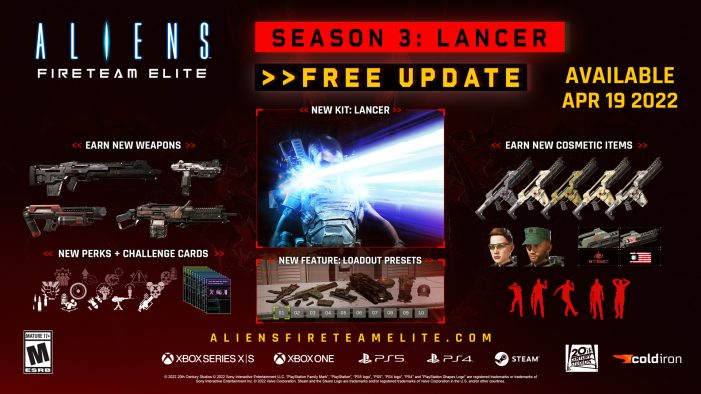 AoE on impact. A launcher in a non-heavy slot, lobbing fireballs with lasting fire patches.

Faster firing. Greater precision. All the goods of the X43 Flechette SMG brought to the DMR space.

Automatic burst. The control of an SMG wrapped in a Machine Pistol. 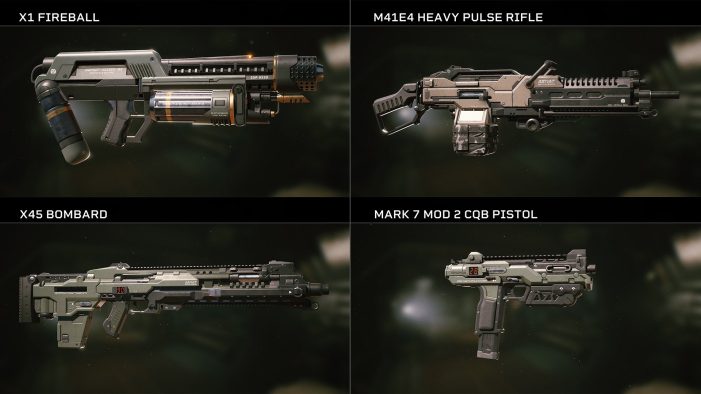 Season 3 is currently slated to drop on the 19th of April and will be available for free for all who own the game. The new paid-for cosmetic pack, the UACM Frontline pack, will also release alongside Season 3. The Frontline pack contains Mk. 57 compression suit and Marine utility jumpsuit skins for each class, a bucket hat, compression suit helmet, tactical helmet and anti-glare googles. Also included are new weapon decals and shaders, new emotes, challenge cards and more. 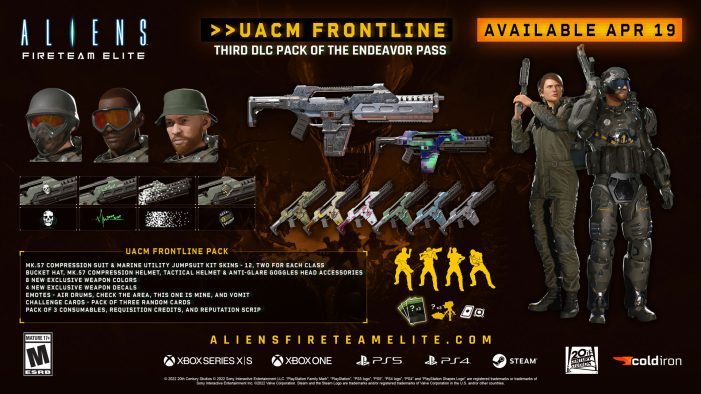 Though still some time away, Season 4 will be releasing in the 3rd quarter of 2022, along with a new game-mode and another new feature. 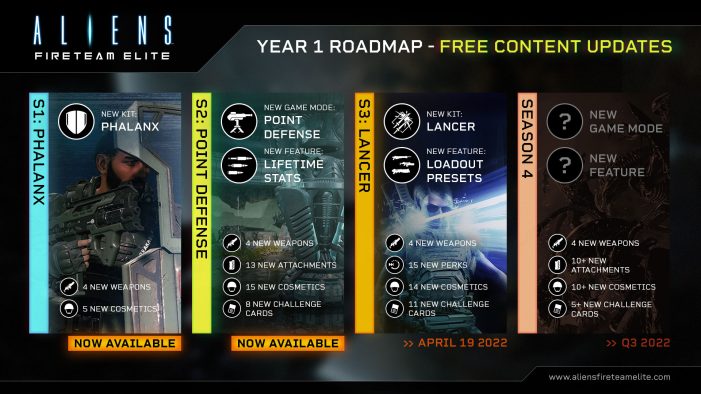