Entertainment Weekly has just announced that Titan Books will be exploring the past of Aliens’ Private Vasquez in an upcoming novel from author V. Castro that will not only explore Vasquez’s history, but the family she left behind.

Aliens: Vasquez is set to explore the canonical background of Vasquez, as well as the story of the children she was forced to leave behind. Even before the doomed mission to Hadley’s Hope on LV-426, Jenette Vasquez had to fight to survive. Born to an immigrant family with a long military tradition, she looked up to the stars, but life pulled her back down to Earth — first into a street gang, then prison. The Colonial Marines proved to be Vasquez’s way out — a way that forced her to give up her twin children.

Raised by Jenette’s sister, those children, Leticia and Ramon, had to discover their own ways to survive. Leticia by following her mother’s path into the military, Ramon by entering the corporate hierarchy of Weyland-Yutani. Their paths converge on an unnamed planet which some see as a potential utopia, while others would use it for highly secretive research. Whatever humans have planned for it, however, Xenomorphs will turn it into a living hell. 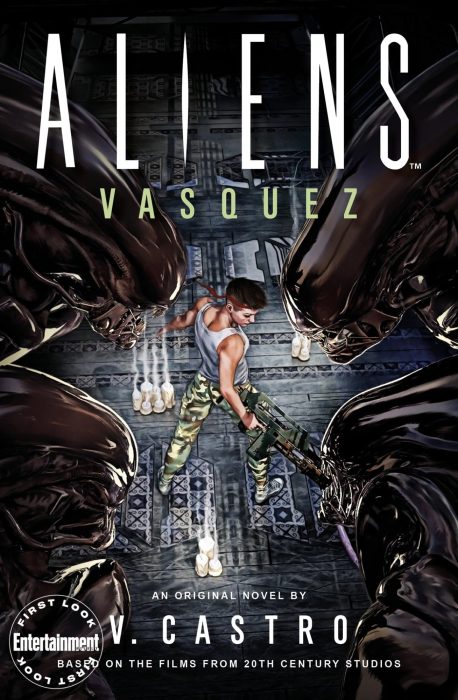 Vasquez’s heritage and family has been explored several times within the expanded universe, most recently with Marvel’s Aliens: Aftermath featuring her nephew who was in search of answers regarding his aunt’s disappearance. In the 1990s Dark Horse’s Aliens: Colonial Marines featured Vasquez’s younger sister, Carmen, as a primary character.

While this will be V. Castro’s first foray into the Alien series, she is an established horror writer whose most recent work is Goddess of Filth and The Queen of the Cicadas. Aliens: Vasquez is currently scheduled to release later this year on the 25th of October.