It is with sadness we must report yet another passing of a Hollywood great who was instrumental in the production of the original Alien.

Producer Alan Ladd Jr., one of the champions of getting Alien greenlit by 20th Century Fox in the late 70’s, has died at age 84. A cause of death was not immediately disclosed.

His passing was announced by his daughter, Amanda, on the facebook page for Laddie: The Man Behind the Movies, a documentary about his life and career that she directed. 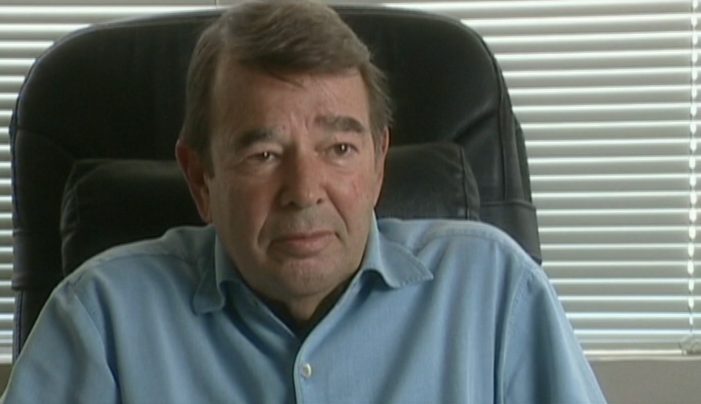 Alan Ladd Jr. during his interview for ‘The Beast Within: Making Alien’

“With the heaviest of hearts, we announce that on March 2, 2022, Alan Ladd, Jr. died peacefully at home surrounded by his family. Words cannot express how deeply he will be missed. His impact on films and filmmaking will live on in his absence.

In 1973, Ladd became the Head of Creative Affairs at 20th Century Fox, and then became President of the studio. He would eventually leave Fox in 1979 to create his own production house, The Ladd Company, and would go on to produce many Oscar winning and acclaimed films such as The Right Stuff & Blade Runner.

Charles De Lauzirika, who interviewed Ladd for his Alien and Blade Runner behind-the-scenes documentaries, paid tribute to the producer on Twitter: 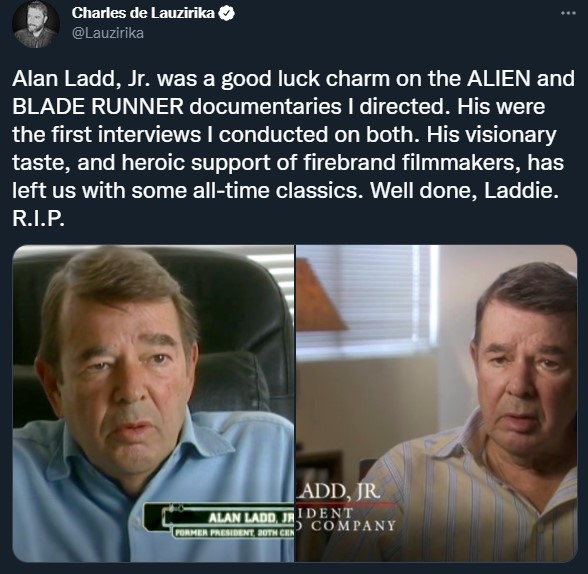 Ladd is survived by his wife, Cindra Pincock and daughters Kelliann, Tracy and Amanda. The thoughts of the Alien vs. Predator Galaxy staff and community go out to Ladd’s family and friends.