Ever since Noah Hawley’s Alien series was announced, the time that the series would be taking place has been a concern for many Alien fans. The regular use of the phrase “not too far future” or “near future” has been a worry that the series would be taking the place far earlier than the early 2100s that the first Alien takes place in. Thanks to recent comments from John Landgraf, those fans can stop worrying!

“Alien takes place before Ripley. It’s the first story that takes place in the Alien franchise on Earth. So, it takes place on our planet. Right near the end of this century we’re in — so 70-odd years from now. Ripley won’t be a part of it or any of the other characters of Alien other than the alien itself.”

70-ish years would put the series in the 2090s which is actually closer to Prometheus in the timeline than it is Alien, and even before Alien: Covenant. Also, it’s interesting to note that the existence of Aliens during this time period also conflicts with the David/Alien creation angle that Ridley Scott was starting to set up in Alien: Covenant (much to this fan’s delight). 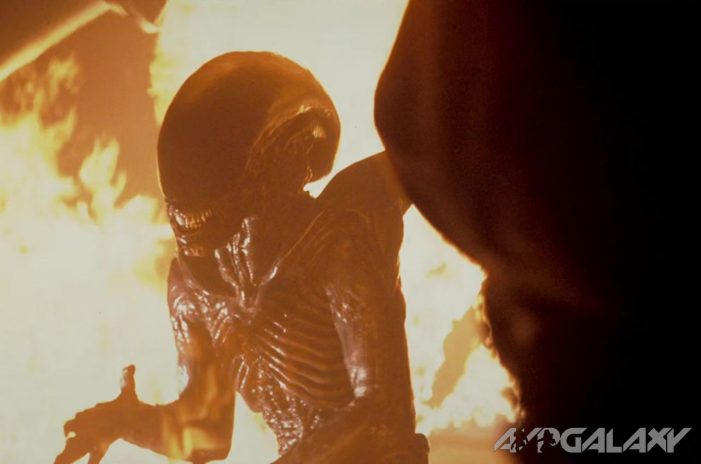 Landgraf also went on to compare Noah Hawley’s work on the series Coen brothers’ film, or how James Cameron’s Aliens relates to the original Alien.

“Noah has this incredible ability, and I think you’ve seen it with Fargo, to both find a way of being faithful, showing fidelity to an original creation like a Coen brothers’ movie, or in this case, Ridley Scott’s and James Cameron’s follow-up, Aliens, but also to bring something new to the table that represents extension and reinvention of a franchise at the same time.”

Deadline also clarried that as of writing, five scripts have been completed for the Alien series and seems to suggest that the recent delays in the shooting of the series is actually because of Hawley’s other series, Fargo, needing to take precedence “given its Midwest setting.”

Thanks to TheBATMAN and Mikey for the heads-up! Keep your browsers locked on Alien vs. Predator Galaxy for the latest Alien TV Series news! You can follow us on Facebook, Twitter, Instagram and YouTube to get the latest on your social media walls. You can also join in with fellow Alien and Predator fans on our forums!