In early November The Illuminerdi scooped the first character details from Noah Hawley’s upcoming Alien series. Alien vs. Predator Galaxy was able to corroborate, confirm and correct that initial report. Illuminerdi has now posted some additional details about those same characters, which again we can confirm are legitimate. Beware spoilers.

It looks like Alien is looking to cast a man in between 20 and 30 for the role of J.D. Hermit. J.D. Hermit, known as Hermit, is a human Medic for Prodigy Tactical Response, the private military of Prodigy Corporation. Hermit is described as a young man with an anxious temperament, but a good heart. Hermit is struggling to find his way believing himself to be curse as he mourns the loss of his family.

Hermit was particularly close with his 10 year old sister Marcy, who he was told died of cancer. Hermit is driven to help others, but he feels untethered and isolated in his grief. However, in the face of great danger Hermit proves that people have severely underestimated him and that he in fact has the heart of a hero.

Alien is also looking to cast a woman in her mid 20s to mid 30s to play Wendy. Wendy is described as tall, athletic, and androgynous. Wendy is not a human instead she is a “Hybrid”, a superhuman who is essentially perfect. However, all is not as it appears with Wendy as she in fact has the mind of Hermit’s 10 year old sister Marcy. She learns how to live and control this new body under the tutelage of “Synth” scientist Kirsh and human scientist Dame Sylvia.

Wendy eventually becomes a leader to the hybrids and creates the path for a new era of enhanced beings. Wendy, once she reaches full development, will have super strength, speed, and agility combined with the limitless courage of a young mind. Wendy is not only a new being, but a tool of monumental value to the world. 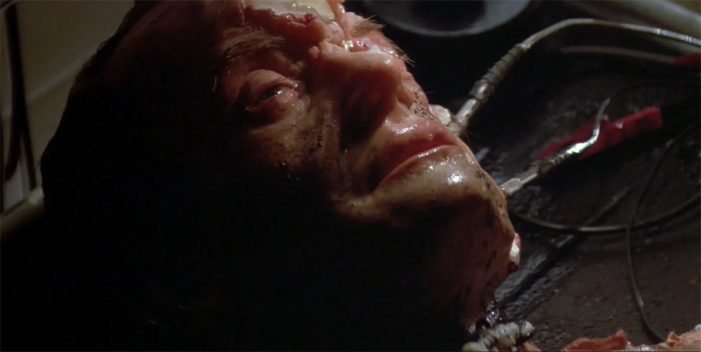 When we heard from Noah Hawley earlier this month, he talked about how the series will explore the idea of competing corporations attempting to seek “immortality” in differing ways.

In the movies, we have this Weyland-Yutani Corporation, which is clearly also developing artificial intelligence—but what if there are other companies trying to look at immortality in a different way, with cyborg enhancements or transhuman downloads? Which of those technologies is going to win?

We now know that the name of the company responsible for investigating the concepts of transhuman downloads is the Prodigy Corporation, who have their own PMC units. Thanks to Mr_H for the news!